It’s a dark, mysterious trip for ‘Murder on the Orient Express’ 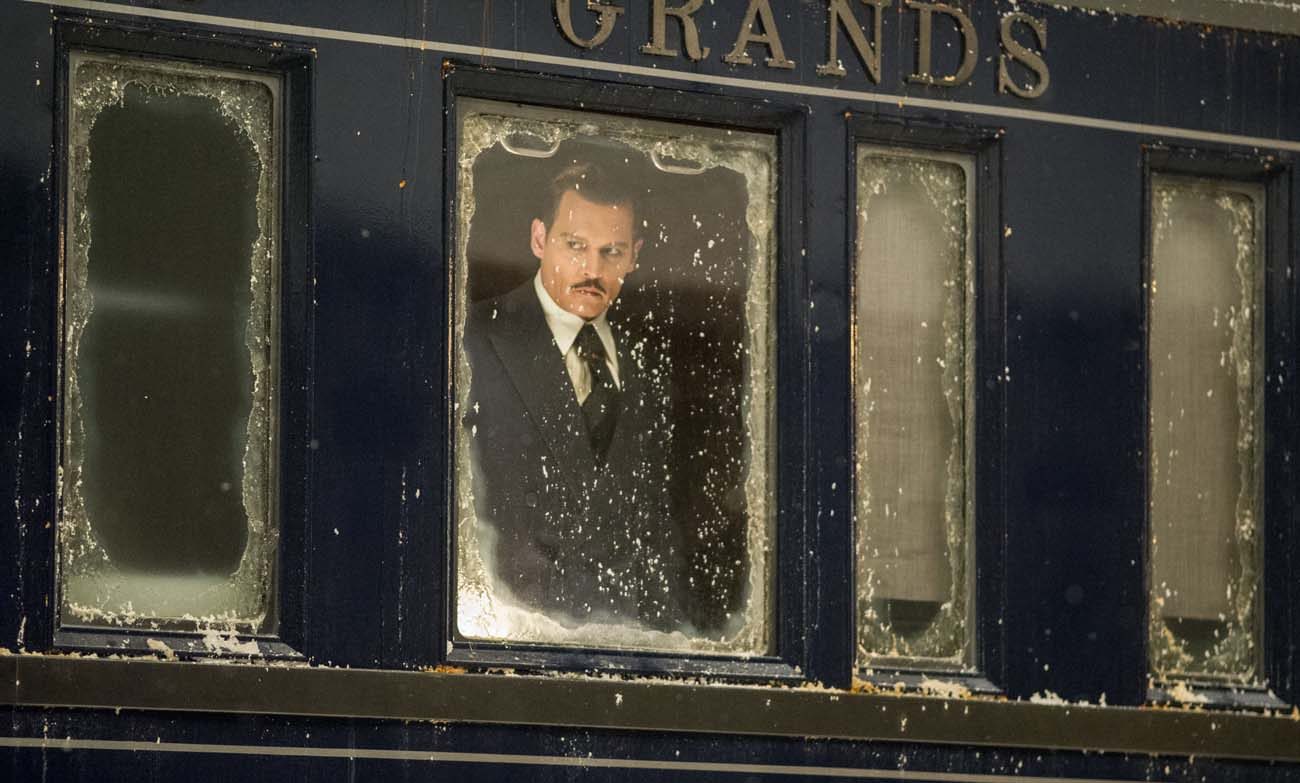 Johnny Depp stars in a scene from the movie "Murder on the Orient Express." (CNS photo/Fox)

Now Kenneth Branagh makes the possessor of the celebrated “little gray cells” his own in the sleek ensemble whodunit “Murder on the Orient Express” (Fox). He also helms the project as director.

Viewers not too mesmerized by the magnificent Guy Fawkes-style goatee with which Branagh has armed himself — “Geraldo Rivera, eat your heart out,” his elaborate mustaches seem to shout as they flaunt their baroque splendor — will note that religious undertones are interwoven into the narrative, which also raises significant moral issues, at least in the abstract.

Like the crime at the heart of the story, and an earlier tragedy to which it seems to be tied, these ethical questions are unsuitable for kids. But Branagh’s take on this classic tale, made into a 1974 film by Sidney Lumet, is sufficiently restrained in other respects as to be possibly acceptable for older adolescents.

References to God and faith in screenwriter Michael Green’s script will come as less of a surprise to those who recall that Christie repeatedly has Poirot identify himself as “bon Catholique” (a good Catholic). While his behavior in this chapter of his annals falls short of strict conformity with the moral principles upheld by the church, it’s hard not to sympathize with his viewpoint in a set of unique circumstances.

Hard cases, so the legal maxim has it, make bad law. Moviegoers of any persuasion, moreover, are hardly likely to have either the opportunity or the inclination to imitate the unacceptable actions that are excused on screen. This is simply not the kind of film from which real-life conclusions are drawn.

Turning the conventions of her genre upside down, in a sense, Christie’s narrative, pegged here to the year of her book’s publication, 1934, presents Poirot with, if anything, too many clues and an array of plausible suspects in the grisly murder of gangster Edward Ratchett (Johnny Depp).

With the luxurious train of the title temporarily derailed by an avalanche that occurs almost simultaneously with the crime, Poirot has the opportunity to question everyone under suspicion. The possible killers include Ratchett’s morose secretary, Hector MacQueen (Josh Gad), and very proper British butler, Edward Henry Masterman (Derek Jacobi), as well as the full complement of the deceased’s fellow passengers.

Hardman’s racist theories as well as similar attitudes that would prematurely point the finger of blame at African-American physician Dr. Arbuthnot (Leslie Odom Jr.) or at a prosperous Latino car dealer named Marquez (Manuel Garcia-Rulfo) are duly squashed as the proceedings chug along to their familiar-to-many conclusion.

Even for those who know where the tracks are headed, Branagh’s retracing of the journey makes an enjoyable, if rather dark, trip. As for the choices required to reach the picture’s ultimate destination, they might form the basis for a valuable family discussion about the proper balance between divine and human justice.

The film contains a vengeance theme, scenes of violence, some gory images, a couple of uses of profanity, a few milder oaths and occasional sexual references. The Catholic News Service classification is A-III — adults. The Motion Picture Association of America rating is PG-13 — parents strongly cautioned. Some material may be inappropriate for children under 13.

PREVIOUS: Filmmaker of ‘Novitiate’ had little Catholic grounding, and it shows