‘Justice League’ heroes suit up for another predictable battle 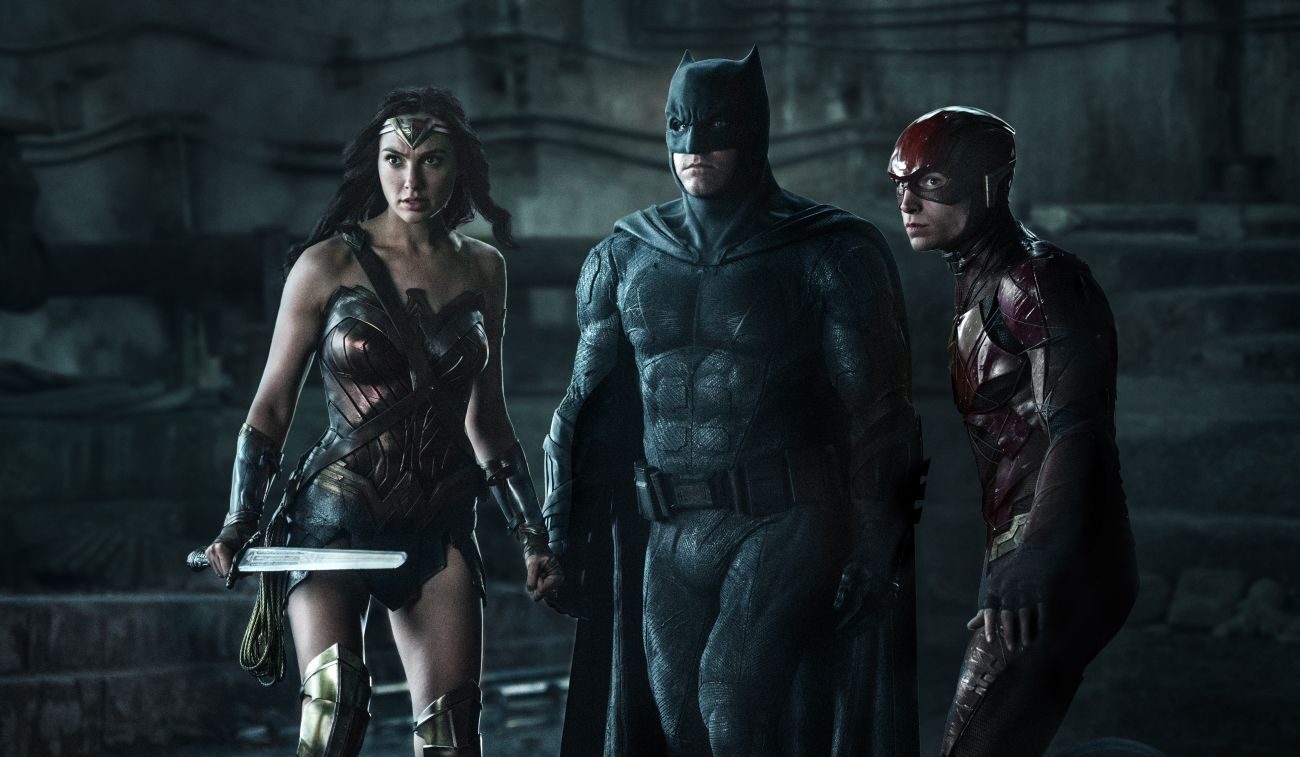 NEW YORK (CNS) — When it comes to repetitiously threatening the world with annihilation, Hollywood is almost as persistent as North Korean state media.

So the global danger looming over “Justice League” (Warner Bros.) feels all too familiar, a case of Yogi Berra’s famous déjà vu all over again.

Set to bring on the apocalypse this time is Steppenwolf (Ciaran Hinds), a giant alien who wants to reassemble three energy-generating boxes collectively known as the Unity. Bad idea, as this would unleash a chain reaction that would leave all life on Earth kaput.

From humanity’s perspective, Steppenwolf’s timing couldn’t be worse since, as viewers of 2016’s “Batman v Superman: Dawn of Justice” will remember, Superman (Henry Cavill) is dead. With Krypton’s favorite son out of the picture, it’s up to Batman (Ben Affleck) and Wonder Woman (Gal Gadot) to thwart Steppenwolf’s scheme.

Realizing they’ll need all the help they can get, the Caped Crusader and the Amazonian warrior set out to gather a team of superheroes or, in DC Comics parlance, metahumans. Their trio of targeted recruits is made up of the Flash (Ezra Miller), Aquaman (Jason Momoa) and Cyborg (Ray Fisher).

The speedy Flash is enthusiastic, but human-robot amalgam Cyborg has a tendency to brood, while master of the sea Aquaman is a loner. Batman and Wonder Woman, meanwhile, have contrasting ideas about how to pursue their quest.

Adding to a franchise that kicked off with his 2013 film “Man of Steel,” director Zack Snyder deploys predictably outsized special effects. But the meager story laid out in Chris Terrio and Joss Whedon’s screenplay features a crucial plot development — not to be specified for fear of a spoiler — that may not go down well with Christian viewers. And, overall, the script offers little in the way of human interest.

There are some laughs to be had from the Flash’s socially inept persona, however. The idea of a youthful, Woody Allen-like nebbish endowed with superhuman powers is an appealing one, and Miller makes the most of it. But his performance is hardly enough to compensate for this action adventure’s glaring weaknesses.

With Steppenwolf’s weapon of choice vaguely suggesting a sinister version of the Trinity, and science intruding on a divine prerogative in the sequence referred to, but not analyzed, above, this is not a suitable choice for young and impressionable moviegoers. Neither will it satisfy demanding grownups.

The film contains constant stylized violence, two uses of profanity, a milder oath, several crude and a couple of crass terms and some bleeped-out swearing. The Catholic News Service classification is A-III — adults. The Motion Picture Association of America rating is PG-13 — parents strongly cautioned. Some material may be inappropriate for children under 13.

NEXT: Archaeologist finds his human side at the tomb of Christ