Back story of ‘A Christmas Carol’ makes for charming new film 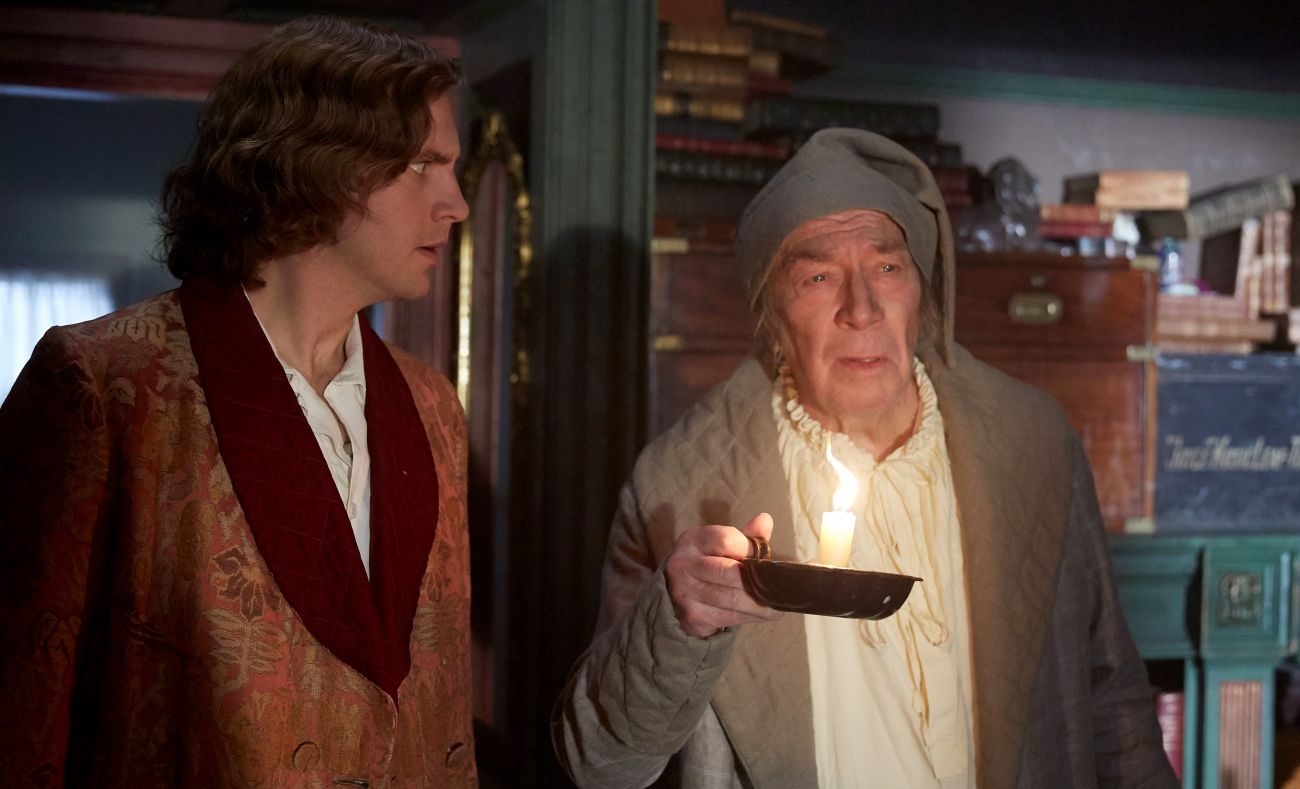 Dan Stevens and Christopher Plummer star in a scene from the movie "The Man Who Invented Christmas." (CNS photo/Bleecker Street)

NEW YORK (CNS) — Its rather ill-chosen title notwithstanding, “The Man Who Invented Christmas” (Bleecker Street) involves no denial of the Nativity.

Dan Stevens brings brio to his portrayal of the complex writer, whose humanitarian instincts seem, initially, to benefit all but those closest to him. And the film as a whole shares much of the warmth of the slender volume whose creation it chronicles.

With his last three titles having failed to sell, Dickens fears falling into debt if his next production is equally unpopular. But, having struck on the idea of a holiday-themed narrative, he struggles with writer’s block and with the endless distractions of his burgeoning family’s domestic life.

A visit from his feckless father, John (Jonathan Pryce), whom Dickens blames for the sufferings of his childhood — flashbacks show us his grim life as an apprentice is a shoe polish factory — is a particular source of worry and conflict. Dickens, who fancifully summons up, and interacts with, his own characters, also spars with dour miser Ebenezer Scrooge (Christopher Plummer) who here serves as a naysaying critic of Dickens’ work.

When his publishers, Chapman (Ian McNeice) and Hall (David McSavage), turn the prospective volume down, Dickens resolves to publish it himself, thus raising the financial stakes still further. He does at least enjoy the steady encouragement of his patient wife, Kate (Morfydd Clark), and of his friend and unpaid literary agent, John Forster (Justin Edwards).

The conversion story Dickens’ eventually pens finds a real-life counterpart in the amendment of his own behavior. So director Bharat Nalluri’s adaptation of Les Standiford’s 2008 book has some positive moral lessons to convey about consideration and forgiveness.

Since it’s also family-friendly in most respects — a solitary instance of mild bedroom humor is based entirely on inference — “The Man Who Invented Christmas” will likely prove a winner with a broad range of age groups.

The film contains a very vague sexual joke and a single mild oath. The Catholic News Service classification is A-II — adults and adolescents. The Motion Picture Association of America rating is PG — parental guidance suggested. Some material may not be suitable for children.