National confab was a big hit; energy to evangelize must be seized 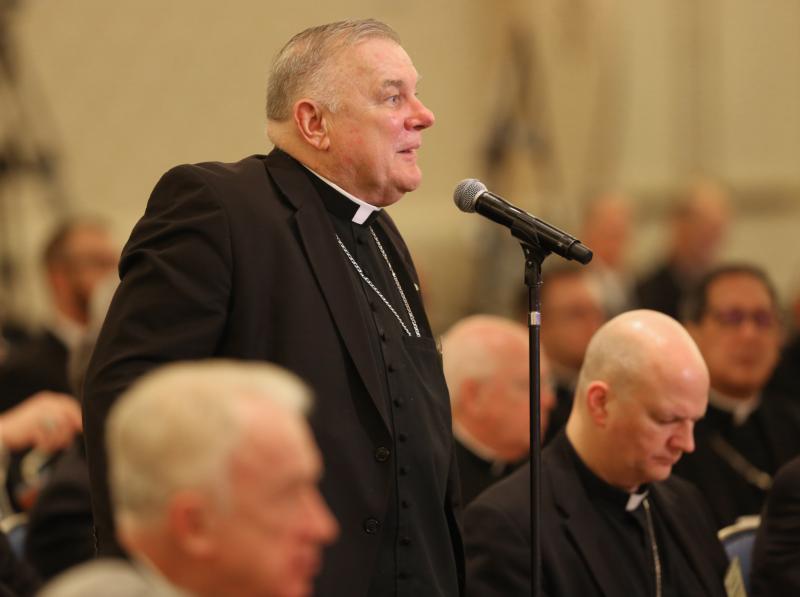 BALTIMORE (CNS) — Last July’s Convocation of Catholic Leaders proved to be such a hit among participants that local dioceses were encouraged during the U.S. bishops’ fall general assembly to build on the momentum that emerged to answer Pope Francis’ call to evangelize.

Addressing the assembly, a trio of bishops said the convocation energized attendees and offered an opportunity to “be bold and creative” in building evangelization efforts to bolster church and parish life.

“This was certainly a great event that reached key people throughout the world,” Archbishop Thomas G. Wenski of Miami, a member of the bishops’ Working Group on the Life and Dignity of the Human Person, which planned the convocation. “My brothers, not only was this event great, it was different. It was not just another meeting. It has given us an opportunity of a new moment of evangelization in the United States.”

The gathering brought together more than 3,200 Catholic leaders for four days in Orlando, Florida. Archbishop Wenski said that while the event was led by the bishops, it gave attendees the opportunity to hear and be heard.

The convocation was developed in response to Pope Francis’ call to missionary discipleship in his apostolic exhortation on the proclamation of the Gospel, “Evangelii Gaudium.”

A survey of attendees showed an overwhelmingly positive response to the event, said Archbishop Joseph F. Naumann of Kansas City, Kansas. Of more than 1,500 responses, 93 percent considered the event excellent or good, “with a clear majority claiming it to be excellent,” he said.

“We are humbled by this reception, which challenges us to advance the next step effectively,” he told the assembly.

Respondents also reported that having the bishops on hand to listen and join in discussions was among the best outcomes of the convocation, he said.

“It was good to be with our bishops knowing they wanted to be with us,” Archbishop Naumann quoted one participant as saying in the survey.

Another, he said, responded, “My favorite part of the convocation was feeling that all the church leadership was walking together.”

Attendees also said they wanted to continue the discussions with key leaders in their home dioceses, he said.

“We should also see this as a time to ask, ‘How can we encourage this dialogue in our dioceses?'” Archbishop Naumann said.

Bishop David L. Ricken of Green Bay, Wisconsin, urged the bishops to act quickly as possible to tap the energy coming from the convocation.

“In many ways, the momentum of the 2017 convocation must move from the national level now to the local level, to our dioceses, local parishes, Catholic institutes, movements, apostolates and in the local work of national organizations,” he said. “The convocation was always seen as a resource to assist the church in the United States especially to our bishops and delegations of leaders to take the next steps of evangelization in our local churches.”

Bishop Ricken pointed to local convocations that have convened since July and how they have generated their own excitement to carry out “Evangelii Gaudium ” (“The Joy of the Gospel”).

He said resources from the Orlando convocation, including the posting of video and audio recordings of panel discussions and presentations, texts, and practical suggestions that emerged, are available at www.usccb.org/convocation.

“Pope Francis’ challenge of a missionary renewal still remains with us,” the bishop added. “We pray that the convocation was one step to assist our continued efforts in the missionary and pastoral conversion so well modeled every day by our Holy Father, Pope Francis.”

PREVIOUS: California bishop asks for prayers after shooting tragedy in his state