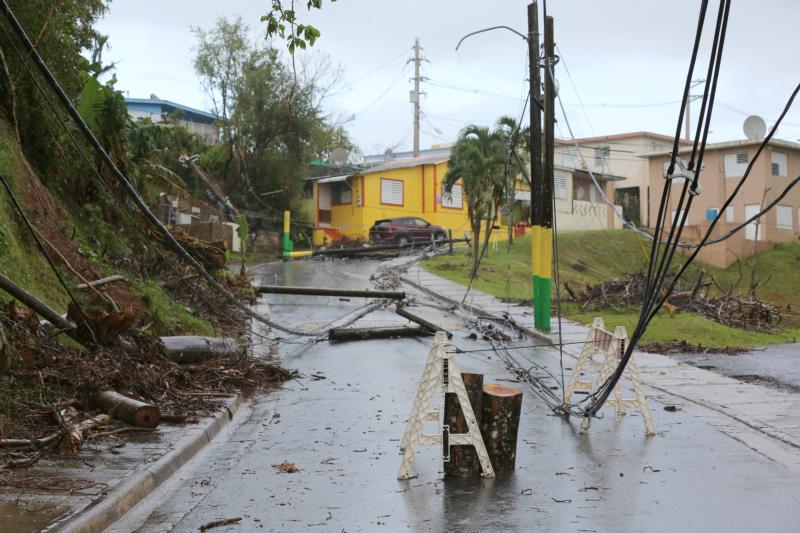 WASHINGTON (CNS) — As November began, the people of Puerto Rico still faced “an unprecedented level of need” because of hurricanes Irma and Maria, which devastated the island in September, said the chairmen of two U.S. bishops’ committees.

They called for “meaningful action” through legislative means and emergency funds to address “both the immediate and long-term needs of the Puerto Rican population.” They also urged Catholics and all people of goodwill to show support of “our brothers and sisters in such dire need.”

Irma hit Puerto Rico Sept. 7 and Maria hit Sept. 20, creating even more destruction than the first hurricane. To date, more than 70 percent of Puerto Rico is without electricity and running water. Other islands, including the U.S. Virgin Islands, are also facing challenges in their recovery.

In statements issued right after the storms, Cardinal Daniel N. DiNardo of Galveston-Houston, president of the U.S. Conference of Catholic Bishops, urged Catholics to respond with prayer and other help “in this time of great need for our brothers and sisters in harm’s way — many of whom have been hit repeatedly by the successive hurricanes.”

He noted the catastrophic effects of Hurricane Maria were visited on Puerto Rico and elsewhere in the Caribbean “just as we begin to assess the material and emotional damage of hurricanes Harvey and Irma.”

Since those statements, little has improved in Puerto Rico, said Bishop Frank J. Dewane of Venice, Florida, and Archbishop Paul D. Etienne of Anchorage, Alaska. They issued a joint statement Nov. 2 as the chairmen of, respectively, the U.S. Conference of Catholic Bishops’ Committee on Domestic Justice and Human Development and the Subcommittee of the Catholic Home Missions.

“The island is in the midst of a public health crisis, and food security, health care access, and sustainable alleviation of the island’s debt are challenges that must be resolved in a comprehensive way,” Bishop Dewane and Archbishop Etienne said.

“These will require great effort and significant contributions of financial resources and material assistance,” they said.

The prelates noted that the people of the U.S. Virgin Islands and other islands in the region “face dramatic consequences to their economies, which are predicated on an active tourist industry. The enormous and adverse impact of the storms for the livelihood of the Virgin Islands is evident.”

On top of the “human costs,” they said, the “physical plant” of the Catholic Church in Puerto Rico — including parish buildings and schools — “has been grievously damaged by the hurricanes.”

Bishop Dewane and Archbishop Etienne pointed to what Archbishop Roberto Gonzalez Nieves of San Juan, Puerto Rico, has said, that “virtually every church structure on the island has been affected by these storms.”

“This need is particularly compelling considering the central role that parishes perform as natural centers in providing pastoral outreach to impacted individuals and families in times of crisis,” the two prelates said. “Aid and financial resources are necessary to restore the physical settings where the church heals through its ministries those most desperately in need.”

The people of Puerto Rico have had to deal with serious problems for many years,” they said, such as “economic upheaval and scarcity, persistent joblessness, and other social problems resulting from the financial crisis gripping the commonwealth’s economy.”

“They bear little responsibility for the island’s financial situation yet have suffered most of the consequences. Now, the recent devastation has made the circumstances, especially for those in need, unbearable,” they said.

“As pastors, we share in the suffering borne by our brother bishops and the people they shepherd in Puerto Rico,” they continued. “We stand ready, through legislative advocacy as well as by means of the emergency funds set up in the aftermath of Hurricane Maria, to support with compassion our brothers and sisters in such dire need.”

“We urgently beseech all Catholics in the United States to join with all people of goodwill in supporting these crucial initiatives at this critical point in time for the people of Puerto Rico,” they said.

NEXT: U.S. opioid epidemic affects not only addicts but families and budgets