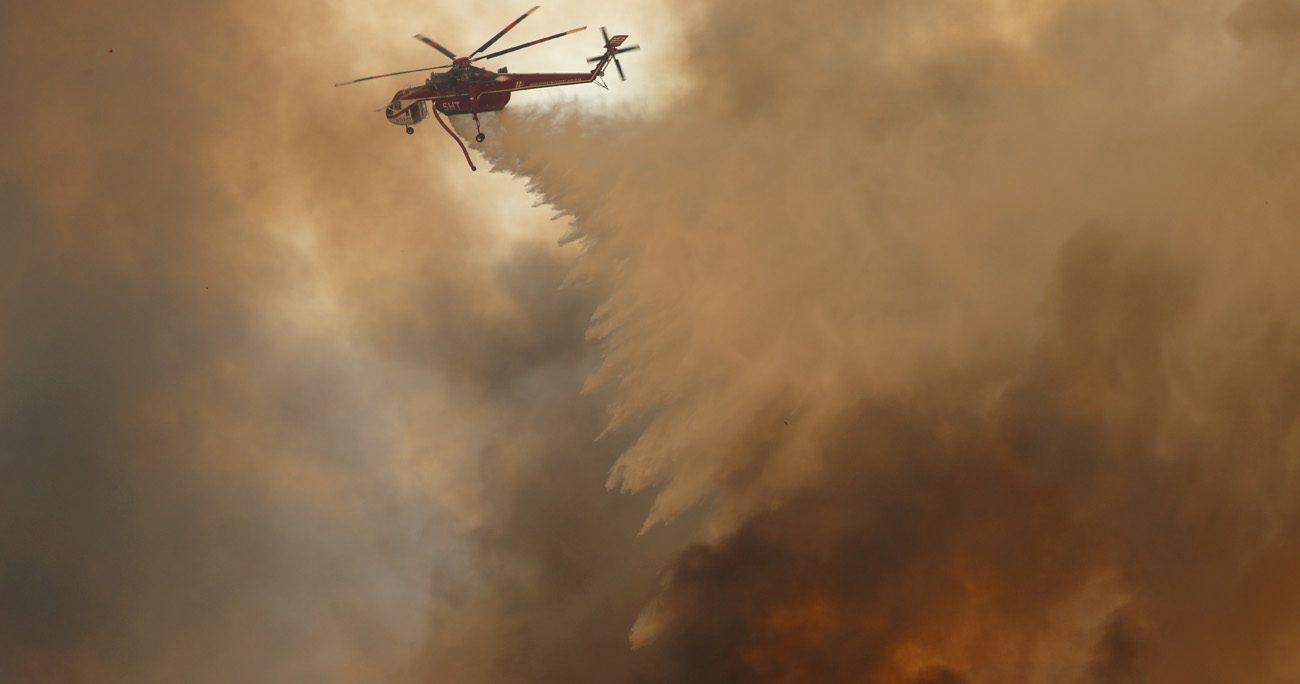 Since Sept. 3, Disco-Shearer has been in the field coordinating the society’s response with local Vincentian councils to powerful, drenching hurricanes in Texas and Florida and ruinous wind-driven wildfires in California. Puerto Rico is next on her itinerary.

In 2016, it was torrential rains that washed out 1,200 homes in West Virginia followed by more flooding from a hurricane that swept up the East Coast from Georgia to Virginia. A year earlier, record precipitation along a stalled frontal boundary caused massive flooding in South Carolina and North Carolina. Along the way, there have been particularly strong tornadoes across the country.

Responding to the string of extreme weather events has been a challenge for the society in the affected communities and the society overall.

“The hurricanes and tornadoes, everything seems to be a greater intensity,” Disco-Shearer told Catholic News Service. “Instead of 100-year floods, we’re seeing 1,000-year floods.

She expects more of the same in the years ahead based on the findings of climate scientists who say global warming is causing more extreme weather. She is working with the society’s leadership to work with its partners to secure new funding so it can be ready to respond to future extreme events.

Disco-Shearer was one of three people who discussed the effects of a warming planet during an online webinar Nov. 2 sponsored by the Catholic Climate Covenant. She focused on the growing need for the society’s services as extreme weather occurs more frequently.

Paz Artaza-Regan, program manager for the Catholic Climate Covenant, said the webinar was intended to help the Catholic Church respond to “these more frequent and intense storms.”

Presenters included Alan Betts, a Vermont-based climate scientist who has spent more than 40 years studying global weather and climate with scientists and institutions around the world.

Betts years ago concluded that the planet is warming and that humans are the cause of it. He blames humanity’s penchant for burning fossil fuels in large quantities since the mid-19th century.

The rapid use of carbon-based fuels that have been stored underground for millions of years concerns Betts. He argued that dismissing the evidence scientists have uncovered for the sake of short-term profit is irresponsible.

Similarly, the world’s oceans also are a storehouse for excess heat. The Climate Special Report released by 13 federal agencies Nov. 3 found that the oceans have absorbed 93 percent of the excess heat caused by greenhouse gas warming since the mid-20th century, leading to altered global and regional climate.

Further, Betts said, the warmer the oceans, the more intense the hurricanes.

The report, compiled by more than 50 climate scientists as part of the wider Fourth National Climate Assessment mandated by Congress, concludes that it is “extremely likely” that human activities, especially regarding emissions of greenhouse gases, are the leading cause of a warming planet.

That concerns Betts and fellow scientists, including Jason Cervenec, education and outreach director at the Byrd Polar and Climate Research Center at Ohio State University.

Cervenec, a member of Christ the King Parish in Columbus, Ohio, who helped develop the Diocese of Columbus’ Creation Care Guide, visits parishes, schools and community groups to explain the science behind global warming.

To illustrate the changing climate, Cervenec often uses examples from Ohio, where the growing season has lengthened and the tapping of maple trees to collect sap to be evaporated into syrup has shifted from March to, in some cases, January.

For Midwest farmers, he said, long dry spells are being permeated by more intense downpours that carry nutrients and fertilizers into local rivers and lakes, causing harmful algal blooms.

“With these events, we’re seeing an upward trend in the number and intensity,” Cervenec explained.

Betts, too, knows about the warming planet from experience. He remembers that not all that many years ago it was impossible to work the soil in his garden. In more recent winters, he has been able to harvest spinach and lettuce year-round.

Both Betts and Cervenec hope that the facts they present along with the stories of the impact of extreme weather on people that Disco-Shearer shares from local communities will hold sway over political and ideological arguments that question climate change.

“Science can tell you what is happening and likely to happen in the natural world. It doesn’t answer the question ‘What should you do in response?’ There has to be moral or ethical grounding to answer that question,” Cervenec said.

“Science is neutral. The larger community can respect the fact that the science community is concerned and climate change is going to affect the country,” he added.

“Most countries are not having the discussion if the science is accurate. In the United States, we’ve got to depoliticize the issue and talk more person to person on a lot of civil issues. This is one of them.”

PREVIOUS: You say you’re ‘spiritual but not religious’: What does that mean?