You say you’re ‘spiritual but not religious’: What does that mean? 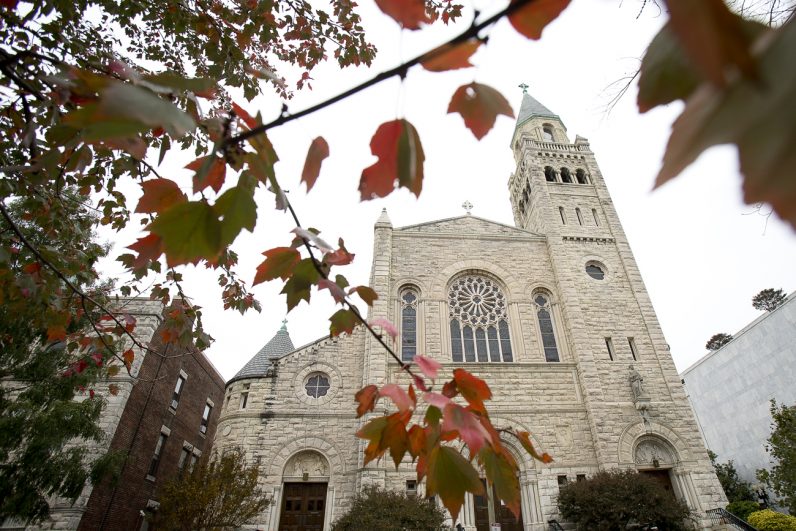 St. Peter’s Catholic Church on Capitol Hill is seen in Washington Nov. 8. Public Religion Research Institute and Florida State University conducted a survey to try to get at what people mean by being “spiritual but not religious.” (CNS photo/Tyler Orsburn)

WASHINGTON (CNS) — It’s almost reached the level of cliche in American society: You ask someone why they don’t go to church, and they reply, “Oh, I’m spiritual but not religious.”

But what does that mean? A survey conducted jointly by the Public Religion Research Institute and Florida State University does not provide hard-and-fast answers, but it offers clues.

Without asking respondents directly whether they considered themselves spiritual but not religious — or at any other spot on the spirituality-religiosity spectrum — the survey tried to tease out what made them different from their fellow Americans.

“We tried eight different measures to get a spiritual analysis,” said Dan Cox, PRRI research director. “Three (measures) really held together: They felt particularly connected to the world around them, they felt a part of something larger than just themselves, and they found a larger purpose in life.”

To determine whether survey respondents were religious, “we took a more conventional approach: frequency of worship attendance and salience — how important people said religion was in their life,” Cox said.

“We didn’t really look at the actual practices,” Cox told Catholic News Service in a Nov. 8 telephone interview, although that may be part of a future survey involving the same respondents. “We looked at yoga and meditation. The spiritual folks are more likely to meditate but not to participate in yoga. Those are the only two behaviors that we looked at.”

One intent of the study was to “look at what difference, if any, that spirituality makes in people’s behavior and life satisfaction. According to our definition of spirituality, it has a discernible impact,” Cox said. “How they treat other people, pro-social behaviors, holding the door open for someone, letting others cut in line.”

Among the not religious but spiritual group, 62 percent said they had listened to someone talk about a problem in the past week; 49 percent reported they were moved, touched or inspired while watching television in the last week — double that of the 24 percent of nonspiritual Americans; and 72 percent said the statement “if I had to list everything I felt grateful for, it would be a very long list” describes them either exactly or very well.

“No activity is a greater source of inspiration than listening to music,” the survey report said. “Roughly seven in 10 (71 percent) spiritual Americans — including 69 percent of the spiritual but not religious — say they have been touched, moved or inspired within the last week while listening to a song or piece of music.”

“Spirituality is obviously a concept that can be difficult to pin down. The GSS — the General Social Survey (by the National Opinion Research Center at the University of Chicago) — is a large data set. And it asks, ‘Do you consider yourself a religious person, do you consider yourself a spiritual person?’ That’s not the approach that we took,” Cox said.

The Pew Research Center, he added, also asks respondents to identify themselves as spiritual or religious or not, and comes up with a higher percentage than did PRRI. Therefore, the 18 percent figure can’t be compared to a number arrived by a different survey using different measuring methods.

“Are they growing, are they shrinking? We don’t know,” Cox said. One thing is for sure, he noted: “Interest in spirituality is increasing. There’s some signs of that.”

“Most Americans who are spiritual but not religious still identify with a religious tradition,” said the survey report, released Nov. 6.

When split according to religious affiliation, unaffiliated respondents were highest in being neither spiritual nor religious (65 percent) and being spiritual but not religious (29 percent, with non-Christians at 28 percent), and lowest on being both spiritual and religious (1 percent).

The survey has a margin of error of plus or minus 3.1 percent.