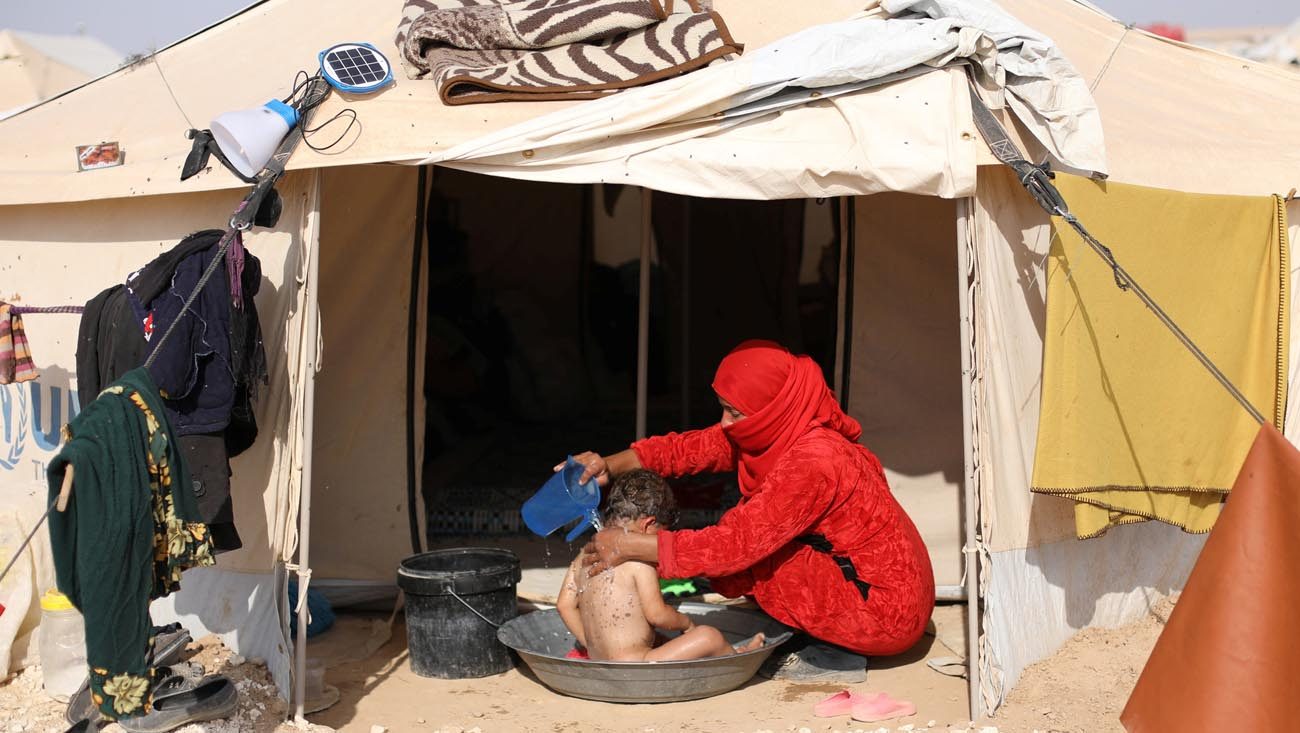 VATICAN CITY (CNS) — Exploiting a fear of migrants and refugees for political gain increases the possibility of violence and discrimination and does nothing to build a culture of peace, Pope Francis said in his message for World Peace Day 2018.

“Those who, for what may be political reasons, foment fear of migrants instead of building peace are sowing violence, racial discrimination and xenophobia, which are matters of great concern for all those concerned for the safety of every human being,” the pope said in the message, which was released by the Vatican Nov. 24.

The pope chose “Migrants and refugees: Men and women in search of peace” as the theme for the celebration Jan. 1, 2018. The message is delivered by Vatican nuncios to heads of state and government around the world.

Presenting the message to the media, Father Bruno Marie Duffe, secretary of the Dicastery for Promoting Integral Human Development, said, “It is clear peace begins with saving lives and taking care of people who are trying to escape wars, discrimination, persecution, poverty and climate disasters.”

As work continues on the U.N. Global Compact on Refugees and the Global Compact on Safe, Orderly and Regular Migration, Pope Francis urged the international community not to surrender “to cynicism and to the globalization of indifference.”

Countries at the U.N. General Assembly voted in September 2016 to develop the compacts; after meetings around the world, a draft of each compact is scheduled to be released in February and a final vote is scheduled for September 2018.

In his message, which was signed Nov. 13, the feast of St. Frances Cabrini, patron of migrants, Pope Francis said thinking about peace naturally meant thinking about “those who most keenly suffer its absence.”

International organizations estimate there are some 250 million international migrants around the globe and that about 22.5 million of them are refugees, who have fled war, violence or persecution.

In their search for a place where they can live in peace, the pope said, many are “willing to risk their lives on a journey that is often long and perilous, to endure hardships and suffering, and to encounter fences and walls built to keep them far from their goal.”

Pope Francis acknowledged the right and obligation of countries to protect their borders and wisely allocate their resources, including those dedicated to resettling migrants and refugees. But the pope also insisted that basic human decency requires sheltering those whose dignity is at risk.

Jesuit Father Michael Czerny, undersecretary of the Migrants and Refugee Section of the Vatican Dicastery for Promoting Integral Human Development, told reporters the “prudence” Pope Francis is calling for involves discernment and wise direction. He compared it to the responsibility parents exercise in running a household.

“Prudent parents respond and allocate resources wisely,” he told reporters. “If resources are inadequate, they adjust goals. They obviously do not expel members who seem overly needy. What kind of family would do that? And yet that is what the human family sometimes seems to do to asylum seekers and refugees.”

In the message, the pope also said that welcoming migrants and refugees actually contributes to peace and benefits host countries.

Migrants and refugees “do not arrive empty-handed. They bring their courage, skills, energy and aspirations, as well as the treasures of their own cultures; and in this way, they enrich the lives of the nations that receive them,” he said.

When people in need are welcomed and valued, “seeds of peace” begin to sprout, the pope said. “Our cities, often divided and polarized by conflicts regarding the presence of migrants and refugees, will thus turn into workshops of peace.”

As he said in a message released earlier for the World Day of Migrants and Refugees 2018, coordinated plans for “welcoming, protecting, promoting and integrating” newcomers are essential for helping asylum seekers, refugees, migrants and victims of human trafficking find the peace they seek.

“‘Welcoming’ calls for expanding legal pathways for entry and no longer pushing migrants and displaced people toward countries where they face persecution and violence. It also demands balancing our concerns about national security with concern for fundamental human rights,” Pope Francis said in the peace day message.

Countries have a moral obligation as well as a legal obligation under international law to protect those fleeing from real danger, he said. And no one should forget the very high and very real risk of exploitation faced by migrating women and children.

Archbishop Silvano Tomasi, a Vatican diplomat, told reporters that to reach the goal of peaceful coexistence “relations among nations must change and be based on: solidarity; dialogue instead of force, which explodes in conflict; policies of collaboration; and the participation of everyone in the benefits of technology, access to markets” and other factors that allow them to live a dignified life.

Pope Francis prayed that the global compacts would be “inspired by compassion, foresight and courage, so as to take advantage of every opportunity to advance the peace-building process. Only in this way can the realism required of international politics avoid surrendering to cynicism and to the globalization of indifference.”

NEXT: Pope urges bishops to exercise authority as judges in annulments