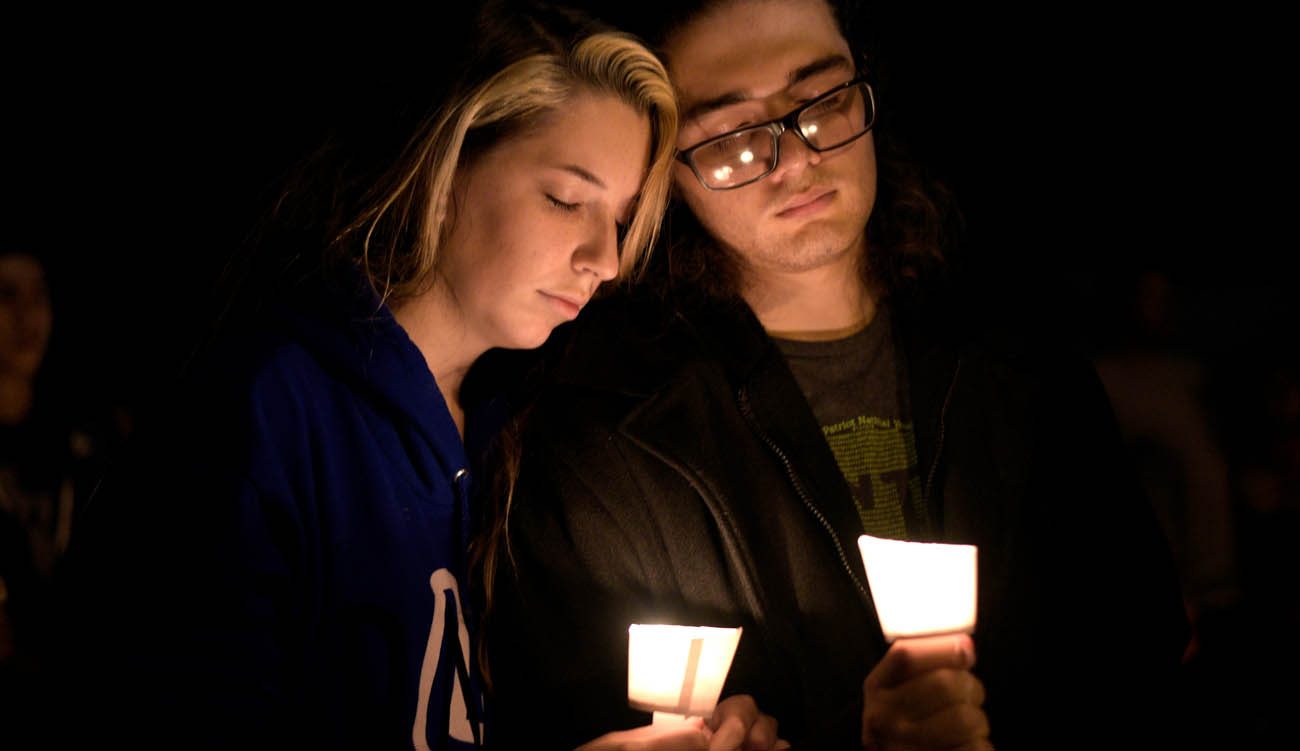 A man and woman attend a candlelight vigil after a mass shooting Nov. 5 at the First Baptist Church in Sutherland Springs, Texas. A lone gunman entered the church during Sunday services taking the lives of at least 26 people and injuring several more. (CNS photo/Sergio Flores, Reuters)

VATICAN CITY (CNS) — Calling the mass shooting in a Texas Baptist church Nov. 5 an “act of senseless violence,” Pope Francis asked the local Catholic archbishop to convey his condolences to the families of the victims and to the injured.

Cardinal Pietro Parolin, Vatican secretary of state, also sent assurances of the pope’s prayers in a message to Archbishop Gustavo Garcia-Siller of San Antonio. The Vatican released the text of the message Nov. 7.

The shooting during Sunday services at the First Baptist Church in Sutherland Springs, Texas, left at least 26 people dead and at least 20 others injured.

“Deeply grieved by news of the loss of life and grave injuries caused by the act of senseless violence perpetrated at the First Baptist Church in Sutherland Springs,” Cardinal Parolin wrote, “the Holy Father asks you kindly to convey his heartfelt condolences to the families of the victims and the wounded, to the members of the congregation, and to the entire local community.”

Pope Francis also prayed that the Lord would “console all who mourn” and “grant them the spiritual strength that triumphs over violence and hatred by the power of forgiveness, hope and reconciling love.”

PREVIOUS: Panel looks at future of religious minorities victimized by IS militants