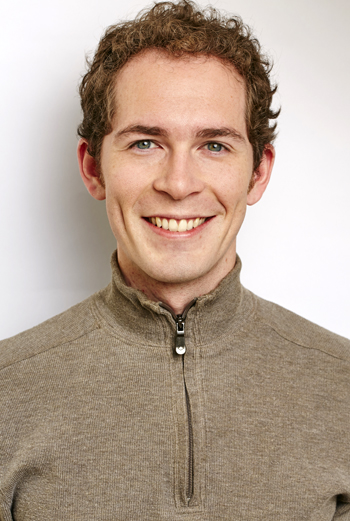 Tim Reckart is seen in this undated photo. He directed the movie “The Star.” (CNS photo/courtesy Sony Pictures Animation)

With the mid-November release of “The Star,” which features the voices of Oprah Winfrey, Christopher Plummer, Patricia Heaton and other A-listers, Reckart’s directorial skills have moved a few steps forward.

During a webinar for Catholic media, Reckart said he never thought that he could garner the talents of top actors for his animated movie about the birth of Christ but told superiors at Sony Films to solicit them anyway.

“We said, ‘Shoot for the moon,'” he recalled, with a grin. “But then, we really got our wish on this project.”

Reckart said the movie was attractive to top-notch actors because “there was no risk to anyone’s brand” and “it was a movie worthy of their talents.”

Reckart catapulted to stardom after his inaugural foray, a 2012 11-minute stop action short “Head Over Heels,” was nominated for an Oscar. He won the IMDb New Filmmaker Award at the Bath Film Festival in 2012 and was pegged as a rising talent in the industry.

Reckart said that when Sony first approached him about directing the project, he wasn’t terribly excited about it. However, there was a certain appeal in making what could become a modern Christmas classic, one that goes to the heart of the holiday.

“Think about the movies you pull off the shelf to watch every year,” he said. “All of them are great, but none of them are about the birth of Jesus Christ.”

“That’s what families are really looking for,” Reckart added.

It was a message he thought would not sit well with Sony. “I thought I was basically saying good-bye to the job.”

Instead, the company bought the idea and hired him.

Reckart admitted to being a bit star-struck when it came time to record the voices, with Winfrey and the other big names.

Reckart said his interest in film was planted by his family.

“There were six of us kids, so we used to go out with mom’s camcorder and make movies out in the desert,” he said. “With that many kids, usually the movies were about killing people off one at a time. We’d bring bottles of ketchup out with us.”

He said that despite that “kind of a weird background,” his parents were “very supportive,” especially given the reputation of the film industry as “full of vice.”

Reckart considers himself “a Christian filmmaker who doesn’t make Christian movies as such,” but rather movies “around themes and values that resonate with our faith.”

“The Star” is really a movie about vocations, he added. Bo, the donkey, longs to serve in the royal caravan, but finds himself befriending and protecting Mary from Herod’s soldiers. A key lesson, Reckart said, is “great things can come under very humble appearances.”

Reckart said he wanted to be true to the Bible accounts of the Nativity, but he realized that those stories are just a prelude to the larger picture of Jesus’ ministry and message. You can’t tell the whole story and “you can’t turn Mary and Joseph into comedy characters or action heroes.”

That’s why the animals became the focal point.

It doesn’t mean that the characters of Mary and Joseph are stagnant or stiff. “We wanted to make Mary a character who laughs, and who lives with gusto.”

Reckart discussed his desire to make them real and their relationship reflective of a real marriage, along with the challenges that couples face.

For Mary, it means having total trust in God, even though she realizes that she cannot appreciate what she will have to face during the lifetime of her son. At the Annunciation, for example, “she doesn’t ask about the fine print or ask any questions; she just says ‘yes,'” he said.

Reckart said that Mary only begins to grasp what her future and the future of her son hold during the presentation at the temple, when she encounters Anna and Simeon, who tells her how a sword shall pierce her heart.

“I think it is there Mary realizes that life won’t always mean fun and games.”

Asked if he was planning to move into other Bible stories, or follow this movie with others about his faith, Reckart said he prefers to work on positive family movies, but not those directly related to his faith.

A Catholic News Service review of the film called it a “solid choice for family viewing.” It said Reckart and screenwriter Carlos Kotkin “skillfully balance religious themes such as the importance of prayer and the value of forgiveness with a more secular message about pursuing your dreams.”

NEXT: As a nonviolent bull, ‘Ferdinand’ stops to smell the flowers