Tax bill passes amid concerns about future effects on poor 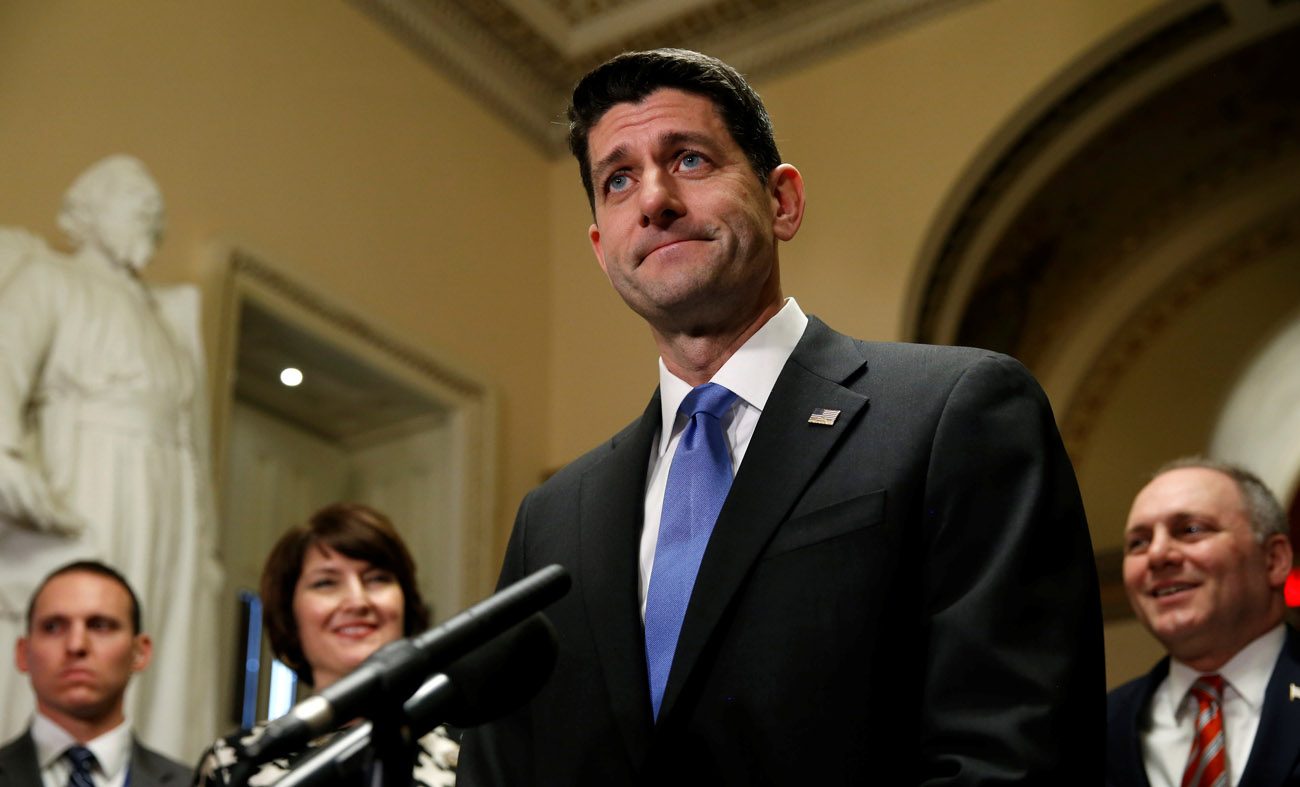 WASHINGTON (CNS) — Republican lawmakers joined President Donald Trump in cheering passage of the most significant overhaul of the federal tax system in three decades even as the chairman of the U.S. bishops’ domestic policy committee called on the president to work with Congress to fix “unacceptable problems” in the law.

Republicans hailed the Tax Cuts and Jobs Act as the stimulus needed to get the economy rolling into high gear as they expected corporations to reinvest in America with the middle class benefiting from lower taxes, higher wages and greater job opportunities.

Critics contend the law will provide a windfall for people with the highest incomes and corporations that already are seeing record profits and that there will be limited benefit to low- and middle-income families, who will see their taxes rise beginning in 2025.

Meanwhile, Bishop Frank J. Dewane of Venice, Florida, chairman of the bishop’s Committee on Domestic Justice and Human Development, said that while the law “achieves some laudable things,” it also “contains a number of problematic provisions that will have dramatic negative consequences, particularly for those most in need.”

In a statement released minutes after the bill passed the House for the second day in a row after fixes were needed to match what the Senate passed early Dec. 20, Bishop Dewane expressed concern that the law will raise taxes for people and families with lower incomes while cutting taxes for the wealthy.

“This is clearly problematic, especially for the poor,” he said. “The repeal of the personal exemption will cause larger families, including many in the middle class, to be financially worse off.”

The bishop cited a concern that the country’s deficit will grow and that some members of Congress may argue that cuts in programs that aid poor and vulnerable people are needed to balance the federal budget.

The law “also is likely to produce up to a $13 billion drop in annual charitable giving to nonprofits that are relied upon to help those struggling on the margins. This will also significantly diminish the role of civil society in promoting the common good,” Bishop Dewane added.

Advocates for poor and elderly people echoed the bishop’s worries about the possibility of deep cuts in spending on Medicaid, Medicare, Social Security and other social services.

“As you move forward, we urge you to reject efforts to use the deficit created by this bill as a pretext for even greater cuts to programs for low-income communities,” Dominican Sister Donna Markham, president and CEO of Catholic Charities USA, wrote in a Dec. 19 letter to members of Congress.

She also called on Congress to “address the shortcomings in this bill and recommit yourselves to the bipartisan solutions needed to lift people out of poverty.”

Sister Simone Campbell, executive director of the Catholic social justice lobby Network, said the tax bill ignores the common good in provide tax cuts for wealthy people and corporations at the expense of people in poverty.

“We know what will happen now that this tax plan is law: The budget shortfall created by outrageous tax cuts for the wealthiest will pressure Republicans in Congress to, once again, balance the budget on the backs of people in poverty,” Sister Campbell, a member of the Sisters of Social Service, said in a Dec. 20 statement.

She called for “reasonable revenue for responsible programs” that serve as “lifelines for families and individuals struggling to make ends meet.”

The legislation passed along party lines in both chambers, with Democrats unanimously lining up against it.

The Senate passed the bill 51-48 early Dec. 20. In the House hours earlier, the measure passed 227-203, as 12 Republicans — eight of them Catholic — joined Democrats in opposing the bill.

However, the House was forced to revote on the legislation Dec. 20 after the Senate parliamentarian determined that certain provisions violated guidelines on what types of legislation can pass with a simple 50-vote majority.

Senators tweaked the bill, took the vote and returned it to the House, where it passed 224-201. Again, 12 Republicans voted against the bill.

Trump signed the measure within hours of passage.

Eleven of the 12 House Republicans voting against the bill were from the high tax states of California, New Jersey and New York. They cited concerns that constituents would see their overall tax liability rise because of limits on the state and local tax, or SALT, deductions contained in the bill.

The bill caps the SALT deduction at $10,000 and eliminates it altogether in eight years.

“Capping this deduction, which has been part of the U.S. tax code since 1913, will increase taxes and harm the already unaffordable housing market in my district,” Rep. Dan Donovan, R-New York, who is Catholic, said in a statement after the Dec. 19 vote.

Other Democrats pointed to analyses that showed highest earners would benefit most from the changes and estimates that the measure would add up to $1.5 trillion to the country’s debt over the next decade.

The tax reform plan affects virtually every American family. An analysis by the nonpartisan Tax Policy Center released Dec. 18 found that 95 percent of taxpayers would see lower taxes in 2018 with 5 percent paying more next year.

In 2025, 9 percent of taxpayers would pay more; by 2027, 53 percent — largely middle- and low-income earners — would pay more, according to the analysis. Higher earners would continue to see cuts in 2027 compared with current law, although at a lower rate.

House Speaker Paul Ryan, R-Wisconsin, told reporters after the Dec. 19 vote that the rollback of the cuts was necessary by 2027 in order to comply with Senate rules. Ryan, who is Catholic, said he expected a future Congress to keep the cuts in place.

Other provisions of the law include doubling of the standard deduction while ending the personal exemption; reducing the top corporate tax rate from 35 percent to 21 percent and making it permanent; expanding the child tax credit; a cap on deductions for state and local taxes; and reducing the deduction for mortgage interest.

The bill also ends the individual mandate under the Affordable Care Act that required people to buy health insurance or face a penalty. The provision will save the federal government $300 billion in subsidies over the next decade, but could find as many as 13 million people without health insurance.

In particular, Pelosi, who is Catholic, pointed to a Nov. 9 letter from the chairmen of three USCCB committees to House members. Standing in front of a poster quoting the letter, Pelosi charged that the bill was an example of “moral obscenity and unrepentant greed.”

“As the U.S. Conference of Catholic Bishops said early on, here it is, ‘This proposal appears to be the first federal income tax modification in American history that will raise income taxes on the working poor while simultaneously providing a large tax cut to the wealthy.’ The bishops go on to say, ‘This is simply unconscionable,'” she said.

She also recalled Pope Benedict’s encyclical “Deus Caritas Est” (“God is Love”), in which St. Augustine was quoted about the responsibilities of the state.

“Pope Benedict quoted the urgent moral wisdom of St. Augustine 17 centuries ago, my colleagues,” she said. “Seventeen centuries ago, St. Augustine said, ‘A state that does not govern according to justice is just a bunch of thieves.’ Pope Benedict went on to say, ‘The state must inevitably face the question about how justice can be achieved here and now.’ And he cautioned against, in his words, the danger of a ‘certain ethical blindness caused by the dazzling effects of power and special interests.'”

Pelosi questioned whether the bill met such standards.

PREVIOUS: Popularity of Gregorian chant has flourished in recent years