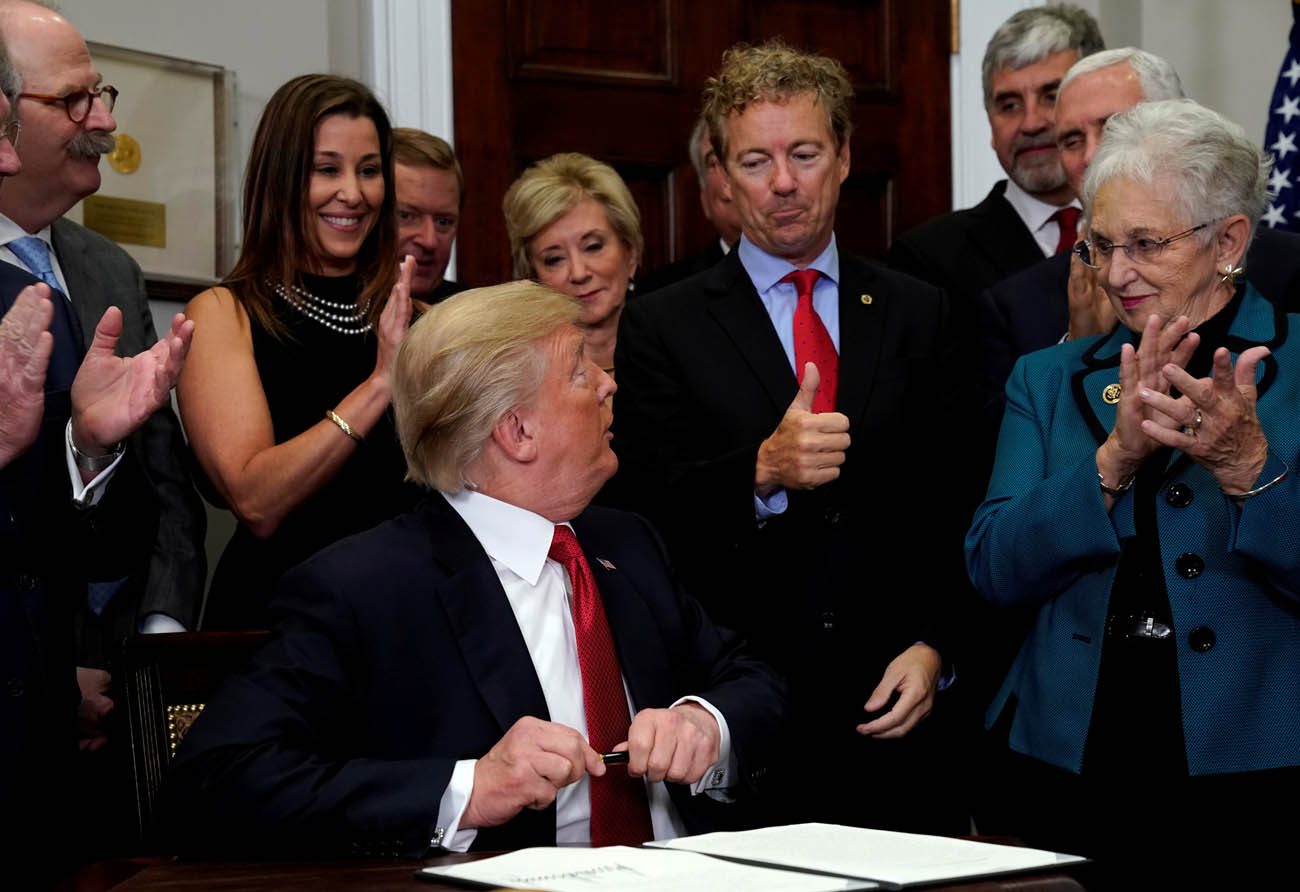 WASHINGTON (CNS) — While efforts by congressional Republicans to repeal the Affordable Care Act over the first half of 2017 dominated the headlines on the health care stage, there were other issues that also merited attention.

Pope Francis weighed in on health issues in November in a written message to two Catholic agencies meeting jointly on global inequalities in health care.

A global economic system focused on profit alone has led to a “sickness” infecting society, that of growing inequality in access to basic necessities, including basic health care, the pope said.

Equal access to health care will make little progress without addressing “the structural causes of poverty,” Pope Francis added. “Society needs to be cured of a sickness which is weakening and frustrating it, and which can only lead to new crises,” he said. That sickness is poverty and while welfare can help, the pope noted, it really is only a temporary response.

House Republicans passed a repeal-and-replace bill on their second try in 2017 after the first bill never made it to a vote as provisions were seen as too draconian and would throw some 24 million people out of the health insurance pool over the next decade. The Senate tried passing its own version under a budget-reconciliation rubric that would have allowed a bill to pass with only 50 Senate votes in a chamber held by the GOP 52-48. But those efforts failed, after some GOP senators followed through with a “no” vote after saying they could not support passage of the measure.

U.S. bishops — primarily Bishop Frank J. Dewane of Venice, Florida, chair of the bishops’ Committee on Domestic Justice and Human Development — had repeatedly urged fixes to the various bills, but warned that the overall packages were unacceptable.

“Concern for the human person is our beginning and end point,” Bishop Dewane said in late July, after a “skinny” repeal measure failed in the Senate. “The greatness of our country is not measured by the well-being of the powerful but how we have cared for the ‘least of these,'” he added. “Congress can and should pass health care legislation that lives up to that greatness.”

The latest bid to repeal the individual mandate in the ACA, popularly known as Obamacare, came as part of the Republicans’ tax overhaul bill. The reform measure was headed Dec. 20 to President Donald Trump’s desk for his signature after lawmakers in the House and Senate debated and voted on a compromise bill. It passed with Republican votes only.

Because of all the computations over who wins and loses in such a tax bill, the individual mandate received less attention, but estimates gauged 13 million fewer Americans will have health insurance with the mandate gone.

Sign-ups for the health insurance exchanges in late 2017 outpaced the previous year’s performance, despite the public service campaign to encourage sign-ups being pulled; the funding cut for “navigators” to guide people through what can be a complex and confusing process; and fears that the repeal-replace hubbub would deter people from enrolling — or even considering getting insurance.

Debate over Obamacare has been going on since what is now the ACA was first introduced in Congress in 2009, passed by both chambers March 21, 2010, and signed into law two days later. Lost in that debate has been the expiration Sept. 30 of the federally funded Children’s Health Insurance Program.

Congress didn’t nix CHIP, but neither did it reauthorize the program. An estimated 9 million American children are enrolled. Their parents have too much income to be eligible for Medicare, but not enough to afford health insurance.

When the program was first authorized in 1997, 15 percent of U.S. kids had no access to health care. As of 2016, that figure had sunk to 4.8 percent. Six jurisdictions said they would run out of money for CHIP by the end of 2017, and six more states said they would shut their CHIP programs by the end of the year even if money was still left.

The growing specter of opioid abuse gripped the public’s attention in 2017. Thousands of Americans are dying from opioid overdoses — in many cases, prescription medications available legally but often obtained illegally. A 2015 law was found to handcuff the federal Drug Enforcement Administration in its investigations of pharmaceutical distributors, doctors and pharmacists who seemingly have paid no heed to the huge number of pills they’ve allowed to get into some Americans’ hands.

Pope Francis in February said a nation’s health care system cannot be run simply as a business because human lives are at stake. “If there is a sector in which the ‘throwaway culture’ demonstrates its most painful consequences, it is the health care sector,” he said.

“Indiscriminately adopting a business model in health care, instead of optimizing resources,” the pope added, risks treating some of the sick as disposable. “Optimizing resources means using them in an ethical way, with solidarity, and not penalizing the most fragile.”

NEXT: The future for Gregorian chant appears to be bright