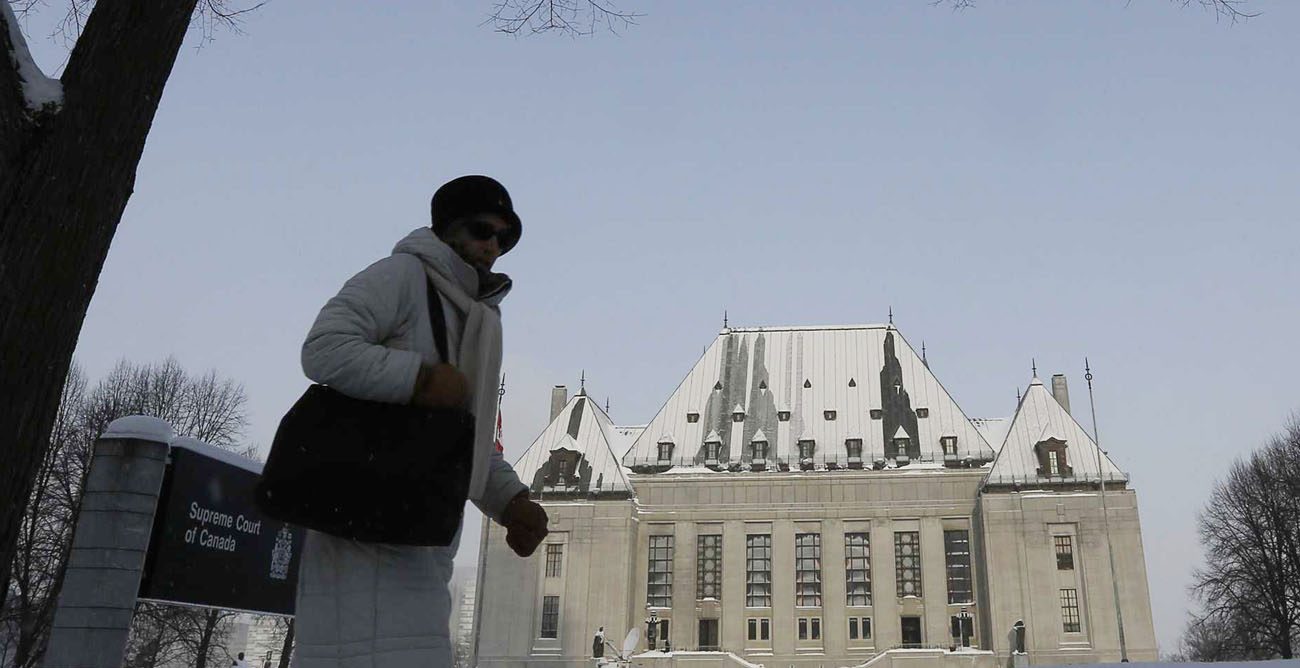 OTTAWA, Ontario (CNS) — Religious freedom in Canada is facing a “watershed moment” and may be “on an abyss of a revolutionary change,” argued lawyers in a Supreme Court of Canada case involving a Christian university’s proposed law school.

“The impact of the case will be significant for a generation,” said Phil Horgan, president of the Catholic Civil Rights League.

The league was among several interveners before the Supreme Court Nov. 30 and Dec. 1 in support of the right of Trinity Western University to maintain its mandatory community covenant banning sexual activity outside of traditional marriage.

The lawyers argued that a ruling against Trinity Western could ultimately impact all faith-based schools, charities and organizations that fail to align with society’s prevailing views on sexuality and morality, encompassing issues such as same-sex marriage, abortion and euthanasia.

“We certainly see this decision as a watershed moment in how the courts will interpret and apply not just religious freedom rights, but religious associational rights and equality rights on the basis of religion,” said Derek Ross, president and general counsel for the Christian Legal Fellowship.

“We are standing on an abyss of a revolutionary change on how religions have operated in Canada,” Barry Bussey, representing the Canadian Council of Christian Charities, told the court.

Canada’s highest court reserved its decision and will rule on the case in 2018. The appeal followed lower-court decisions that upheld the positions of the Law Society of British Columbia and the Law Society of Upper Canada to refuse accreditation to graduates of the private, British Columbia university. The law societies deemed the evangelical school’s community covenant discriminatory against LGBT students.

Ross said the court must decide whether society will “carve out space for communities” that hold views contrary to the majority viewpoint. Or will it “be forced to sort of conform to the prevailing views of the day. That’s what we think is really at stake in this case,” he said.

By refusing to accredit Trinity Western graduates, law societies are sending the message that religious beliefs and practices are unwelcome in the public sphere,” Gwendoline Allison told the court on behalf of the Catholic Civil Rights League, the Faith and Freedom Alliance and the Archdiocese of Vancouver, British Columbia.

She said those groups would be “directly and prejudicially affected” if the decision goes against Trinity Western.

William Sammon, representing the Canadian Conference of Catholic Bishops, said a decision against Trinity Western would potentially open the door for regulators to oppose any charity that holds faith beliefs the regulator deems discriminatory.

“They could take away its charitable status in order to force that group to conform to what it believes is the appropriate course of action,” Sammon said.

At issue in his submission was the impact the legalization of same-sex marriage will have on charities and religious institutions that hold to a traditional view of marriage, he said, and whether “religious communities would be at risk of being censured or losing public benefits.”

Albertos Polizogopoulos, who represented the Evangelical Fellowship of Canada, said a loss could mean “all faith-based charities have their charitable status on the chopping block.”

In an interview, Bussey said a decision against Trinity Western could potentially see the state compelling charities to conform with government positions on sexual morality or abortion.

Lawyers for several LBGTQ organizations argued Trinity Western should not be allowed to discriminate on equality grounds.

Susan Ursel, arguing on behalf of the Canadian Bar Association, said “Trinity Western has a right to its beliefs and covenant but has no right to state support.”

NEXT: Bangladesh, Myanmar youths are a sign of hope for Asia, pope says