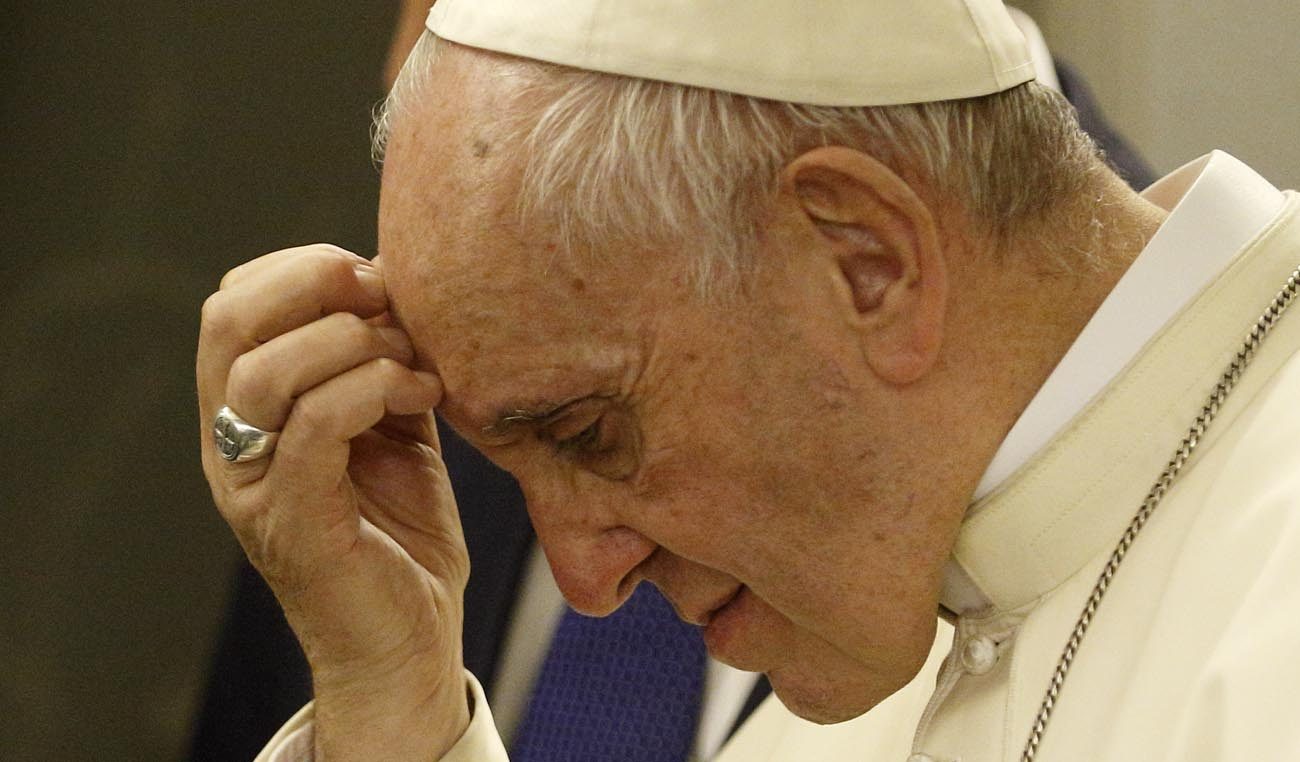 Pope Francis pauses as he answers questions from journalists aboard his flight from Dhaka, Bangladesh, to Rome Dec. 2. (CNS photo/Paul Haring)

St. John Paul II, in a 1982 message to the U.N. General Assembly, said deterrence “may still be judged morally acceptable” as a stage in the process of ridding the world of nuclear weapons.

But Pope Francis, in a message in early November to a Vatican conference, said “the very possession” of nuclear weapons “is to be firmly condemned.”

During a news conference Dec. 2 on his flight back to Rome from Dhaka, Bangladesh, Pope Francis was asked what had changed since St. John Paul wrote to the United Nations and whether the war of words between U.S. President Donald Trump and North Korea’s Kim Jong Un influenced his position.

“What has changed?” the pope responded. “The irrationality has changed.”

Pope Francis said his position is open to debate, but “I’m convinced that we are at the limit of licitly having and using nuclear weapons.”

The world’s nuclear arsenals, he said, “are so sophisticated that you risk the destruction of humanity or a great part of humanity.”

Even nuclear power plants raise questions, the pope said, because it seems that preventing accidents and cleaning up after them is almost impossible.

Pope Francis said he was not dictating “papal magisterium,” or formal church teaching, but was raising a question that a pope should raise: “Today is it licit to maintain the nuclear arsenals as they are or, to save creation and to save humanity, isn’t it necessary to turn back?”

The weapons are designed to bring one side victory by destroying the other, he said, “and we are at the limit of what is licit.”

NEXT: Harmony must begin within church, pope says in Bangladesh