Anglophiles’ favorite, ‘Victoria,’ is a tad unengaging in 2nd season 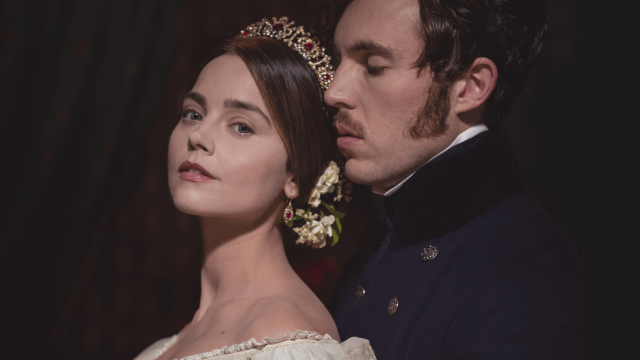 NEW YORK (CNS) — The first season of the British period drama “Victoria” garnered more than 16 million American viewers in 2017, making it the second most popular PBS series of the past 20 years, after “Downton Abbey.”

Sumptuous to the eye, and crafted with abundant care for detail, it capably filled the void left in Anglophiles’ hearts since the Crawleys’ 2015 departure.

With its themes of war, poverty, famine, adultery and sexually transmitted diseases, this is not a show for the whole family. Add some sensuality, rearview nudity and a gay romance, and even some adults may choose to opt out. Most of this material does serve the plot, however, and is handled with discretion.

The kiss shared by Queen Victoria’s equerry, Lord Alfred Paget (Jordan Waller), and Prime Minister Robert Peel’s secretary, Edward Drummond (Leo Suter), however, is a different matter. The scene seems calculated both to appease fans, who have seen this moment coming from afar, and to allow them to feel good about their supposedly sophisticated acceptance of same-sex necking.

In fact, these real-life figures may not even have known each other, and there is no convincing evidence that they were gay. (Paget was not only married but the father of numerous children.) Rather, series creator and writer Daisy Goodwin seems to have invented these men’s now mildly provocative but then thoroughly dangerous act to generate more buzz for the series.

The 21-year-old Queen Victoria (Jenna Coleman) has recently given birth to her first daughter, Princess Vicky (Hallie Woodhall), as the second season opens.

Meanwhile her husband and consort, Prince Albert (Tom Hughes), is preoccupied with the First Anglo-Afghan War. Albert attempts to shield his wife from reports of a disastrous 1842 defeat in which Afghan forces wiped out more than 4,000 soldiers — with, reputedly, only one British survivor, Dr. William Brydon (Alexander Owen).

But the Irish famine is the great challenge confronting the queen during the 1840s, and one of the most severe she faced during her 63-year reign. Between 1845 and 1849, 1 million Irish died and another million emigrated. There were complicated reasons underlying this crisis related to Ireland’s dependence on the potato and the second-class status of its inhabitants within Victoria’s empire.

Intense “anti-papist” sentiment, moreover, as encapsulated in the cruel philosophy of Sir Charles Trevelyan (Edward Bennett) who was initially in charge of the relief effort, stalled aid to the Irish. “The population of Ireland has grown beyond its natural limits,” Trevelyan explains to Victoria. “It would be immoral of us to interfere in this period of self-regulation.”

To accent how some overcame such prejudice to relieve suffering, Goodwin draws from the story of her great-great-great grandfather, Anglican cleric Robert Traill (Martin Compston).

The misery he witnesses compels Traill, as the series depicts it, to appeal directly to Victoria for help. Meeting him at Buckingham Palace, the queen is moved to give 2,000 pounds toward famine relief, although some would argue the show exaggerates Victoria’s compassion.

Undeterred by his fellow clerics’ belief that “their own improvidence and fecklessness” was responsible for the plight of the Irish, Traill starts a soup kitchen in his home to feed famine victims. Having contracted typhus, Traill died in 1847.

Traill’s heroism will likely impress viewers, but it won’t necessarily move them. The audience’s inability to connect with “Victoria’s” characters is one of the series’ weaknesses.

Like “Downton Abbey,” the show attempts to reveal the “downstairs” world as well as the “upstairs” one. But character development among the maids, dressers, stewards and cooks is stunted.

Only assistant dresser Miss Cleary (Tilly Steele), an Irish Catholic who surreptitiously clutches rosary beads and has the gumption to thank the queen for supporting famine relief, comes across warmly and sympathetically.

The lack of chemistry between mismatched Coleman and Hughes is the series’ chief problem, however. While Coleman’s Victoria is available, likable, human and relatable, Hughes as Albert is lugubrious, intense and unappealing.

When Albert died in 1861, Victoria famously went into mourning for the remainder of her long life. But viewers will have a hard time understanding how the queen could have grieved so over the death of the man portrayed in this series. He is hardly the gentle, sweet spouse who lavished his wife with love and affection — as Victoria described him.

In the end, some “Victoria” watchers may well ask: could 16 million Americans be wrong?

NEXT: Immigrant experience is detailed richly on screen