‘Den of Thieves’ fails to steal the show 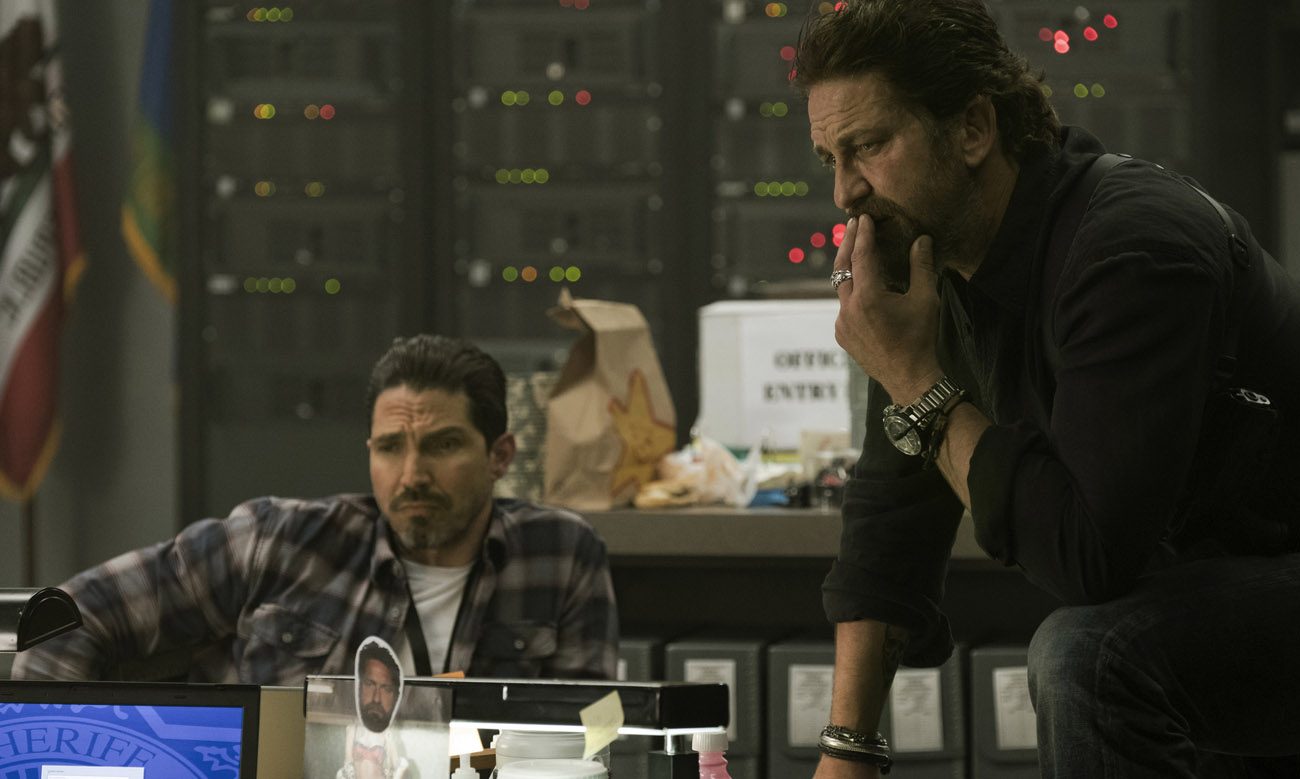 Maurice Compte and Gerard Butler star in a scene from the movie "Den of Thieves." (CNS photo/STX Entertainment)

NEW YORK (CNS) — The hyper-violent “Den of Thieves” (STX) is a morass of crass.

It’s supposed to be a rollicking, quirky and farcical saga about a gang of bank robbers in dystopian and usually nighttime Southern California led by Merrimen (Pablo Schreiber) and pursued by renegade, dyspeptic cop Nick Flanagan (Gerald Butler).

There’s a big complicated heist involving the attempted robbery of the heretofore-unassailable Los Angeles Federal Reserve Bank, from which they hope to “withdraw” $30 million in untraceable cash.

Before that, though, the villains slaughter the crew of an armored truck and some police officers only to find that the truck held no money. As a result, “We’re cop killers now,” Merrimen ruefully observes.

Nick, who is perpetually threatening others and uses whatever illegal tactics he can think of, is no hero, though. He tries to turn the thieves’ driver, Donnie (O’Shea Jackson Jr.) into sort of a double agent, but Donnie’s ultimately only looking after himself.

Merrimen is imaginative, but has no evident means at his disposal to motivate others except with death threats and cursing.

Director Christian Gudegast, who co-wrote the screenplay with Paul Scheuring, launches several scattershot, implausible plot lines that never quite come together until the sequences that show the robbers squirreling themselves past the federal bank’s elaborate security.

Nick’s wife is leaving him with their young daughters and serving him with divorce papers. So that’s his motivation? We never find out, since that subplot vanishes.

Merrimen, recently out of a stretch in prison, seems to be much smarter than Nick. How did that happen? Gudegast never reveals.

It’s an unpleasant and contorted ride through what appears to be a maze of industrial parks. Best to just take the exit on this one.

NEXT: Rousing war pic ’12 Strong’ charges across the screen