Don’t confess other’s faults, own up to sins, pope says at audience 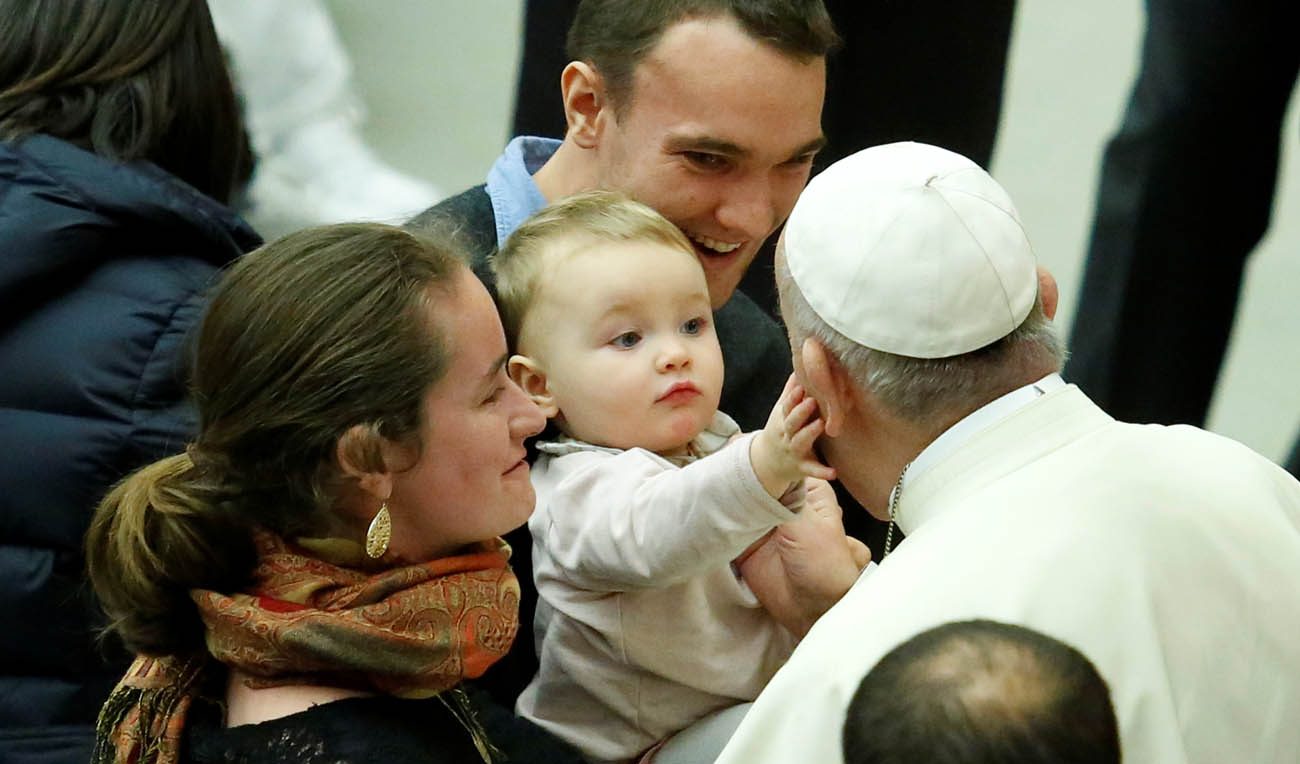 VATICAN CITY (CNS) — Fear and the shame of admitting one’s own sins leads to pointing fingers and accusing others rather than recognizing one’s own faults, Pope Francis said.

“It’s difficult to admit being guilty, but it does so much good to confess with sincerity. But you must confess your own sins,” the pope said Jan. 3 at his first general audience of the new year.

“I remember a story an old missionary would tell about a woman who went to confession and she began by telling her husband’s faults, then went on to her mother-in-law’s faults and then the sins of her neighbors. At a certain point, the confessor told her, ‘But ma’am, tell me, are you done?’ ‘No… Yes.’ ‘Great, you have finished with other people’s sins, now start to tell me yours,'” he said.

The pope was continuing his series of audience talks on the Mass, reflecting on the penitential rite.

Recognizing one’s own sins prepares a person to make room in his or her heart for Christ, the pope said. But a person who has a heart “full of himself, of his own success” receives nothing because he is already satiated by his “presumed justice.”

“Listening to the voice of conscience in silence allows us to realize that our thoughts are far from divine thoughts, that our words and our actions are often worldly, guided by choices that are contrary to the Gospel,” the pope said.

Confessing one’s sins to God and the church helps people understand that sin not only “separates us from God but also from our brothers and sisters,” he added.

“Sin cuts, it cuts our relationship with God and with our brothers and sisters, in our family, in society, in the community,” the pope said. “Sin always cuts, separates, divides.”

The penitential rite at Mass also includes asking the intercession of Mary and all the angels and saints, which, he said, is an acknowledgement that Christians seek help from “friends and models of life” who will support them on their journey toward full communion with God.

Christians also can find the courage to “take off their masks” and seek pardon for their sins by following the example of biblical figures such as King David, Zacchaeus, the Samaritan woman and St. Peter.

“To take measure of the fragility of the clay with which we have been formed is an experience that strengthens us,” Pope Francis said. “While making us realize our weakness, it opens our heart to call upon the divine mercy that transforms and converts. And this is what we do in the penitential act at the beginning of Mass.”

NEXT: Catholic program for abandoned babies may have saved Edmonton newborn