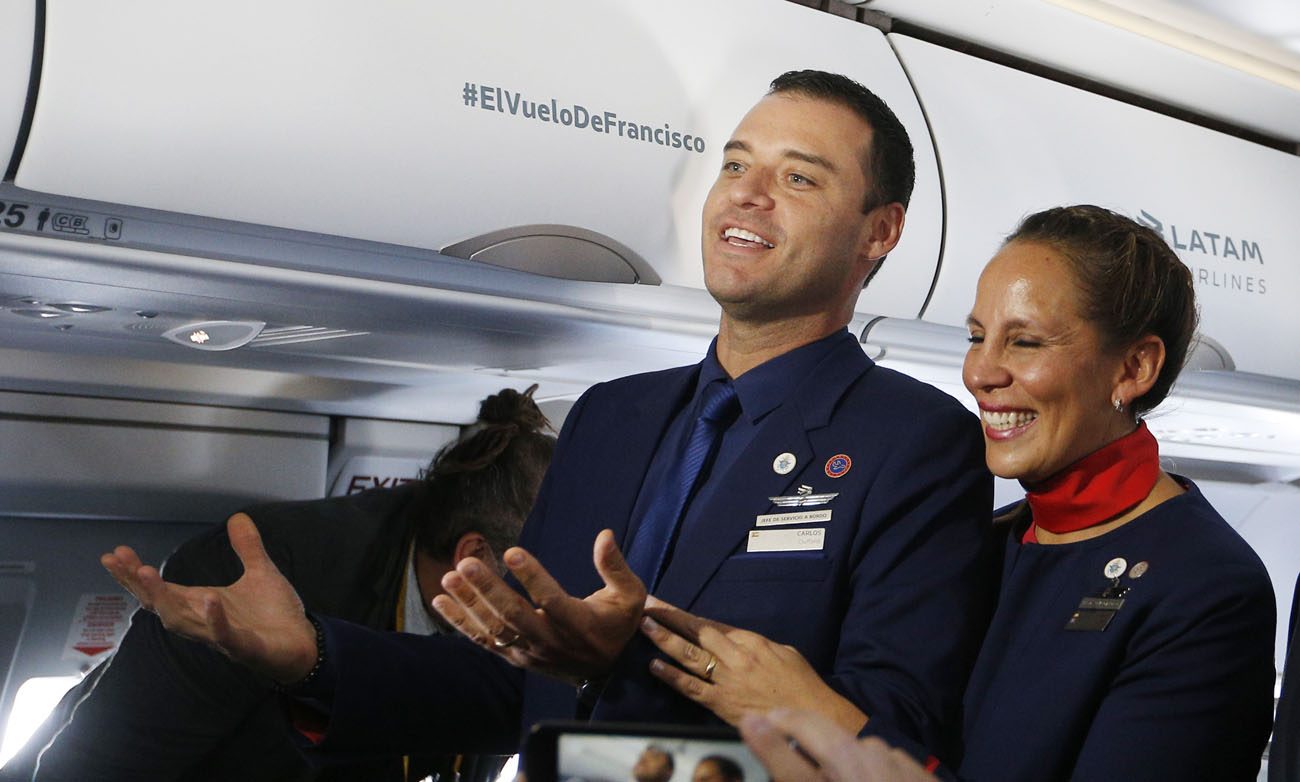 ABOARD THE PAPAL FLIGHT TO IQUIQUE, Chile (CNS) — Love was literally in the air as Pope Francis performed an impromptu wedding ceremony at 36,000 feet aboard his flight in Chile.

During his flight to Iquique Jan. 18, the pope was approached by LatAm flight steward Carlos Ciuffardi Elorriaga and asked for a blessing for him and his wife, stewardess Paula Podest Ruiz.

The couple were supposed to be married in their home parish in Santiago Feb. 27, 2010. However, tragedy struck when an earthquake destroyed the church. Eight years later, they remained only civilly married.

Ciuffardi told journalists aboard the flight that, after he explained their story, he asked the pope for their blessing.

At that moment, the pope surprised the couple with offering to marry them right there on the plane.

Ciuffardi said the pope asked the couple, “Well, do you want to get married?”

“I said, ‘Well, yes. Are you sure?’ Then the pope said, “Are YOU sure?’ I told him, ‘Yes! Let’s get married,'” Ciuffardi recalled excitedly.

The newlywed said he asked his boss and president of LatAm airline, Ignacio Cueto, to be his best man and one of the Vatican prelates drew up a handwritten marriage certificate.

“The pope said it was historic! Never has a pope performed a wedding on a plane!” Ciuffardi said.

The pope was on his way from Santiago, Chile, to Iquique before heading to Peru later in the day.

PREVIOUS: Pope challenges Chilean youth to ask, ‘What would Christ do?’