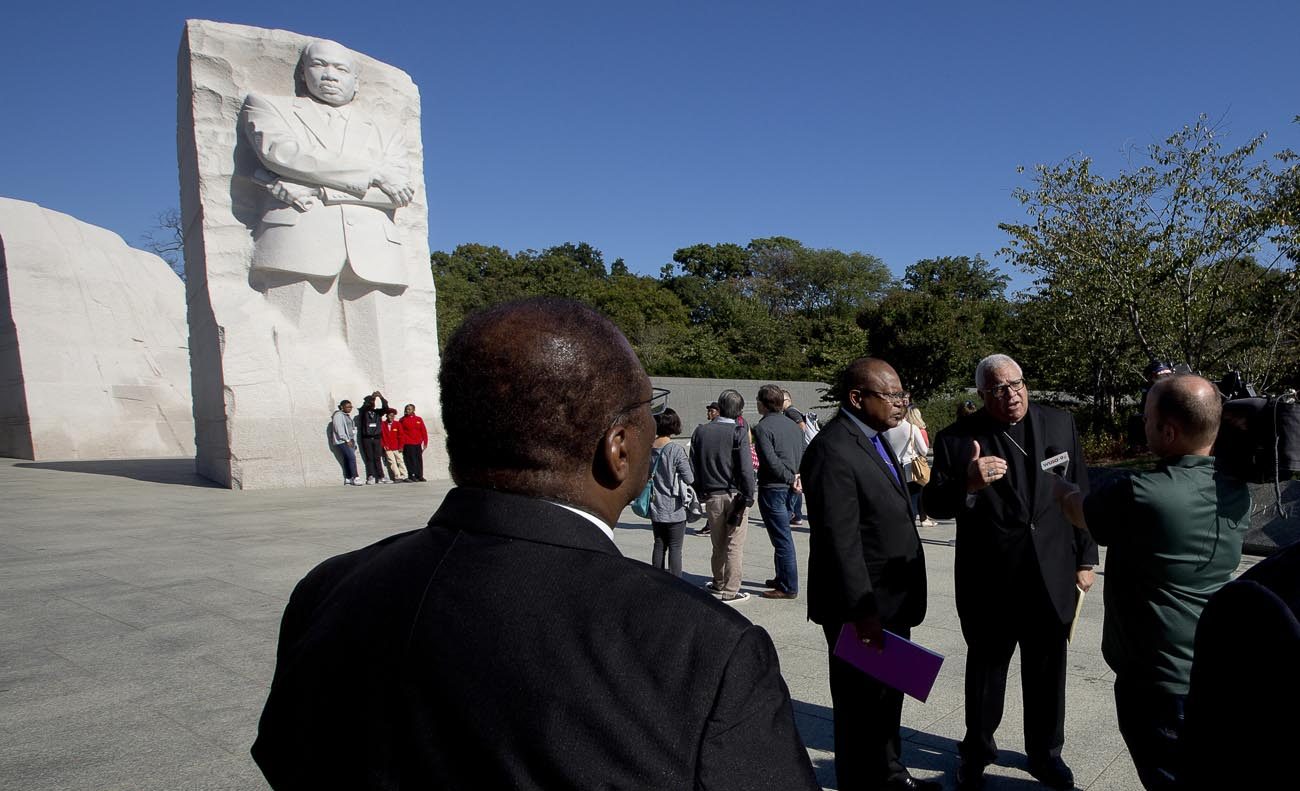 WASHINGTON (CNS) — The bishop who chairs the U.S. bishops’ Ad Hoc Committee Against Racism gave a sobering assessment of U.S. Catholics’ treatment of black people, from the laity to the hierarchy.

“The American Catholic Church has continued to be virtually silent,” said Bishop George V. Murry of Youngstown, Ohio, “which leads us to the question: Why?”

Bishop Murry spoke at a plenary session, “Church and Communities Address the Sin of Racism in Our Society,” Feb. 4 during the Catholic Social Ministry Gathering in Washington.

He recalled a 1983 conference that featured an address by African-American theologian James Cone, then a professor at Union Theological Seminary.

“What is it about the Catholic definition of justice that makes many persons of that faith progressive in their attitude toward the poor in Central America, but reactionary toward the poor in black America?” Bishop Murry recalled Cone asking.

“It is the failure of the church to deal effectively with the problem of racism that causes me to question the commitment to justice,” Cone said. While he added he “didn’t want to minimize” the church’s contribution to the struggle for racial justice, there is “ambiguity” in the church “where racism is not addressed forthrightly.”

Bishop Murry was ordained a Jesuit priest in 1979, the same year as the issuance of “Brothers and Sisters to Us,” a pastoral letter written by the nation’s black bishops.

He said the bishops’ Committee on Black Catholics examined matters on the 10th anniversary of the pastoral. “Sadly, this committee found little worth celebrating,” Bishop Murry said. Harking back to the 1960s, when riots in the inner cities of some of the United States’ largest cities broke out, the committee noted: “In spite of all that has been said about racism in the last 20 years, little has been done. As it was yesterday, so it is today.”

The bishops commissioned a 25th anniversary study in 2004, he added, which found much the same to be true.

“It painted a disheartening picture,” Bishop Murry said, as “only 18 percent of the American bishops have issued a statement condemning racism, and very few have addressed systemic racism,” opting to focus instead on personal attitudes.

The study’s conclusion faulted the bishops’ conference, Bishop Murry said, for “lack of compliance with its own recommendations.”

The bishop also examined “the attitudes of the early church. The area of slavery is one that has been historically treated with concern by the Catholic Church,” with popes issuing papal bulls condemning slavery.

When it came to the United States, Bishop Murry said, the position was “apprehension, yes; abolition, no.”

With the expansion of the young nation, “the notion of the complete abolition of slavery was not considered realistic,” Bishop Murry said.

“Many bishops in the South, at that point in history, were slave owners,” he added, justifying it as “a blessing for black people.” He brought up the claim of one antebellum Louisiana bishop who claimed slavery was “an eminently Christian work because it led to the redemption of black souls.”

Even after the Civil War, and the freeing of slaves in the South, “there were few white Catholics who believed that blacks were equal to whites,” Bishop Murry said. “The subordination of blacks in America was simply part of the cultural landscape for Catholics and non-Catholics alike.”

Despite the efforts of Daniel Rudd, who published the American Catholic Tribune for black Catholics, and the early lay-led black Catholic congresses to prove blacks as equal to whites, “most parishes remained segregated along racial lines,” Bishop Murry said. Some parishes did not give Communion to black worshippers until all whites had an opportunity to receive the Eucharist.

“Some parishes,” the bishop added, “even placed a physical screen between blacks and whites.

“The church in America has been incapable of taking decisive action,” he declared. “American Catholics have shown a lack of moral consciousness on the matter of race.”

However, given “the negative events that have occurred in our country recently” that have touched Hispanics, Jews and other minorities, Bishop Murry said, “the discussion on racial equality must run much deeper if we are to be true to the principles of our country and the faith on which they are based.”

NEXT: Social ministry participants told of poor conditions on reservations