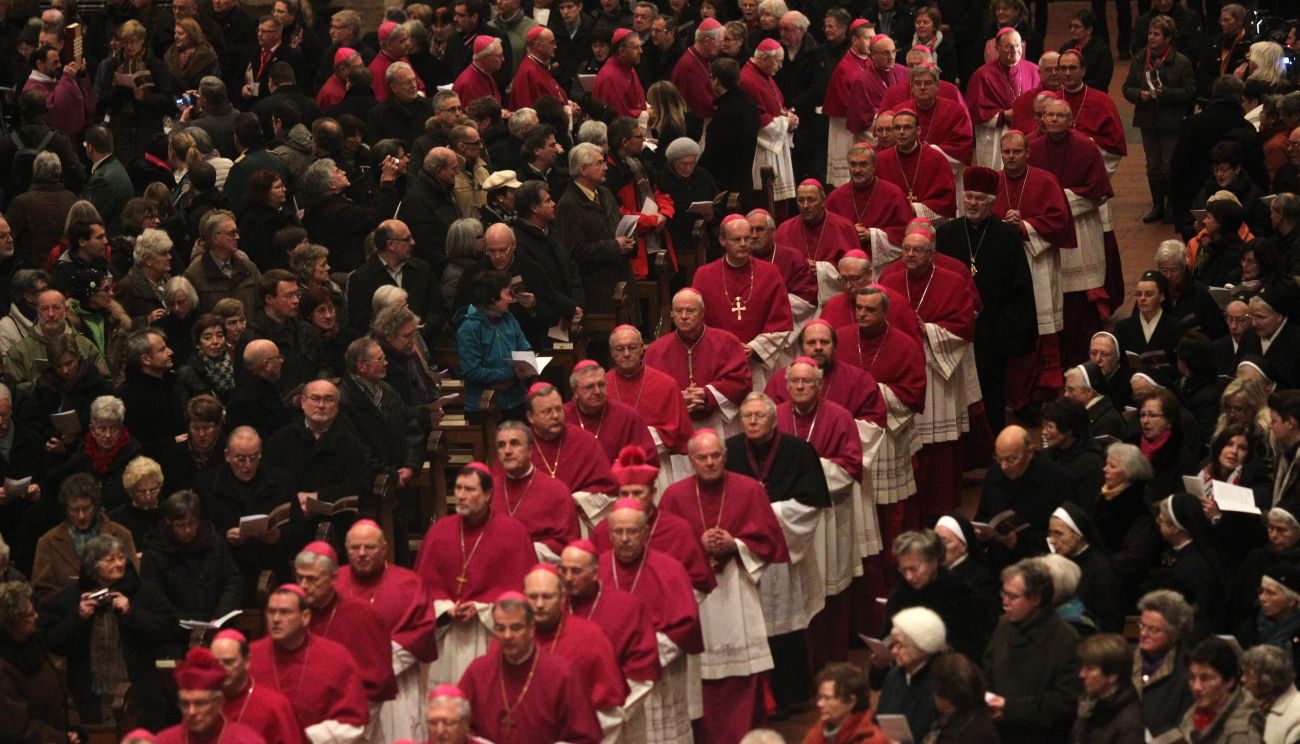 The document, primarily addressed to pastors, contains specific guidance about whether Communion is possible in particular cases for married couples of different Christian faiths. The document has been developed over several months, based on Pope Francis’s apostolic exhortation “Amoris Laetitia” and previous Catholic doctrine.

It is now undergoing revisions. The bishops have yet to agree on a final version, which will be published in the coming weeks.

The initial announcement, made by Cardinal Reinhard Marx, conference president, Feb. 22 following the bishops’ spring plenary conference, stated that the bishops deem it possible in certain cases to allow the Eucharist to be given to a non-Catholic spouse in a mixed-denomination marriage.

“The background is the high proportion of mixed marriages and families in Germany, where we recognize a challenging and urgent pastoral task,” said Cardinal Marx, stressing the special responsibility of the German bishops’ conference in this matter.

“This assistance will give help in concrete cases of mixed-denomination marriages and create a greater clarity and security for pastors and married people,” said Cardinal Marx.

Elpers said the bishops’ conference cannot release more details about the working effects of the decision until the document is released.

“To what extent couples are happy about this decision, we cannot say,” she said.

The Catholic Church continues to insist that sharing the sacrament of Communion will be a sign that Christian churches have reconciled fully with one another, although in some pastoral situations, guests may be invited to the Eucharist.

In 2016, Cardinal Kurt Koch, president of the Pontifical Council for Promoting Christian Unity, noted that pastoral situations vary from country to country. He made a distinction between “eucharistic hospitality for individual people and eucharistic communion.”

The term hospitality is used to refer to welcoming guests to the Eucharist on special occasions or under special circumstances, as long as they recognize the sacrament as the real presence of Christ. Eucharistic communion, on the other hand, refers to a more regular situation of the reception of Communion by people recognized as belonging to the same church family.

At the plenary conference, Cardinal Marx also commented on Germany’s political situation, which is in historic chaos. A series of failed coalition attempts have left the country without a functioning government since elections last September.

“In the face of great national and international challenges which stand before Germany and Europe, we can only wish for the speedy creation of a stable and motivated federal government,” said Cardinal Marx. “Should there be a new grand coalition now, we will naturally, as the church, correspond to the individual political proposals and — where necessary — raise our voice.”

NEXT: Pope to visit Switzerland in June, government official says