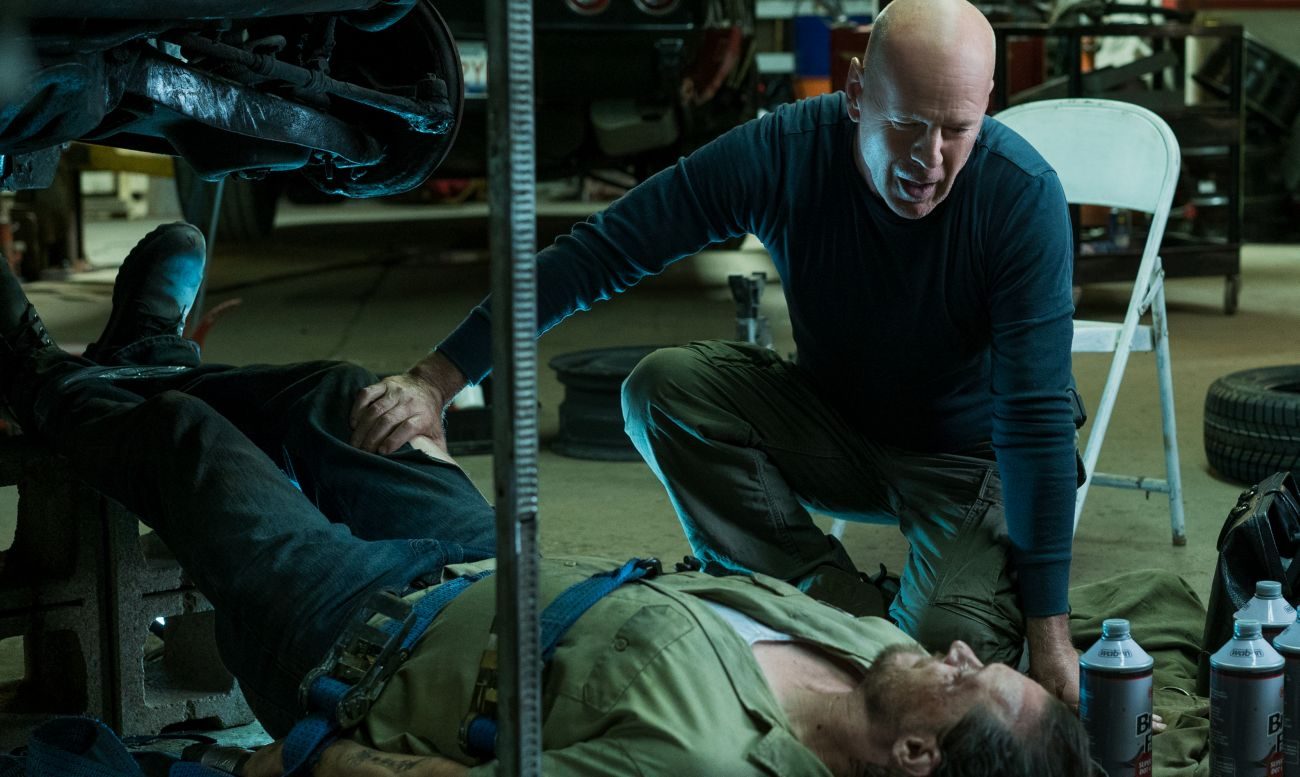 NEW YORK (CNS) — Even dressed up with some style and the presumption of wit, the remake of “Death Wish” (MGM) is the same nihilistic racist vigilante fantasy that the five films in the first series were years ago.

Director Eli Roth and screenwriter Joe Carnahan have set the tale of Paul Kersey, originally a New York architect played by stone-faced Charles Bronson, in Chicago, where this Kersey (Bruce Willis) is a smirking, yet highly dedicated and compassionate, emergency room surgeon whose cool professionalism overtakes any horror at the gunshot wounds he treats every night.

Kersey is slow to realize a growing wave of violent crime until a home-invasion robbery in which his wife, Lucy (Elisabeth Shue), is killed and daughter Jordan (Camila Morrone) is left in a coma.

Police detectives Rains (Dean Norris) and Jackson (Kimberly Elise) are sympathetic, but so overwhelmed by the crime wave that they’re not identifying any suspects. So Kersey has to learn for himself to protect what’s his.

After a visit to a gun store makes it clear that any weapons he purchases there will produce a documented trail, he manages to steal a Glock pistol from a wounded patient, and despite his lack of training, eventually tries it out when he sees a crime committed in the dark of night.

Sepulchral and gimlet-eyed in his hoodie, he’s never identified as he stalks the Chicago streets, and he quickly becomes a social-media meme known as the Grim Reaper. Kelsey eventually starts making the connections that help him figure out his wife’s murderers and the location of his stolen property.

The general idea presented is that Kelsey is more meticulous than vengeance-obsessed as he finds different methods to lure the criminals into traps before killing them. As surgeon, he also treats his own wounds, with no one else any wiser.

Although not quite as racial as the first set of films — these bad guys are heavily tattooed but very unspecific in ethnicity — this unpleasant element is still very much present. Kelsey leads a comfortable life, and seeks direct retribution in lieu of legal justice.