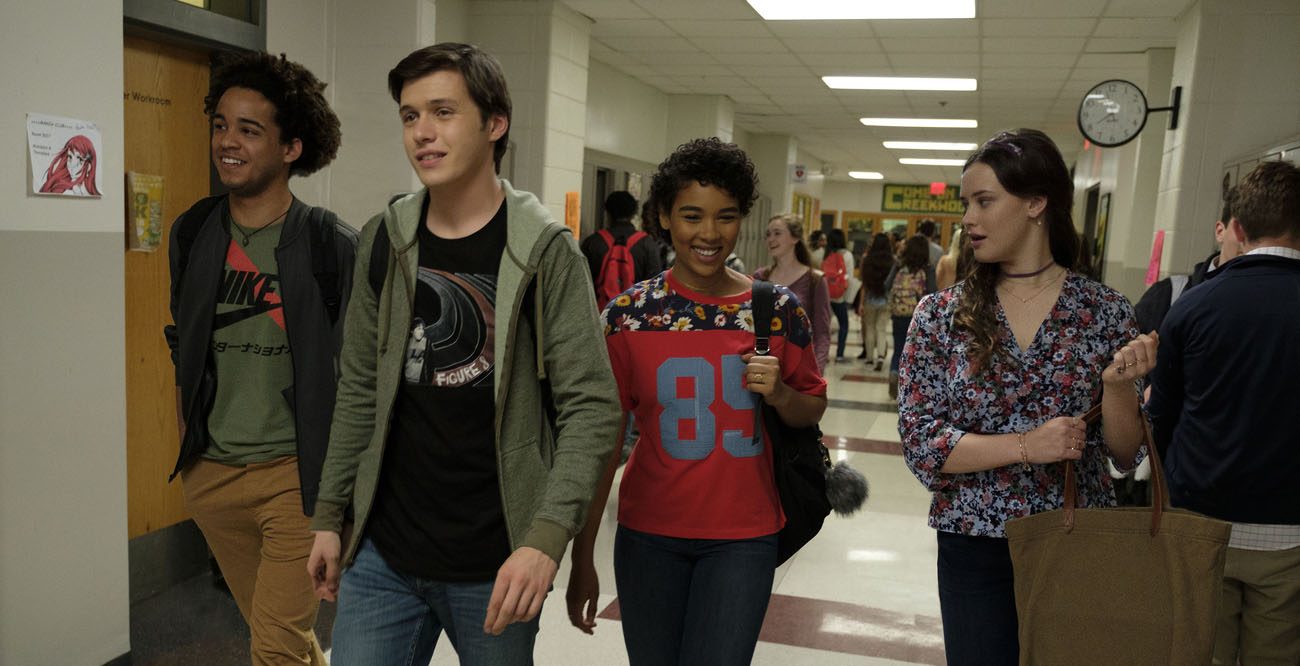 Though its conclusion veers into crowd-pleasing propaganda, the film mostly promotes values that, if disentangled from the widespread notion that all consensual desires are to be satisfied, viewers of faith might appreciate.

The title character, played by Nick Robinson, is a closeted teen unwilling to come out either to his trio of best friends, Leah (Katherine Langford), Abby (Alexandra Shipp) and Nick (Jorge Lendeborg Jr.), or to his sympathetic parents, Emily (Jennifer Garner) and Jack (Josh Duhamel).

When a fellow student from his high school, using a pseudonym, posts online that he is in the same situation, Simon — also employing an alias — strikes up an exchange of emails and gradually falls for his unidentified correspondent. But his furtive life is destined to get still more complicated after callous nerd Martin (Logan Miller) discovers his secret and uses it to blackmail him.

Martin has a crush on Abby, and he compels Simon to find ways to throw the two of them together. The result is just part of the larger tangle of crossed emotional wires that eventually takes in all four of the amigos.

In adapting Becky Albertalli’s 2012 novel for young adults, “Simon vs The Homo Sapiens Agenda,” director Greg Berlanti succeeds in delivering some enjoyable humor as well as moments of genuine pathos. Natasha Rothwell, for instance, is hilarious as Ms. Albright, the drama teacher supervising the school’s production of “Cabaret.”

And there’s a moving scene in which Simon, who fears that acknowledging his sexuality will damage his relationship with his family, including his little sister, Nora (Talitha Bateman), looks on affectionately at their everyday interaction with one another through a window.

Simon has only stepped outside the house long enough to read one of his cherished email messages. Still, this brief physical separation poignantly reinforces for the audience the ongoing sense of emotional isolation he’s experiencing.

Among the topics Simon and Leah discuss during a late-night heart-to-heart, moreover, is the fact that both reject casual romantic ties. They yearn instead to devote themselves, fervently and permanently, to one person alone.

In the end, however, Elizabeth Berger and Isaac Aptaker’s screenplay predictably fails to distinguish between the dignity to which everyone, of whatever inclination, is entitled and the acceptability of acting on urges that fall outside God’s revealed plan for human sexuality — both with regard to the complementarity of the sexes and the divinely intended fruitfulness of married love.

The film contains a benign view of homosexual relationships, same-sex kissing, numerous references to sexuality, several uses of profanity, at least one rough term and considerable crude and crass language. The Catholic News Service classification is O — morally offensive. The Motion Picture Association of America rating is PG-13 — parents strongly cautioned. Some material may be inappropriate for children under 13.

PREVIOUS: Gotham by Gaslight: Batman vs. Jack the Ripper

NEXT: Once a hit song, ‘I Can Only Imagine’ comes to the screen