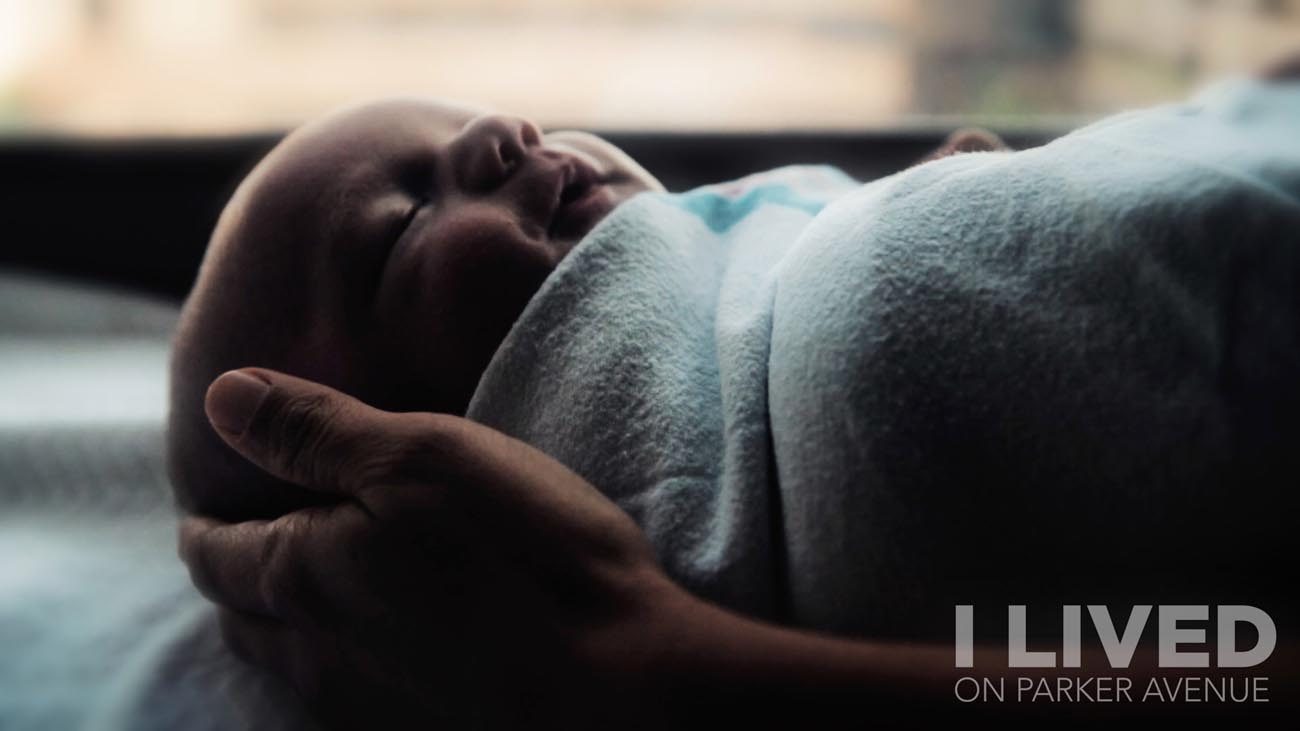 This is an image from the internet-only documentary "I Lived on Parker Avenue," scheduled to be released worldwide March 8. (CNS photo/courtesy Joie de Vie)

WASHINGTON (CNS) — David Scotton knew he had been adopted, but he didn’t really know the circumstances behind it until his birth mother made contact with him.

“I didn’t ask about it for a solid 16-17 years. But when my birth mother reached out to me, it set everything in motion,” Scotton said.

“She had to do it through the law firm because of the semi-open adoption. The law firm had to ask me if I was even interested,” he recalled. “Once I said yes, that’s when things started moving.”

“When I sat down and got my thoughts together, I thought there might be some positivity in it … so I said sure. I sat down and wrote the letter, sent it to the law firm and they sent it to the birth mother, Melissa. Two weeks later I got a friend request from Melissa on Facebook. She threw a lot at me about the last 16, 17 years,” said Scotton, now 24 and a law student at Louisiana State University.

The kicker: Melissa was inside an abortion clinic when she changed her mind and decided to go through with her pregnancy and give up the unborn child for adoption.

Scotton has talked to groups before, but his story goes nationwide and worldwide with the release March 8 of an internet-only documentary, “I Lived on Parker Avenue.” It will be available for viewing at https://www.ilivedonparkerave.com.

The half-hour feature shows the emotional reunion between Scotton and each of his birth parents. His adoptive parents are with him every step of the way, even trailing in a car as their son takes a train to Columbus, Indiana, to meet up with the folks who gave him away.

“It was definitely not my idea” to have the cameras rolling, Scotton told Catholic News Service in a Feb. 28 telephone interview from Baton Rouge, Louisiana, where he was on a break between classes. “I in no way saw this coming.”

Raised an Episcopalian, Scotton went to Jesuit High School in New Orleans, where he was a member of the school’s pro-life club. “When I shared this story, Louisiana Right to Life director Ben Clapper immediately seized on it,” he said. “We developed a relationship at his events, and we developed a friendship and the story developed. I was sharing the abortion part and we stared sharing the adoption part. When he found out I was planning to meet them, he said to me, ‘David, how would it feel if I recorded it?'”

Scotton added, “That was not something I felt easy about. I prayed about it for … six months, maybe. I wanted to make sure I was doing it for the right reasons. Adoption is the reason I was given life.” If filming his story convinced one woman to go the adoption route, if this story can at least impact one person if it wasn’t for adoption, then I should let this be filmed. It was my way to give back. It was one of the best decisions I’ve made. By far.”

Scotton got to meet not only his birth mother, but Brian, his birth father. After David was adopted, Melissa and Brian got married and they had a daughter, who is Scotton’s full sister.

That was in 2013. Since then, “the last five years have taken a toll on me,” Scotton told CNS.

As for his adoptive parents, “they’re excited as well to see what happens with the film and to see how many people we can impact,” Scotton said, adding Melissa joined him on the Fox News Channel segment.

Things are “a little different” for Brian, though, according to Scotton. He’s been reticent about revealing his past. “His wife knows, and his kid knows, but his family in Indiana actually doesn’t know I exist,” he said, and Brian is counting on using the film to speak for him.

Scotton did recount one time when a girl told him: “I was sexually assaulted and I didn’t know if I was pregnant. I like to think I would have done what your birth mother had done and choose adoption” over parental pressures to get an abortion.

NEXT: Admissions not affected by gun-law protests, some Catholic colleges say