Cardinal Tagle questions acts of ‘kings’ who use violence to intimidate 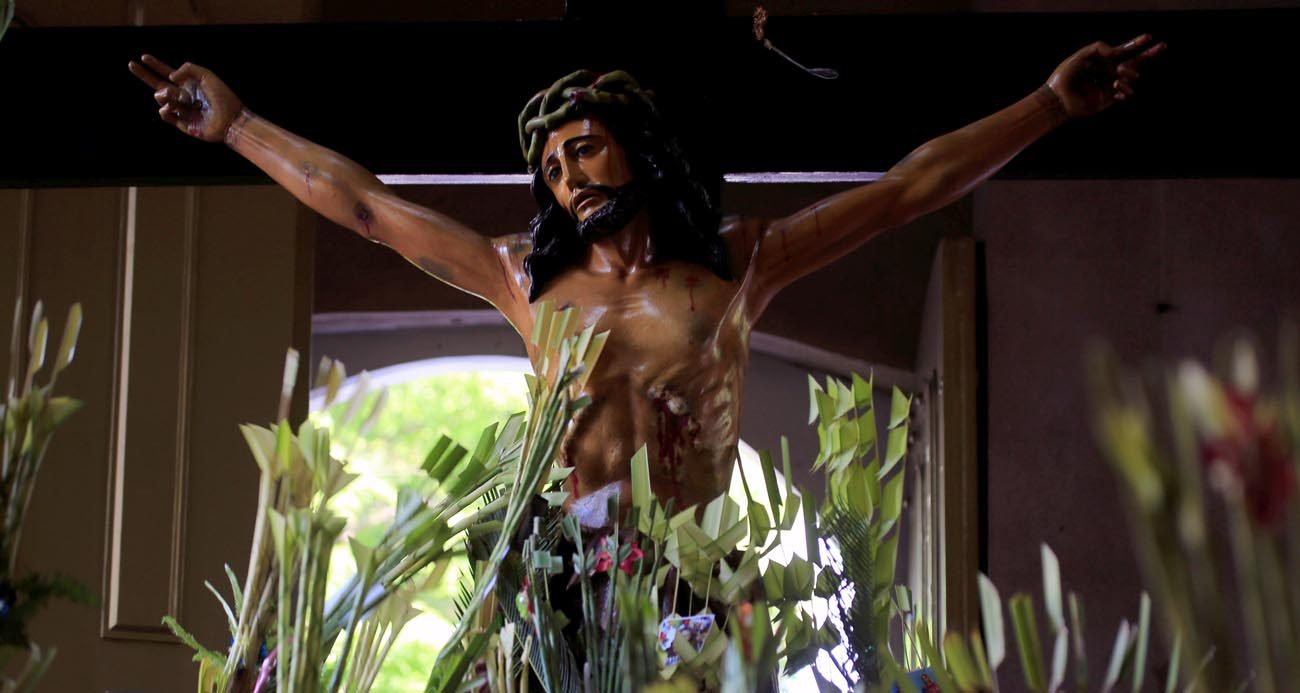 MANILA, Philippines — Cardinal Luis Antonio Tagle of Manila questioned the actions of “kings who use violence” to intimidate the weak as he led Palm Sunday observances that opened Holy Week.

In his homily during early morning Mass for the blessing of palms March 25 in Manila, the prelate poured scorn on leaders “full of cockiness and devoid of humility.”

“Today, many follow the kings who use violence, arms and intimidation but are without any understanding and oneness with the weak,” the cardinal said.

“Our king does not rely on violence, in arms, in swords, in bullets or guns. Our king trusts in God alone,” he said.

“True authority,” he added, comes from the “serene dignity and silence of a person who trusts in God and who is in full solidarity with sinful humanity.”

The cardinal also urged Catholics to take advantage of Holy Week to get to know Jesus more deeply. “Let us focus on Jesus. Let us look and listen to him to get to know him again,” he said.

In his own Holy Week message, Philippine President Rodrigo Duterte called on Filipinos to help the oppressed.

“Let us remember to always help and uplift the downtrodden because it is only through charitable actions that we can make God’s presence visible among us,” Duterte said.

He also called for unity among Filipinos to be able to “build a truly equitable and inclusive nation where everyone can enjoy a decent and comfortable life.”

The president said Christ’s resurrection should be a reminder for Filipinos that the country “deserves salvation from social ills” such as drugs, criminality and corruption.

Human rights groups, however, have claimed that Duterte’s “war against drugs” has resulted in the killing of thousands of suspected drug users and peddlers.

Elsewhere in the country, Archbishop Socrates Villegas of Lingayen-Dagupan, an outspoken critic of the president’s anti-narcotics campaign, said Holy Week should not only be about religious traditions and pious practices.

“(Holy Week) is about what Christ has done for humanity,” he said, adding that the week is “holy because of love.”

“Love alone can make us holy,” the archbishop continued, noting that a person, for example, can show love by visiting the sick aside from a traditional church visit.

“Instead of spilling your blood on the streets, why not walk into a Red Cross office and donate blood? Choose to share life. Share your blood,” he said.

“Do we need to walk barefoot till our soles get blisters as a form of penance for our sins?” he asked. “Why don’t you buy a pair of slippers and give it to a child who goes to school dragging his torn footwear?”