Despite new law, some Irish pubs will remain closed on Good Friday 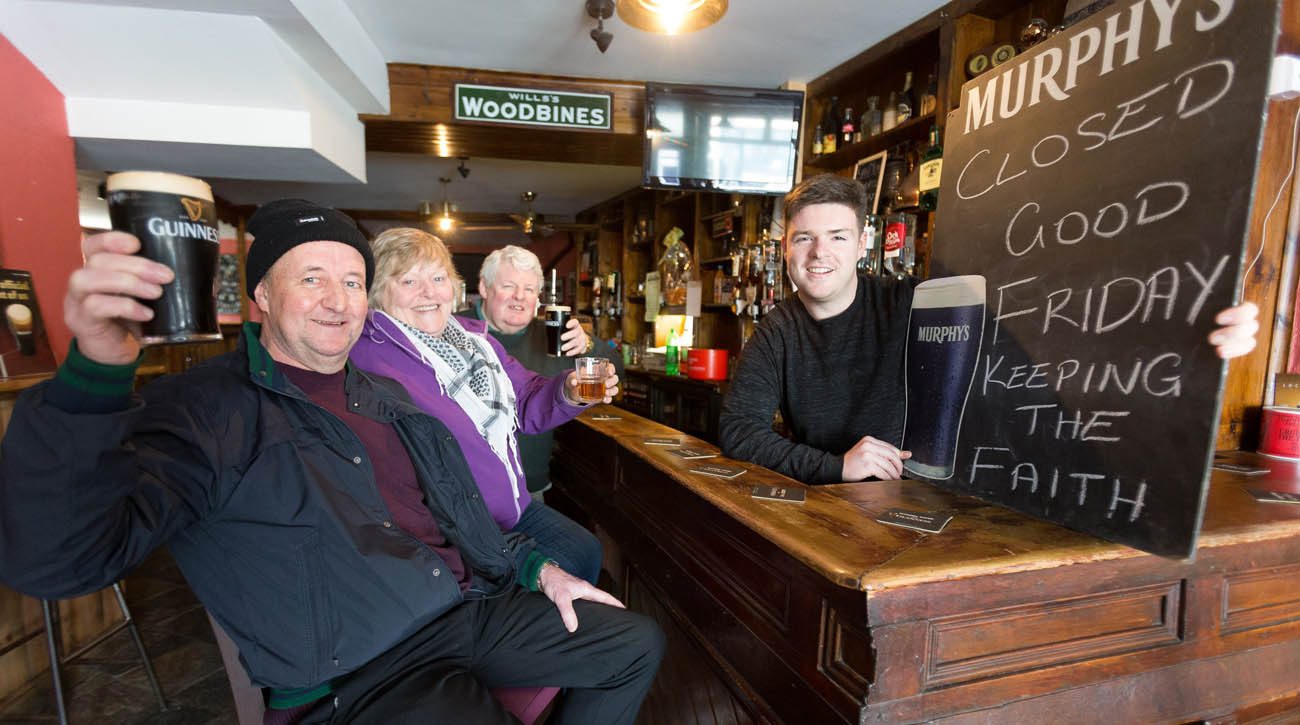 DUBLIN (CNS) — While Irish pubs will be allowed to open and serve alcohol on Good Friday, March 30, for the first time in 91 years, some pub owners have vowed to remain shut and observe the tradition.

President Michael D. Higgins signed the law change into effect in advance of the religious holiday this year after overwhelming support for the move in parliament.

The ban on serving alcohol on Good Friday has been in place since 1927, when lawmakers decided that the penitential nature of the day of fast and abstinence merited a public observance. However, in recent years, pub owners have claimed that the prohibition was having a detrimental effect on tourists visiting Ireland for Easter.

However, owners in at least two towns say they will remain shut.

In Drumconrath, County Meath — north of Dublin — the three local pub owners have joined forces to observe the Good Friday tradition. Dermot Muldoon, Pauline Fay and Pat Dempsey have declared they will honor the time-old tradition this year.

“Publicans get two days off in the whole year — just two — so we decided to keep that holiday as well as keeping up the tradition and having a bit of respect for our religion,” said Muldoon.

“We’ve received a load of support from our customers; after all it’s only one day,” he added. “We were known for closing on Good Friday throughout the world — it was something different about Ireland, and now that’s gone. Slowly, all the Irish traditions are being stripped.”

Pauline Fay of Fay’s Bar said the day enables bar owners to completely switch off and spend the day with family. She added: “Quality of life has no price. I always spent the day with my children and continue to do so.”

Meanwhile, pub owners in a town in County Cork also vowed to remain shut. All six pub owners based in the town of Newmarket have decided to join together and keep the observance.

Joan Hourigan has been serving pints from the behind the counter at Hourigan’s bar for the past 50 years. She told RTE Radio that Good Friday “is something that I cherish and a tradition I want to maintain.” She said that religion is playing only “a small part” in her decision to remain closed.

One of the other pub owners in the village, Mick Hourigan, announced the move to his customers on his pub’s Facebook page, and the response from customers has been universally positive.

He said: “There are 363 days a year when the pub is open and I think that it plenty. Soon they will want us to open on Christmas Day.

“It is going against the grain — but who knows? Other pubs around the country may follow,” he said.

On the Facebook page of Hourigans Bar Newmarket, one customer wrote: “It is great to see that old traditions matter to our country … well done to you and hopefully more will follow.”

Another wrote “well done Newmarket, keep up our traditions” while one woman posted: “Well done to ye guys. Fair play. Our country needs to stand up for its traditions. Very proud that it is Newmarket leading the way — we lead where others follow.”

Over the years, revelers determined to have a drink found increasingly novel ways to indulge. Alcohol was not banned on trains, so people often bought train tickets for unnecessary return journeys in order to buy drinks. Similarly, some people in border counties organized trips to Northern Ireland where no such ban was in place.