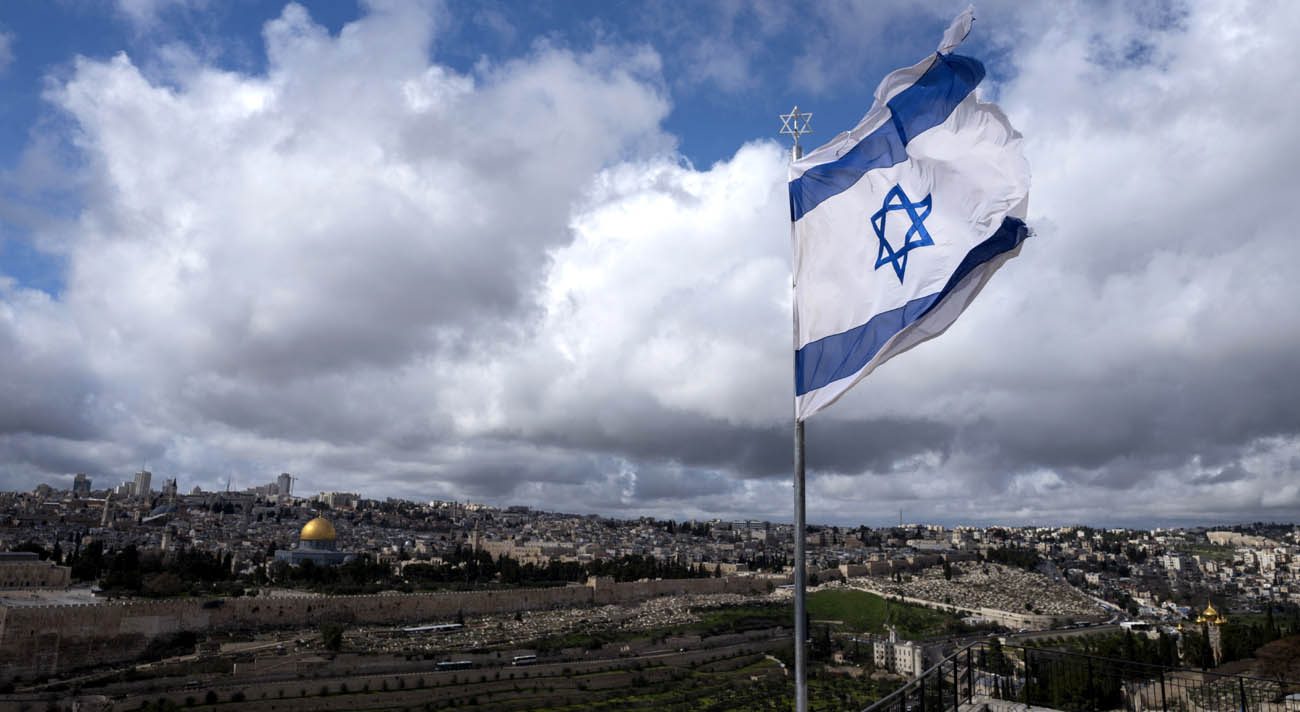 An Israeli flag on Mount of Olives flies near the city of Jerusalem Feb. 13. (CNS photo/Jim Hollander, EPA)

WASHINGTON (CNS) — U.S. Christian leaders, including the head of the U.S. Conference of Catholic Bishops, wrote government and church leaders in the Holy Land to express opposition to Jerusalem’s plan to tax church properties not used for worship.

In early February, the Jerusalem Municipality announced it would begin collecting $186.4 million in property taxes from some 887 church-owned properties that were not houses of prayer. The proposal to levy taxes on some properties would run contrary to the unofficial historical tax-exempt status the churches have enjoyed for centuries.

Franciscan Father David Grenier, general secretary of the Custody of the Holy Land, which oversees Catholic religious sites, said bank accounts of some churches, such as the Anglicans and the Assyrians, were frozen in mid-February. He said some churches had been threatened with confiscation of property if the bills went unpaid, and churches were being charged retroactively for seven years.

After the Christian leaders closed the Church of the Holy Sepulcher for three days, the Israeli government set up a negotiating team to resolve the dispute.

A church source in the Holy Land told Catholic News Service March 14 that the committees for the talks had not yet been formed.

In their letter to Prime Minister Benjamin Netanyahu and Jerusalem Mayor Nir Barkat, the U.S. church leaders noted that the proposed tax measures “would have the effect of creating a situation that jeopardizes the very survival of the Christian community in the Holy Land.”

They said the different activities in which the Holy Land churches are involved — education, health care and pilgrimages — “are integral to the churches’ mission” and also benefit the Jerusalem community beyond the churches.

PREVIOUS: Despite new law, some Irish pubs will remain closed on Good Friday