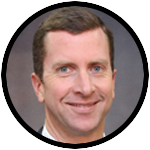 Five years ago I was teaching a leadership course for a group of priests in Rome when we heard that Pope Benedict XVI had resigned. In an interview with a BBC reporter outside of the Basilica of St. Peter, I shared my opinion that it took a tremendous amount of courage for him to retire, the first pope to do so in more than 400 years. I still believe it was an act of inspired leadership done out of love and concern for the church and her people.

Then on March 13, 2013, the world was introduced to his successor, Pope Francis. As we commemorate the fifth anniversary of his papacy, it is an appropriate time to reflect on what has changed under Pope Francis’ leadership.

Perhaps the most significant change is the fact that the Catholic Church is once again a part of the global conversation. In keeping with the simplicity of his namesake, Pope Francis changed the perception of the church and made it relevant again.

In the first years of his papacy, I had more friends, Catholic and non-Catholic, ask me what I thought about Pope Francis than I had with any other church leader in my lifetime. People seem fascinated by his humility, his willingness to engage in dialogue and his concern for the poor and most vulnerable in our society.

Fundamentally, I think people are attracted to his holiness and his authenticity. His example of leadership stands in stark contrast to the what we see from so many other leaders in our world today.

In “The Joy of Gospel,” the pope shared a vision for the church, stating, “I dream of a ‘missionary option,’ that is, a missionary impulse capable of transforming everything, so that the church’s customs, ways of doing things, times and schedules, language and structures can be suitably channeled for the evangelization of today’s world rather than for her self-preservation.”

And he made it clear that his message is not just for “leaders” in the church, it is for all of us. “In virtue of their baptism, all the members of the People of God have become missionary disciples,” Pope Francis wrote.

What is significant is that he encouraged everything to be transformed except church teaching. Much like Jesus, who came “not to abolish the law, but to fulfill it,” Pope Francis has not changed the church’s teaching in five years.

In five years, Pope Francis has changed the conversation about the Church with the world and has started a new conversation within the church about what it means to be a “missionary disciple.” This is an enormous accomplishment for an organization that thinks in centuries and a world that thinks in days, seconds and 140-character tweets.

There are many people at all levels of the church who are comfortable with the status quo and are hostile to anything that would challenge the responsibility, the influence, or the comfort they have in the current structures and ways of doing things. They prefer to focus on internal battles within their faith community instead of the battle for souls outside of church walls.

For culture to change, the behavior of individuals must change. For behavior to change, individual bishops, priests, deacons, religious and lay women and men must choose to act differently. Their likelihood of acting differently is often determined by three factors: their prior experience; the existence of behavioral role models; and persuasion from others. In “The Joy of the Gospel” and much of his pontificate, Pope Francis has offered the persuasion to do things differently, but his exhortation alone is insufficient for most.

Given the decline in the practice of Catholicism in the West, it is obvious that most people’s prior experience in sharing their faith with others has not been very successful. Therefore the big opportunity is to hold up new role models who can show how to share the love and mercy of Jesus and the beauty and truth of Catholicism with one another.

In a self-focused world, this requires people with a commitment to the growth of others. It requires patience to accompany another in friendship and it requires wisdom born of authentic holiness.

In the next five years, I hope and pray that more Catholics choose to be part of changing the culture — that we develop both the humility of a Francis to enter into relationship with those who are most in need in our society and the courage of a Benedict to try things that are rarely considered.

I hope we can focus less on self-preservation and risk the pushback and rejection it may take to grow as a disciple of Jesus Christ and share his life-changing mission with others. And like Pope Francis, I hope we can do it with joy and a smile.

In just five years, Pope Francis clearly changed the conversation. Can he also change the culture? The answer is up to us.

Matthew F. Manion is faculty director of the Center for Church Management at Villanova School of Business.

NEXT: Inside CatholicPhilly.com – Pope Francis at Five