Superman continues to evolve as he turns 80 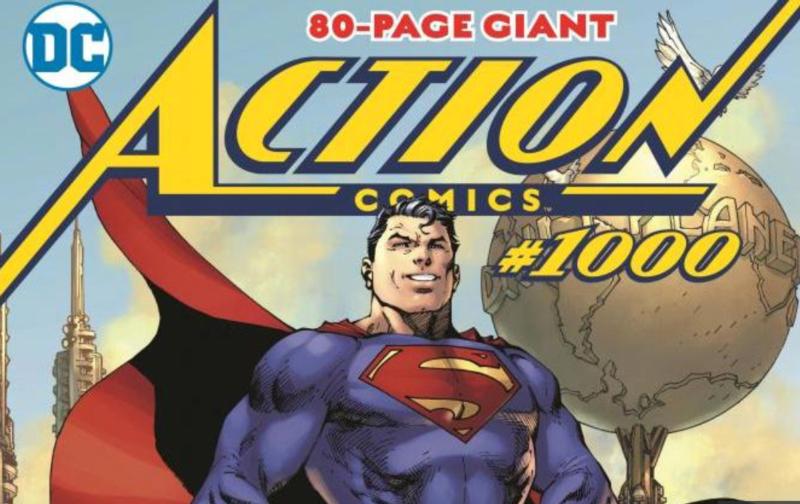 The year 2018 marks eight decades since the first appearance of Superman in Action Comics No. 1. It also sees the arrival of issue 1,000 of the “Action” series. DC Comics is celebrating these milestones with a special expanded edition of Action Comics as well as a book, “80 Years of Superman: The Deluxe Edition.”

Action Comics No. 1,000 is a series of short comics stories by popular DC writers such as Scott Snyder, Geoff Johns, Tom King and Peter J. Tomasi. The art is provided by Olivier Coipel, Rafael Albuquerque, Clay Mann, Patrick Gleason and superstar Jim Lee, among others.

The stories in both volumes celebrate Superman and his commitment to fighting evil, telling the truth and being a good friend and husband (he and Lois Lane were married in 1996). Not for nothing is he called “the big blue boy scout,” although in the modern world of dodgy politicians and celebrities, Superman seems deeply countercultural.

His basic history is well known: Superman was created in 1933 by writer Jerry Siegel (1914-1996) and artist Joe Shuster (1914-1992). The two had become friends while attending high school together in Cleveland.

Jerry Siegel’s daughter, Laura Siegel Larson, penned the forward to “80 Years of Superman.” She notes that her father and Shuster sold the character to DC Comics for a mere $130 — a fact that eventually led some of Superman’s fans to charge the publisher with taking advantage of the young duo. In 1976, DC gave Siegel and Shuster a pension and a “created by” credit for all time.

Based on his non-Earthly origin and propensity both for saving people and urging them to repent and think of others, Superman has often been considered a Christ figure. One of the best stories in Action No. 1,000 reflects this similarity.

It’s the 1930s, and Superman stops a crook in his car, then hangs him from a telephone pole before letting him go. Visiting the man later, Superman offers not only judgment, but mercy.

“You’ve had your fair share of knocks,” Superman says. “And you can keep knocking the world back like you’ve done. Or you can make a decision today. Be that person who wasn’t there for you for someone else.” Touchingly, the man does just that.

“80 Years of Superman: The Deluxe Edition” offers short essays about the Man of Tomorrow by writers and journalists as well as reprints of classic stories. Editor Paul Levitz includes tales ranging from 1938’s Action Comics No. 1 and the first appearance of Supergirl (No. 252) to Clark Kent revealing to Lois that he is also Superman (No. 662). In No. 309, Superman gets to meet President John Kennedy.

Journalist Larry Tye observes that, over the years, “Superman has evolved more than the fruit fly.” In the 1930s, the Man of Steel was a crime fighter. In the ’40s, he was a patriot combating Nazi aggression. In the ’50s, he took on communist spies. And at the end of the Cold War, he tried to eliminate nuclear stockpiles.

Today, Superman might be focusing on his day job as a journalist. That’s been hinted at by Brian Michael Bendis, the star comic book writer who decamped from Marvel this year to take over the Superman franchise at DC.

Along the same lines, in “80 Years of Superman,” David Hajdu, author of the comic book history “The Ten-Cent Plague,” smartly considers how Superman and his alter ego, Daily Planet reporter Kent, complement each other.

“In his role as a godly endowed hero among humans, Superman has always been much more concerned with the dispensing of justice than the revealing of truth,” Hajdu writes. “He hunts and catches villains, crooks and evildoers of all kinds — earthy, alien, extra-dimensional or inexplicable — and enforces a resolutely held super code of right and wrong.”

However, Clark Kent’s mission as a reporter is “to serve the truth.” Superman’s creators “made clear that they saw both sides of their cleverly dualistic character as companionably heroic,” Hajdu notes. Moreover, “Clark’s work as a journalist often drove the narratives.”

NEXT: Nature goes on a predictable romp in ‘Rampage’