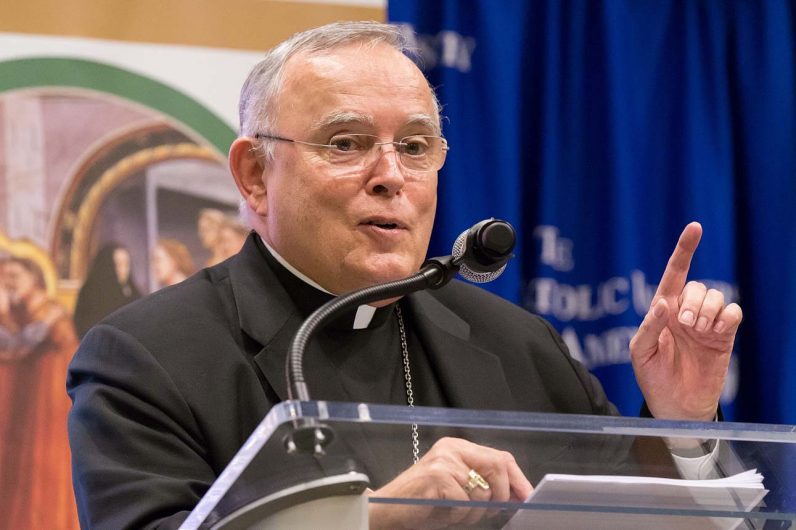 WASHINGTON (CNS) — Medical and legal experts addressing the damaging effects of artificial contraception and abortion on health care, law and society as a whole urged hundreds of attendees at a symposium to evangelize and transform the culture through the Catholic Church’s profound encyclical reaffirming the sanctity of marriage and human life.

The speakers were talking about Blessed Paul VI’s 1968 encyclical “Humanae Vitae” (“Of Human Life”) and they made the comments at an April 4-6 symposium marking the 50th anniversary of the document.

The gathering was titled “Embracing God’s Vision for Marriage, Love and Life” and hosted by The Catholic University of America.

Among the speakers was Helen Alvare, a professor of law at the Antonin Scalia Law School at George Mason University. She spoke April 6 as part of a panel on “The Prophecies of ‘Humanae Vitae’ — A Panel on Health and Love: The Distortions Introduced Into Health care, the Marital Relationship and Law by the Contraceptive Mentality.”

Alvare addressed the historical roots of making birth control and abortion a constitutional right in the United States and what she described as a devastating decline of legal safeguards for women and children that has resulted.

State laws existed in this country banning unwed cohabitation, pornography, birth control and abortion, but throughout the 1950s and 1960s, those laws began to be wiped away, Alvare said. The purpose of these laws was to protect children so they would be raised with a married mother and father.

“Poor women and poor children have suffered the most since contraception,” she said. “(Society’s message is) sexual expression without marriage is freedom.”

In erasing those laws, the courts soon found a “right to privacy,” which now in the opinion of many people supersedes all other rights, she said.

As a result, “being without children is (believed to be) women’s highest goal. … The courts have made women’s chief freedom the right to be alone with their contraceptives and abortion clinics,” Alvare warned.

Other speakers were: Dr. Marguerite Duane, of the Georgetown University School of Medicine and executive director of Fertility Appreciation Collaborative to Teach the Science, or FACTS; Deacon William V. Williams, a medical doctor, member of the Catholic Medical Association and editor of The Linacre Quarterly; and Suzanne N. Hollman, associate professor and co-director of the IPS Training Clinic, Institute for the Psychological Sciences.

In another session, Elizabeth Kirk, a scholar who writes and speaks on matters of family law and religious freedom, spoke about the document’s teaching on infertility and the hope that it can bring to couples like Kirk and her husband, who have struggled with infertility throughout their marriage.

The heart of “Humanae Vitae” affirms that the unitive and procreative meanings of conjugal love are inseparable, said Kirk. It specifically notes that all couples are called to live fully fruitful lives, even if they are infertile, she added.

“The beauty of ‘Humanae Vitae’ is that it tells infertile couples that conjugal love expressed fully and faithfully always carries both meanings,” even if it does not result in biological children, said Kirk, who noted that the teaching “brings great comfort and consolation to infertile couples,” who can discern other ways that God is calling their particular marriage to bear fruit, such as through adoption.

“Infertility is just one example of how our human suffering can bear spiritual fruit,” she said.

The Catholic Church’s teaching on marriage, abortion, human sexuality and contraception is rooted in the same respect for human dignity that guides its work for social justice and care for poor people, Philadelphia Archbishop Charles J. Chaput said in his keynote address opening the symposium April 4.

It is imperative that the church make known why it upholds its teaching, as reiterated in “Humanae Vitae” (“Of Human Life”), so that Catholics and the world understand God’s plan for humanity, said the archbishop, who chairs the U.S. Conference of Catholic Bishops’ Committee on Laity, Marriage, Family Life and Youth.

Kelly Sankowski and Dennis Sadowski contributed to this story.