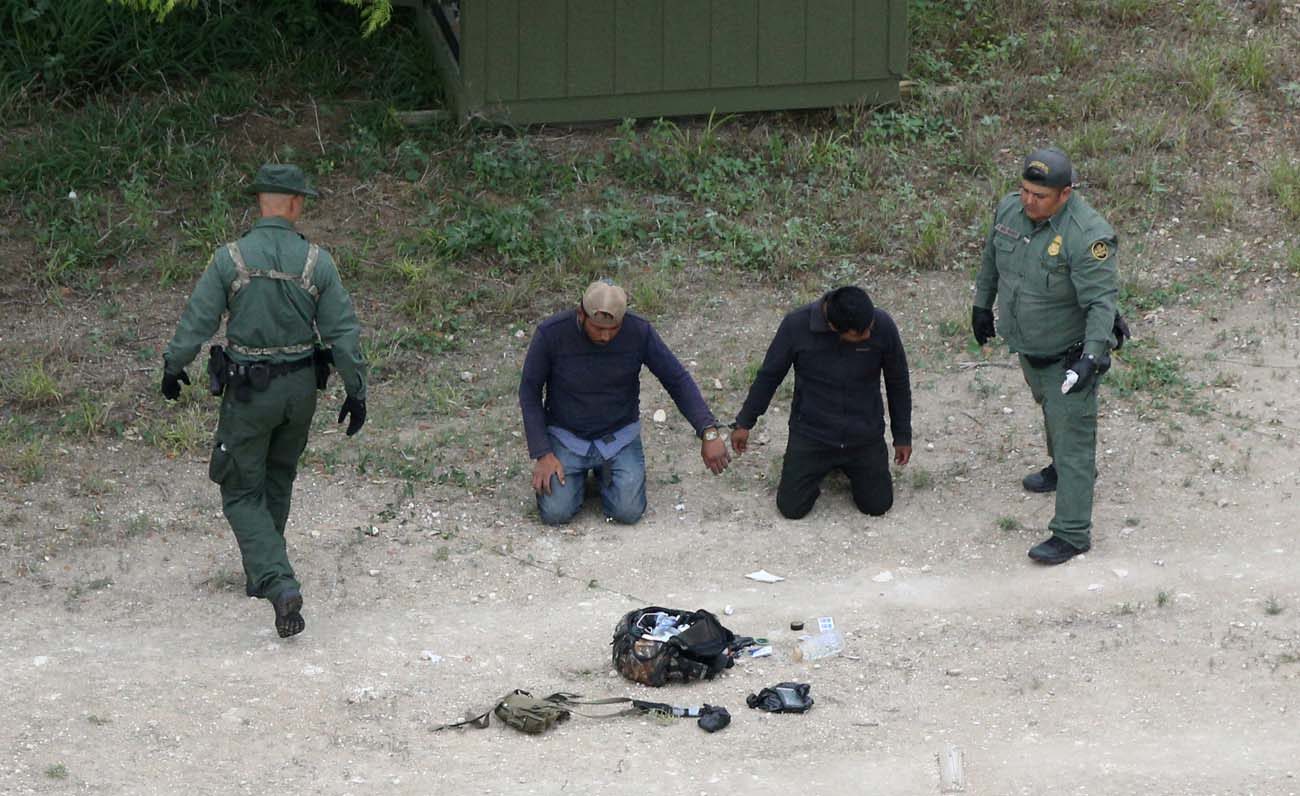 In an April 5 tweet, San Antonio Archbishop Gustavo Garcia-Siller said Trump’s move was a “senseless action and a disgrace on the administration.” He also said the decision to send troops to the border demonstrated “repression, fear, a perception that everyone is an enemy, and a very clear message: We don’t care about anybody else. This is not the American spirit.”

The Diocese of El Paso’s Commission on Migration similarly criticized Trump’s decision, saying in an April 4 statement that the plan was “morally irresponsible and dangerously ineffective.”

The statement, signed by Bishop Mark J. Seitz of El Paso and co-chairs of the committee, Lily Limon and Dylan Corbett, also said the action was “a hurtful attack on migrants, our welcoming border culture and our shared values as Americans.”

The next day, Bishop Seitz issued his own statement on Trump’s announcement, calling it a “rash and ill-informed action” which he asked the president to reconsider.

“It is time for Mr. Trump to stop playing on people’s unfounded fears,” he added, noting that he lives on the border and his city is “one of the safest in the country.”

The Mexican bishops’ conference also responded to Trump’s action tweeting April 5: “It’s very dangerous for our Mexican and Latin American people to have a semi-militarized border,” saying migrants could be executed just trying to cross the border.

The memorandum Trump signed about the border said the situation there “has now reached a point of crisis. The lawlessness that continues at our southern border is fundamentally incompatible with the safety, security, and sovereignty of the American people. My administration has no choice but to act.”

The memorandum did not offer specifics about the number of troops that would be deployed or length of time they would be stationed along the border. It said the deployment would be done in coordination with governors. On April 5, the president said he was considering sending “anywhere from 2,000 to 4,000” troops and he told reporters that the troops, “or a large portion of them” would stay until a border wall is constructed.

The signed memorandum said Trump has the right to take this step, stating that the president may ask the secretary of defense to support the work of the Department of Homeland Security in securing the border, “including by requesting use of the National Guard, and to take other necessary steps to stop the flow of deadly drugs and other contraband, gang members and other criminals, and illegal aliens into the country.” The memorandum said: “The security of the United States is imperiled by a drastic surge of illegal activity on the southern border.”

It also noted precedence for such an action, citing decisions by both President Barack Obama and President George W. Bush to send troops. Obama sent 1,200 National Guard troops to the border in 2010 in Operation Phalanx; initially they were to stay there from July 2010 until the end of June 2011. But their stay was extended into 2012, though that year the number of troops was scaled back. Bush ordered 6,000 troops to the border in 2006 in Operation Jump Start; they stayed from June 2006 to July 2008.

In 2014, Gov. Rick Perry sent 1,000 Texas National Guard troops to the border after an influx of unaccompanied minors from Central America were seeking asylum in the United States.

Although some members of Congress have criticized Trump’s plan, calling it a political move and a waste of military resources, the Republican governors of Texas, Arizona and New Mexico — all states that border Mexico — have supported it.

Arizona Gov. Doug Ducey tweeted April 4: “Arizona welcomes the deployment of National Guard to the border. Washington has ignored this issue for too long and help is needed. For Arizona, it’s all about public safety.”

And Texas Gov. Greg Abbott said in a statement that he welcomes Trump’s plan which he said reinforces the state’s commitment to secure and uphold the law. “Going forward,” he said, “Texas will continue to implement robust border security efforts, and this partnership will help ensure we are doing everything we can to stem the flow of illegal immigration.”

The El Paso diocesan commission’s statement, also signed by the Texas-based Hope Border Institute, said the border community already knows the “painful moral and human consequences of the militarization of our border.”

“Our undocumented brothers and sisters go through daily existence trapped between checkpoints and failed laws,” the statement said, adding that “asylum seekers fleeing terror and seeking mercy at our border are imprisoned and separated from their families.”

The commission also said the border has never been more secure and called it “irresponsible to deploy armed soldiers in our communities.”

Instead, it stressed “working together to address the dehumanizing poverty and insecurity in our sister countries in Latin America and around the world” to resolve root causes that drive migration and finding a way to “end the hopelessness in our communities that fuels our nation’s addiction to drugs, which deals only death and destruction to the people of our continent.”

NEXT: Catholic peace activists face charges after detention at submarine base