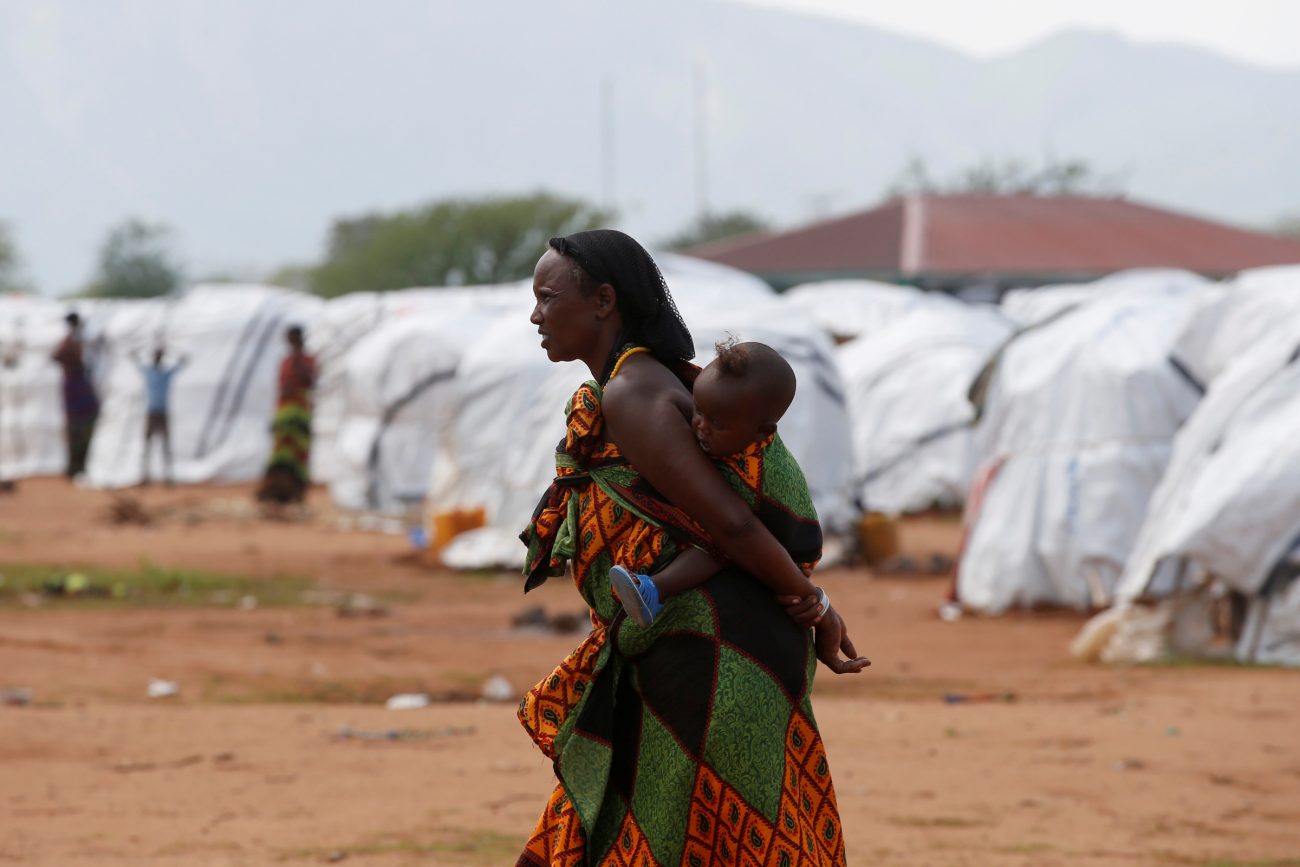 WASHINGTON (CNS) — War, famine and gang violence have created the largest global refugee population since World War II, yet the U.S. has drastically cut the numbers of refugees it will accept, causing the reduction and closure of Catholic resettlement programs nationwide.

Nearly 20 U.S. Catholic refugee resettlement programs have closed in the past two years and dozens of others have scaled back their efforts because there are fewer refugees being admitted into the country, said Richard Hogan, director of resettlement services for Migration and Refugee Services, an arm of the U.S. Conference of Catholic Bishops.

The U.S. State Department authorized the resettlement of 85,000 refugees in fiscal year 2016.

In fiscal 2017, it authorized 110,000, which began during the last year of the Obama administration. However, the State Department ended up permitting only 53,716 refugees to enter the country by the end of the fiscal year.

President Donald Trump took office three months into the 2017 fiscal year and his administration made it clear it wanted to reduce the number of refugees the country would take in.

Catholic Charities agencies traditionally resettle roughly 25 percent of all refugees admitted into the U.S. each year and the decreases in numbers have been felt, said Jim Kuh, senior director of immigration and refugee services for Catholic Charities USA.

“There is not a Catholic Charities program that has not been impacted in some way,” Kuh told Catholic News Service, adding that the “picture is not a pretty one.”

Catholic organizations charged with resettling refugees have laid off or transferred as many as 300 employees as a direct result of the reduced numbers, Hogan said, adding that his department hasn’t received updated data since November, meaning that figure may be higher.

The cause for alarm isn’t as much about the layoffs as it is about the humanitarian impact, said Donald Kerwin, director of the Center for Migration Studies in New York. The international migration think tank was established in 1964 by the Congregation of the Missionaries of St. Charles, Scalabrinians, a community of Catholic priests, nuns and laypeople dedicated to serving migrants and refugees throughout the world.

There are currently 66 million forcibly displaced people in world, many of them living in refugee camps, often waiting several years to either return to their homeland or to be accepted into countries that have agreed to resettle them, in order to re-establish a dignified life, Kerwin told CNS.

The U.S. was only accepting a small fraction of these people each year under the best circumstances and the drastic cuts are making more of the world’s refugees continue to live in temporary conditions where they can’t work, they are often separated from their families and unable to rebuild a semblance of a normal, productive life, he said.

Trump administration policies involving refugees is a rejection “of a hierarchy of issues of concern to the church,” Kerwin said. “These issues involve life, they involve human dignity, they involve flourishing. People are being killed by gangs, they’re being persecuted.”

Administration officials have reasoned that the lower numbers of refugees will allow more extreme vetting to ensure they don’t pose a terrorism threat. They also have maintained that accepting more refugees is too costly and becomes a drain on American resources.

Several officials at Catholic Charities agencies throughout the U.S. told CNS they know of no serious crimes committed by the refugees resettled by their organizations and the $1,125 in federal funding they receive for each person helps with food and shelter while they are getting settled into the country.

In addition to providing economic relief to refugees, Catholic Charities programs assist them with navigating health and school systems, receiving temporary cash assistance, tutoring for the youth, English as a second language for adults, orientations to help with cultural adjustment and even clinical counseling, said Shalaina Harlan-Yuya, director of refugee services for Catholic Charities Fort Worth.

“More than 90 percent of refugee families become self-sufficient within 6 months of arriving in this country,” Harlan-Yuya said. “Refugees are eager to work, and our staff are able to place them into jobs, usually within their first 90 to 120 days in the country.”

The refugees end up filling a void in the job market, especially when there is low unemployment, said Marjean A. Perhot, director of refugee and immigration services for Catholic Charities Archdiocese of Boston, whose organization has only received 12 refugees so far this fiscal year, causing them to lay off one employee and lose three others through attrition.

“It’s not like they are taking jobs away from U.S. citizens,” Perhot told CNS. “They are often taking jobs that employers are having a hard time filling.”

The refugee resettlement program is a practical avenue for welcoming the stranger, a tenant of Catholic social teaching, Harlan-Yuya said.

“Because these individuals have been persecuted or fear persecution due to their race, nationality, religion, social group membership or political affiliation, they deserve our welcoming spirit, hospitality, and support,” she said.

After 77 years in operation as the primary refugee resettlement agency in northeast Iowa, Catholic Charities of the Archdiocese of Dubuque, Iowa, was forced to close its refugee resettlement program at the end of January, Tracy Morrison, executive director of that agency, told CNS.

“The primary reason for our closure was due to the federal government’s significant cutback in the number of refugees allowed to enter the United States,” Morrision said. “This number was reduced by more than half. Given the reduction in refugees legally permitted to the United States, our agency could not meet the minimum threshold of resettlements required to keep our program open.”

Though Morrision said the humanitarian impact of the closure can’t be measured, she said it has been “felt and seen” in northeast Iowa.

“Our refugee resettlement agency was a hub for refugee families to relocate to northeast Iowa because they had a U.S. tie or connection to the area,” she said. “It is beneficial for refugees to be resettled in a location where they have family and support systems to help them integrate to their new country.”

Catholic Charities Spokane, Washington, was considering restarting its refugee resettlement program, which was shut down after the attacks on the World Trade Center and Pentagon in 2001, said Robert J. McCann, president of the organization.

It’s important to note that the U.S. is not on track to reach the 45,000-refugee target by the end of September, which had been set by Trump, said Ted Bergh, chief executive officer of Catholic Charities Southwestern Ohio, whose organization resettled 333 refugees in 2016, but has resettled only 120 so far in fiscal 2018.

“We hope that more refugees will be arriving soon,” Bergh told CNS. “The suffering of refugees waiting to find a home and resume their lives should not be allowed to continue.”

This Catholic Charities agency is trying to find a way to keep its staff and maintain the capacity to welcome refugees when arrivals return to prior levels, he said.

“The United States was once the leader in the world for receiving refugees and we hope this distinction is revived,” Bergh said. “This reflects Catholic social teaching that guides our efforts to always act for the common good and with respect for the human dignity of all men and women.”