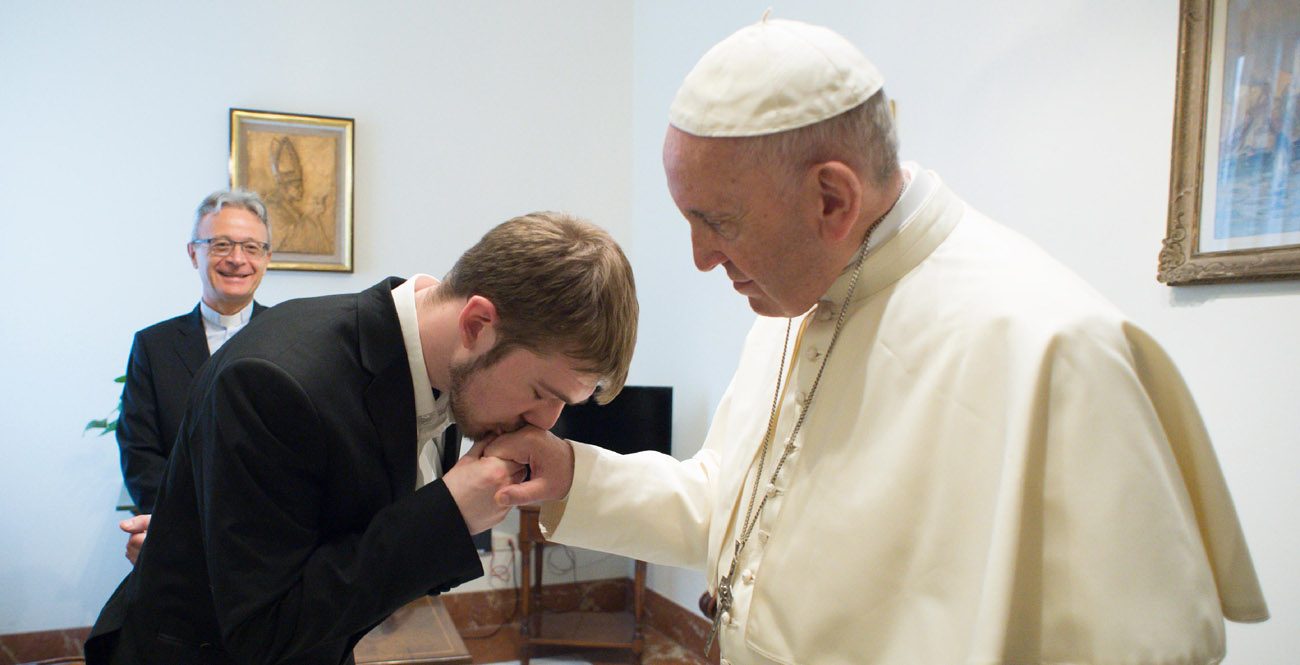 Tom Evans, father of the seriously ill child Alfie Evans, kisses Pope Francis' hand during a private audience in the Domus Sanctae Marthae at the Vatican April 18. Evans pleaded for "asylum" for his son in Italy so he may receive care and not be euthanized in England. Italy granted asylum April 23. (CNS photo/Vatican Media)

“The Italian government hopes that being an Italian citizen would allow the immediate transfer of the baby to Italy,” the foreign ministry said.

Doctors in the U.K. have not been able to make a definitive diagnosis of the 23-month-old child’s degenerative neurological condition, but they have said keeping him on life-support would be “futile.”

A high court judge backed a lower court’s ruling that the hospital can go against the wishes of the family and withdraw life-support.

Tom Evans flew to Rome and met Pope Francis April 18, begging the pope to help get his son “asylum” in Italy. The Vatican-owned Bambino Gesu hospital in Rome has offered to care for Alfie. Three specialists from Bambino Gesu had flown to Liverpool and examined Alfie. According to the president of Bambino Gesu, “a positive outcome would be difficult, but the baby’s suffering can be alleviated.”

NEXT: As South Sudan war drags on, churches do their best to help displaced