Caped Crusader goes to Japan, with a bang, in ‘Batman Ninja’ 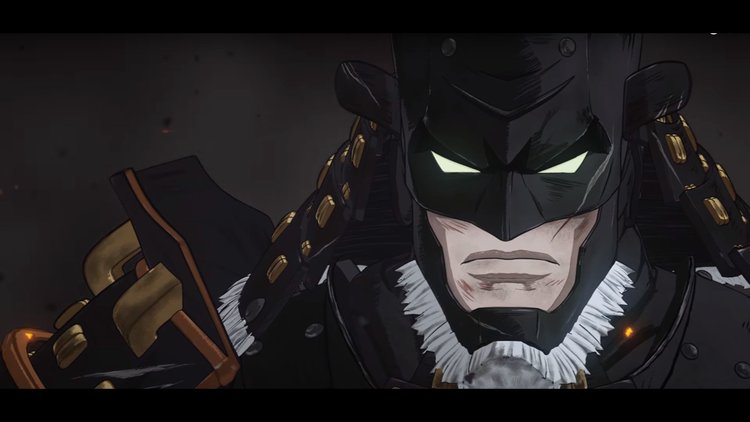 This is a scene from the movie “Batman Ninja.” (CNS photo/Warner Home Entertainment)

NEW YORK (CNS) — Superhero fans who rent or buy “Batman Ninja” (Warner Home Entertainment), the latest direct-to-video effort from DC Comics, should brace themselves. Chances are, it’ll turn out to be unlike any movie of the genre they’ve ever seen.

This thrilling, eye-popping and at times confusing animated film starts off with a bang, ratchets up quickly to over-the-top, and then goes completely bonkers.

“Batman Ninja” was produced in Japan in the “anime” style, with its distinctive settings, frantic, hallucinatory action scenes, gorgeous vistas and unique character design. The art far surpasses the story, which is absurd, and the dialogue, which is superhero boilerplate. (“Give it up Joker! You can’t win!”)

“Batman Ninja” showcases mostly stylized combat violence featuring cannon fire, swords, spears, explosions — and, of course, bats. There is also the occasional lapse into mildly profane or vulgar language. While certainly not suitable for children, it may be acceptable for older teens.

The flimsy plot transports not only Batman (voice of Roger Craig Smith) but his old rogues’ gallery of opponents and a few friends as well to feudal Japan sometime around the 16th century. This is the work of super-villain ape Gorilla Grodd (voice of Fred Tatasciore), who has invented a time machine or “Quake Engine.”

In the two-year interval between their arrival in the Land of the Rising Sun and Batman’s, the bad guys — the Penguin (voice of Tom Kenny), Two-Face (voice of Eric Bauza), Deathstroke (Tatasciore), Poison Ivy (voice of Tara Strong) and the Joker (voice of Tony Hale) — have managed to displace the native warlords and are now skirmishing for power themselves.

Its shaky premise in place, the rest of “Batman Ninja” is one kinetic and surreal action sequence after another. Two-Face attacks by ship, Batman and his Japanese allies rig up gliders to air-bomb the Joker’s castle — and thousands of monkeys join the battle.

Batman gets help from a host of ninjas led by Eian (voice of Matthew Yang King) of the Bat Clan of Hida. The Hida believe the Caped Crusader’s advent to be the fulfillment of a prophecy about a foreign bat ninja whose arrival will restore order to the land.

Also pitching in are Batman regulars Nightwing (voice of Adam Croasdell), Red Hood and Robin (both voiced by Yuri Lowenthal). This array of characters — nice as well as naughty — leaves viewers to wonder if a single person in Gotham was able to escape Grodd’s Quake Engine.

Directed by Junpei Mizusaki, “Batman Ninja” is luxuriously detailed with traditional Japanese art, including one scene done in the bold lines of the ukiyo-e style and another in elegant watercolor. There are paper lanterns, Shogun armor and Asian architecture to admire.

The result is not a Batman movie with Japanese influences, but a Japanese movie inspired by Batman.

The film contains intense battle sequences and a few mild oaths and crass expressions. The Catholic News Service classification is A-III — adults. The Motion Picture Association of America rating is PG-13 — parents strongly cautioned. Some material may be inappropriate for children under 13.

PREVIOUS: Han Solo on his own is fun, but thin

NEXT: Priest: ‘Ninja’ show a way to proclaim Gospel using his God-given talents