Movie review: Life of the Party 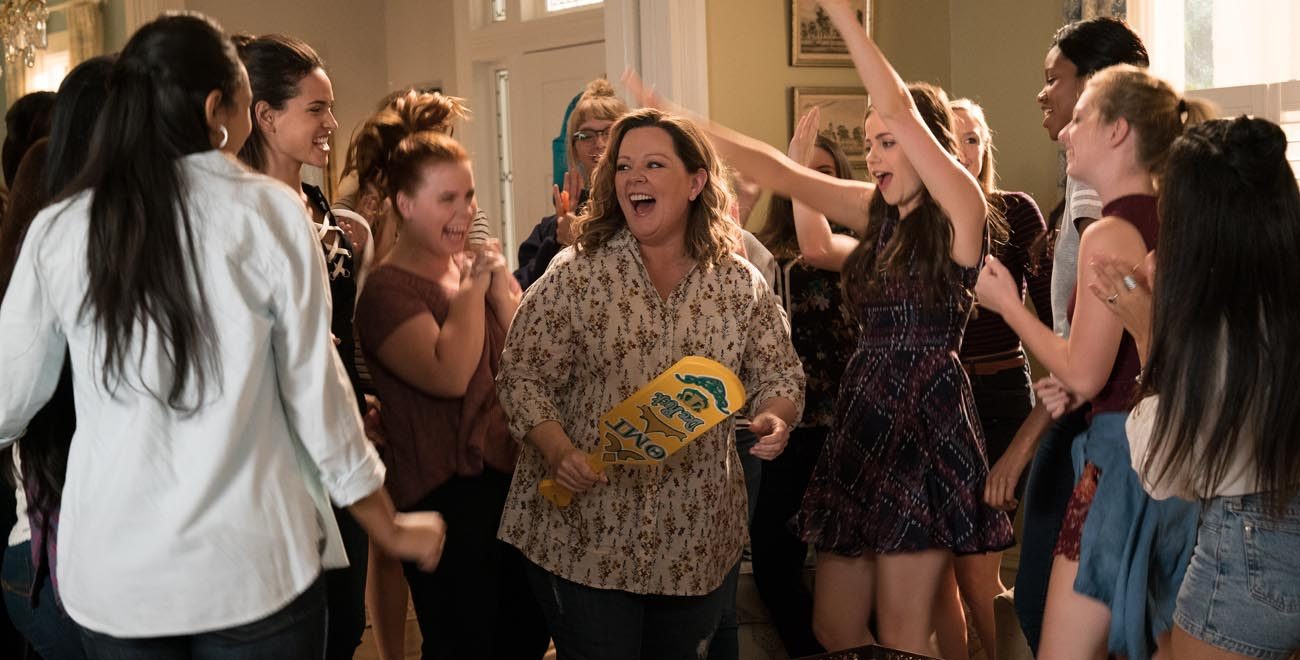 Melissa McCarthy stars in a scene from the movie "Life of the Party." (CNS photo/Warner Bros.)

NEW YORK (CNS) — “Life of the Party” (Warner Bros.) turns out to be an especially poor choice of title for a campus-set comedy that is, essentially, lifeless. Flat and boring, the film also winks at — though it doesn’t display — extracurricular bedroom activities.

The anemic proceedings of this star vehicle for Melissa McCarthy, who also co-wrote the script with her husband, director Ben Falcone, have her assuming the persona of warm and fuzzy middle-aged mom Deanna.

No sooner have Deanna and her husband of more than two decades standing, Dan (Matt Walsh), dropped their daughter, Maddie (Molly Gordon), off for her senior year at fictional Decatur University than Dan announces he’s dumping Deanna in favor of Marcie (Julie Bowen), the hard-edged real estate agent with whom he has been having an affair. Deanna is totally blindsided by this news.

In need of a fresh start, Deanna decides to re-enroll at Decatur, where she had once been a student but from which she had dropped out in order to have Maddie. There, her kindly, upbeat manner makes her the toast of Maddie’s sorority and wins her the heart of Jack (Luke Benward), a fraternity brother who looks as though he just stepped away from a photo shoot for Abercrombie & Fitch.

At one stage, Deanna and Maddie, whose boyfriend belongs to the same frat as Jack, encounter each other coming out of their respective love interests’ bedrooms in the morning. This is meant to be awkward but hilarious, as is the overly detailed description Deanna enthusiastically launches into of her adventures of the night before.

In another scene, we’re shown the aftermath of an encounter between Deanna and Jack among the stacks of Decatur’s library. This inspires approximate imitation by Deanna’s often-randy best friend, Christine (Maya Rudolph), and her equally frisky husband, Frank (Damon Jones).

Everything about “Life of the Party” rings false, including its faltering attempts to be serious. These include repeated affirmations of the maternal and filial affection binding Deanna and Maddie and the rounds of mutual feminine confidence-building carried on during buck-up sessions in the sorority house.

The film contains frivolously treated offscreen nonmarital and marital sexual activity, some of it in semi-public places, unintentional drug use, comic brawling, sexual and anatomical humor, a couple of crude and numerous crass terms. The Catholic News Service classification is A-III — adults. The Motion Picture Association of America rating is PG-13 — parents strongly cautioned. Some material may be inappropriate for children under 13.

PREVIOUS: New film takes Pope Francis at his word, in his own words