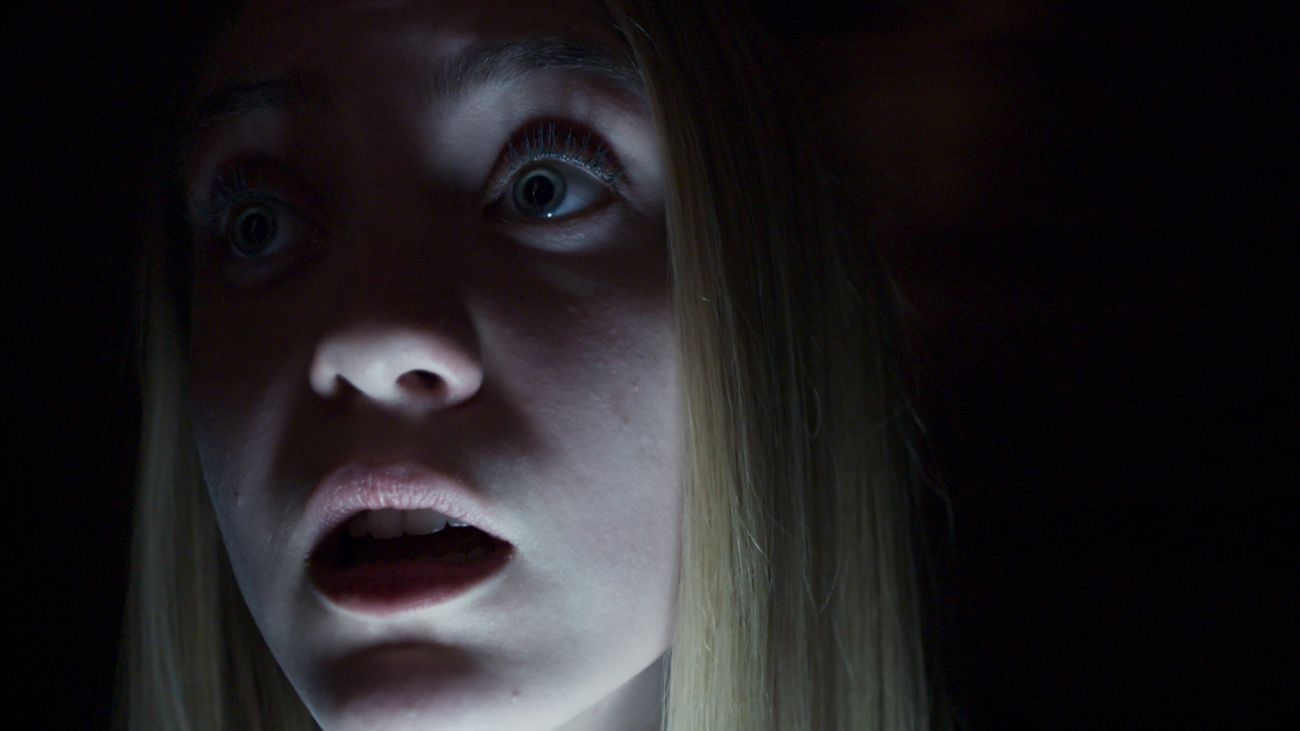 Catherine Frances stars in a scene from the movie "Wraith." (CNS/Out Cold Entertainment)

NEW YORK (CNS) — The real-life evil of abortion is blended with otherworldly and occult phenomena in the horror tale “Wraith” (Out Cold). The result is an earnest but flawed message movie.

There is some originality to this story of the Lukens family — dad Dennis (Jackson Hurst), mom Katie (Ali Hillis) and 14-year-old daughter Lucy (Catherine Frances) — whose Victorian home in Neenah, Wisconsin, becomes the venue for some unwelcome supernatural activity. At least one of the spirits haunting them, a young girl, for instance, turns out to want to help, not hurt, the clan.

At first, it’s just mildly disaffected Lucy who sees the ethereal lass. After Katie has a brush or two with another, more malignant force, however, she sets off to the nearest library where staff member and local history buff Mary Squire (Jensen Buchanan) helps her research the history of her grand but appropriately spooky house.

His involvement raises the possibility — which no one in the family has previously thought of, though it’s been shared with the audience — that the weird doings are connected to Katie’s unexpected pregnancy and her plan to do away with her baby.

The pro-life message of writer-director Michael O. Sajbel’s film is as honorable as it is unmistakable. But blending this theme with well-worn exorcism and poltergeist tropes turns out to be a dubious decision. And, though the values in his script are unimpeachable, “Wraith” includes elements that debar endorsement for kids.

Thus Dennis’ smarmy business associate Jack Simmons (Christopher Chisholm) takes an unhealthy interest in Lucy which culminates in an attempt to molest her. And the parental giggles and whispers that precede the endangered infant’s conception prompt Lucy to express disgust at the notion of her folks having relations. In a similar vein, told that Katie may be pregnant, Lucy exclaims, “You did it with Dad!?”

Together with the climactic beating blind, mystical Father Ehrlich takes from the dark presence the dialogue has by then identified with the pagan god Molech, whose worship involved the sacrifice of babies, these touches of sexuality suggest an older audience for “Wraith.” Given the lesson it seeks to convey about the value of all human life, however, at least some parents may consider it acceptable for older teens.

The film contains some nonlethal violence, a sexual predation plotline, a nongraphic marital bedroom scene and a few sexual references. The Catholic News Service classification is A-III — adults. The Motion Picture Association of America rating is PG-13 — parents strongly cautioned. Some material may be inappropriate for children under 13.

NEXT: New film takes Pope Francis at his word, in his own words