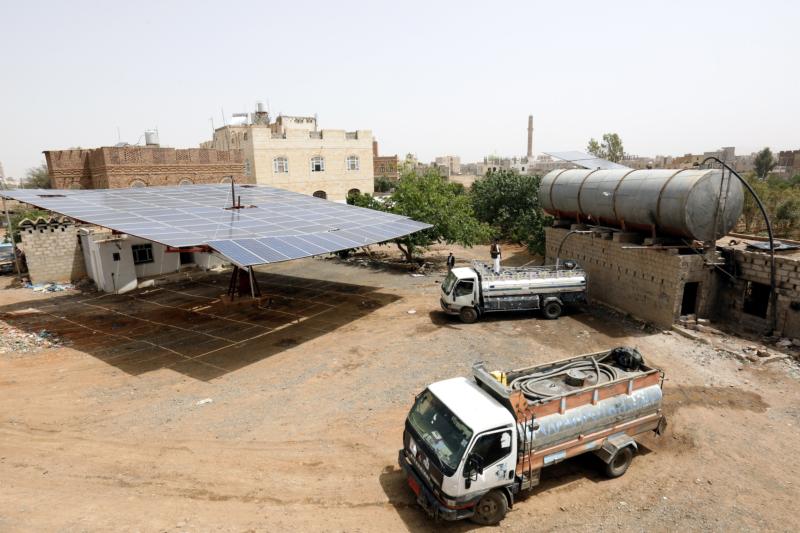 Daqqa participated in an interfaith conference aimed at bringing religion into play for the environment — not an easy task in a region where religion has often been a force for separation rather than cooperation and where many people live under poverty and hardship.

Catholics are influenced by the environment in which they live, so while Catholics living in Israel are exposed to more ideas of environmental responsibility, in the Palestinian territories, Catholics and other Palestinians are still facing more day-to-day struggles, so are less able to focus on those issues.

“The religious community has to ask ourselves what are we doing about this. Religion is frankly so far behind,” said Rabbi Yedidya Sinclair, who was among the speakers at the conference.

Religion can play a major role in motivating people toward taking action on environmental issues, said Anton Khalilieh, an ecophysiologist from Beit Jalla, West Bank, who attended the conference.

“Religion has been used and abused in many things in life. So now religion can be used to change human behavior,” he said.

“People have been using religion for bad. … We need to make a switch and use religion in a different way,” he said. “We are doing something, but not enough. We are facing a lot of obstacles, and people are just worrying about finding food for their children. Without a stable political situation, we can’t move on the environment.”

Archbishop Pierbattista Pizzaballa, apostolic administrator of the Latin Patriarchate of Jerusalem, told about 150 participants in the May 9 conference that most of the patriarchate’s schools in Jordan were hooked up to solar panels for electricity, and church officials hope schools in the Palestinian territories will soon follow suit. But he said, this was done more out of necessity than out of environmental concern.

The archbishop said although there is not special religious teaching concerning renewable energy in Catholic tradition, the concept of creation is very important for Christianity.

He noted that while fossil fuels exploit the earth in a sinful way, renewable energy sources such as solar power are respectful of harmony in creation.

The conference was held at the Tantur Ecumenical Institute and was sponsored by the Interfaith Center for Sustainable Development and the Arava Institute for Environmental Studies. It focused on religious imperatives for promoting environmentally sustainable practices and renewable energy use.