Reborn in baptism, Christians are called to live like Christ, pope says 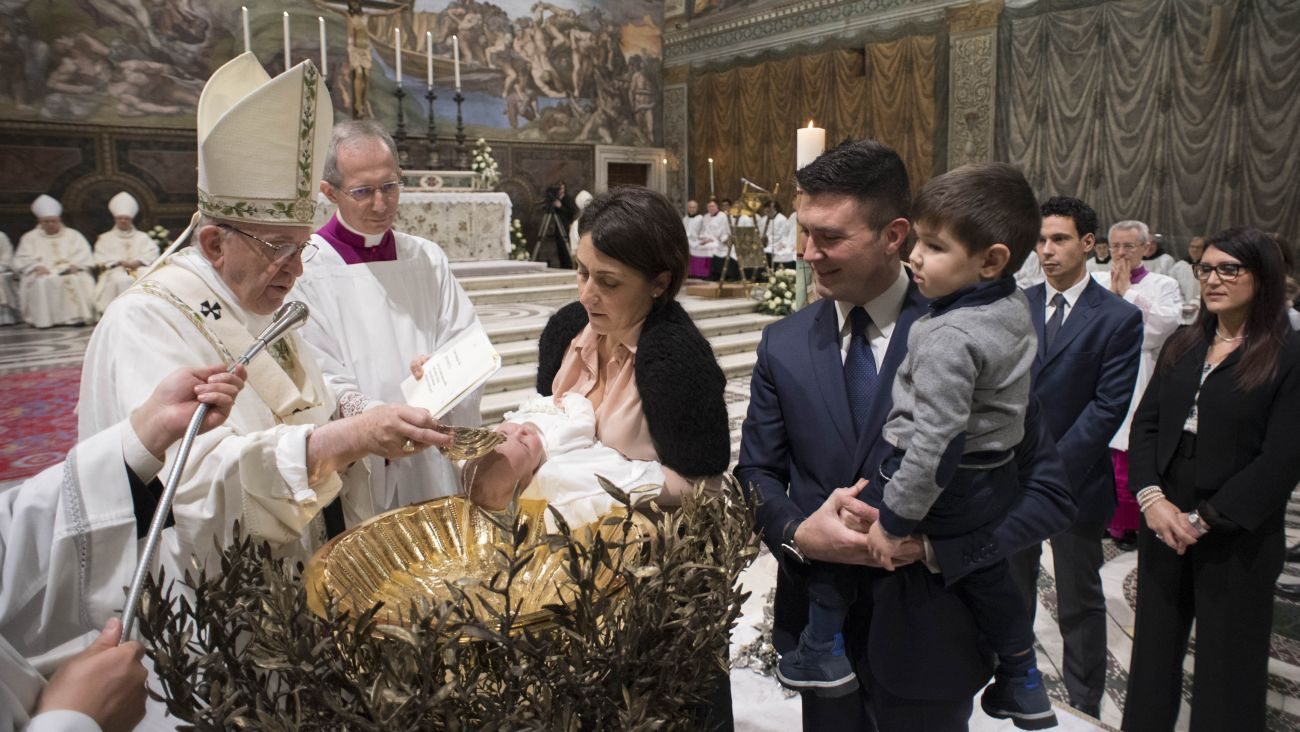 VATICAN CITY (CNS) — The baptismal font is a tomb in which a person dies to sin, and it is a womb through which a person is born to new life in Christ, Pope Francis said.

“God loves us so much,” the pope told the crowd in St. Peter’s Square.

“Reborn as children of God, that is what we’ll be forever,” he said. “Baptism, in fact, is never repeated because it imposes an indelible spiritual seal. No sin can erase this mark, even if sin prevents baptism from bearing the fruits of salvation. This baptismal mark will never disappear.”

Pope Francis said he could imagine someone objecting, “But, Father, if someone becomes a criminal — one of those infamous ones who kills people, who commits injustices — won’t the mark be gone?”

Baptism is a sacrament that purifies, sanctifies and justifies people, giving them the grace to conform themselves to Christ, he said. “Here lies the Christian vocation: to live united to Christ in his holy church,” sharing its mission.

Consecrated to Christ in baptism, the pope said, Christians are called “to make themselves an offering pleasing to God, giving witness to him through a life of faith and charity, putting oneself at the service of others following the example of the Lord Jesus.”