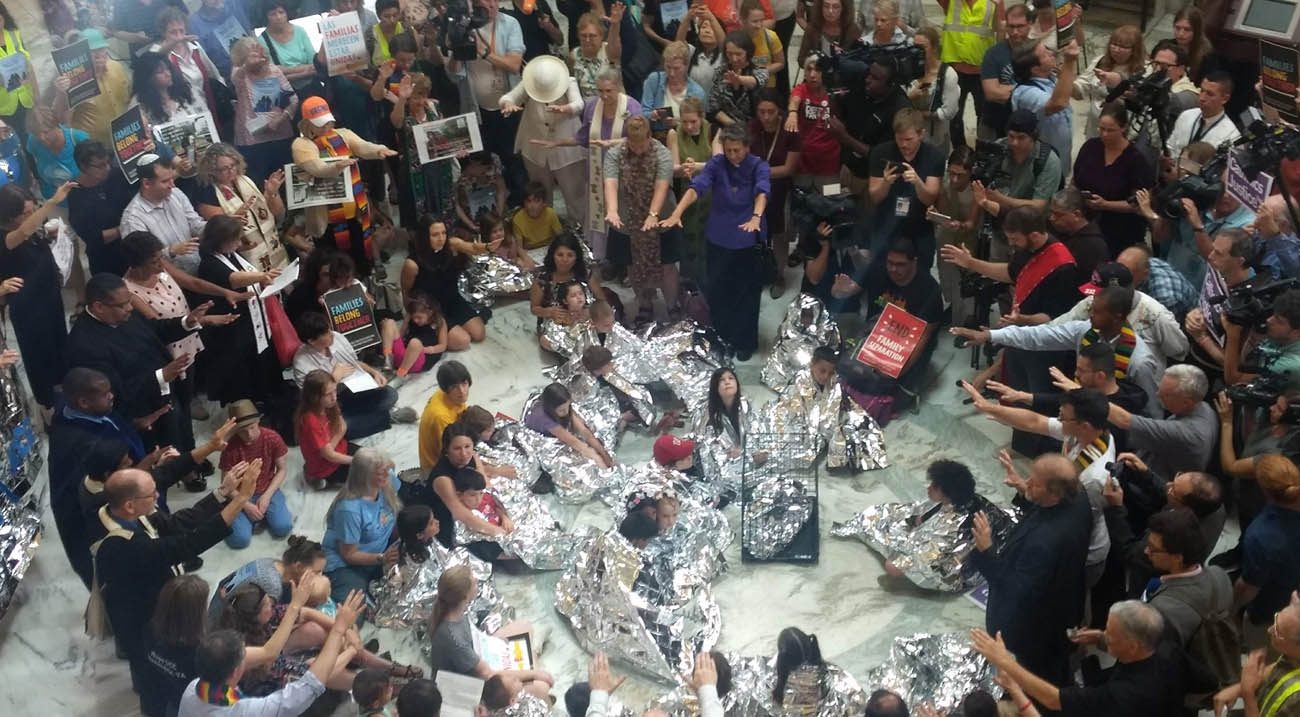 UPDATED – WASHINGTON (CNS) — Bipartisan disagreement on how to fix the country’s immigration system led to failure once again as lawmakers on Capitol Hill turned down one immigration bill June 21 and postponed a vote on a second proposal, which also has a slim opportunity of passing.

Each side blamed the other for the failure to advance the first piece of legislation, which did not clear the initial hurdle of passing in the House of Representatives.

The remaining proposal, seen as a “compromise” bill, seeks to find a way to help youth brought to the country illegally as minors and a $25 million advance for a wall along the border with Mexico, a major campaign and yet-unfulfilled promise made by President Donald Trump. Though Trump said Mexico would pay for the wall, he is now asking Congress for U.S. taxpayer money for the structure.

Though House Democrats voiced opposition to both bills, some Republicans, too, disagreed within their ranks.

Republican Congressman Will Hurd, of Texas, said in a statement released by his office June 21 that he opposed money for the border wall, saying it was “an expensive and ineffective fourth-century border security tool that takes private property away from hundreds of Texans.” He also expressed concern about taking away something from one immigration program in exchange for helping another.

The remaining proposal seeks to do away with family-based migration, which allows U.S. citizens and lawful permanent residents to sponsor certain family members for a visa, but at the expense of providing a legal path for the youth brought into the country as minors, popularly known as “Dreamers.”

As lawmakers retreated to salvage what they could and to haggle with others before the June 22 vote, a short distance away, Catholic groups joined other faith organizations in speaking out on Capitol Hill during a June 21 demonstration organized by Faith in Action against the detention of children at the border who have been separated from their parents.

Religious leaders — including priests and women and men religious, the Franciscan Action Network, members of the Sisters of Mercy, the Columbans and others — surrounded a group of children wrapped in aluminum insulation blankets in a building at the Capitol and called for prayer and fasting to bring an end to the misery of separated families on the border. The insulation blanket was like those handed out to children in detention centers at the border.

The Ignatian Solidarity Network also issued a press release voicing support for a statement from the U.S. Conference of Catholic Bishops opposing both measures and asked Catholics to contact their representatives in Congress. In the June 18 letter to House members, Bishop Joe S. Vasquez of Austin, Texas, chairman of the USCCB’s Committee on Migration, expressed concern with the compromise measure’s cuts to family-based immigration, as well as the “harmful” changes to the asylum system and its lack of protections for unaccompanied children .

“Without such changes to these measures, we would be compelled to oppose it,” he said.