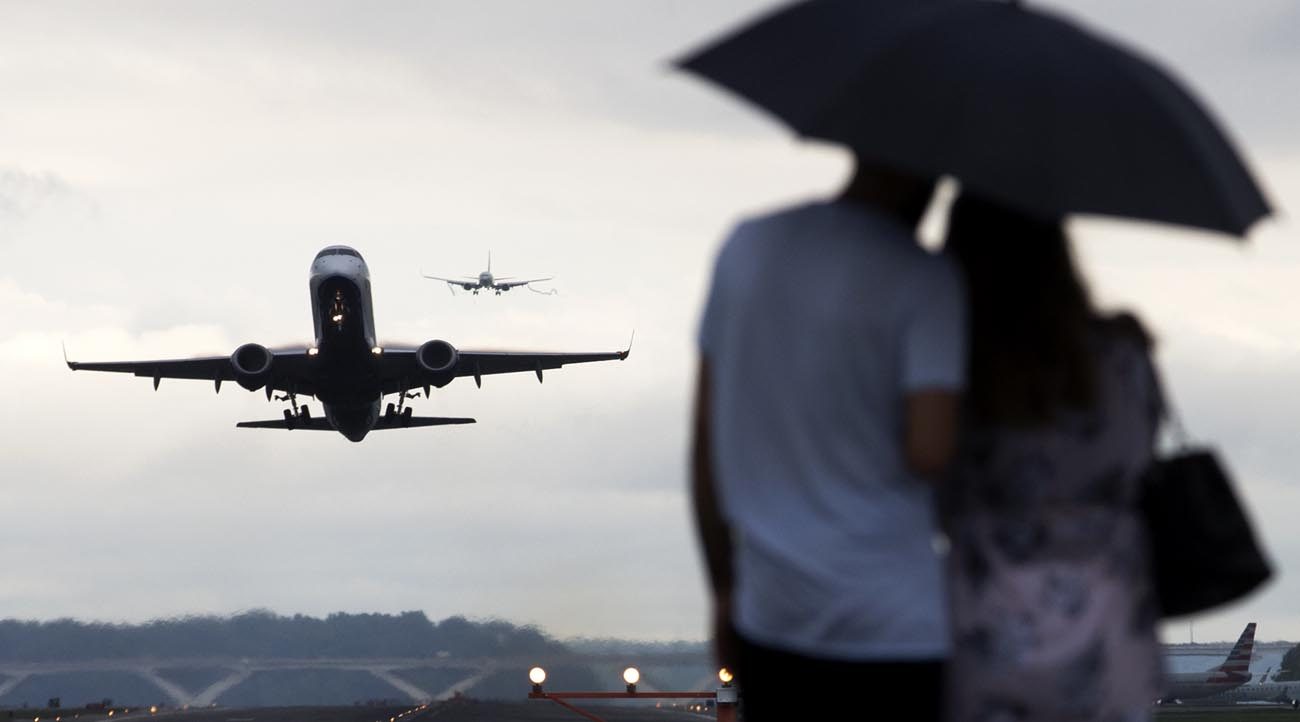 UPDATED – WASHINGTON (CNS) — In a 5-4 decision June 26, the U.S. Supreme Court upheld President Donald Trump’s travel ban on people entering the U.S. from some Muslim-majority countries, saying the president’s action was within his power.

The court’s much anticipated decision in the last case it heard this term reversed a series of lower court decisions that had struck down the ban as Illegal or unconstitutional.

Chief Justice John Roberts issued the opinion, supported by Justices Anthony Kennedy, Clarence Thomas, Samuel Alito and Neil Gorsuch. It said the president’s proclamation is “squarely within the scope of presidential authority” in the Immigration and Nationality Act.

“The Catholic Church takes a strong stand against religious discrimination, and we will continue to advocate for the rights of people of all faiths, as well as serve migrants and refugees through our various ministries,” said the June 27 joint statement signed by two USCCB committee chairs, Bishop Joe S. Vasquez of Austin, Texas, head of the Committee on Migration, and Archbishop Joseph E. Kurtz of Louisville, Kentucky, head of the Committee for Religious Liberty.

Catholic Charities USA similarly said they were disappointed with the ruling, adding that it will “close the door of hope to many around the world fleeing violence, persecution and death.”

A June 26 statement from Catholic Legal Immigration Network, or CLINIC, described the initial travel ban as “as racist and discriminatory on the basis of religion” and said that the court’s decision to uphold the ban “cleared away legal obstacles for yet another administration policy that separates families — and in this case does so on the basis of the predominant religions of their home countries.”

“This decision emphasizes how imperative it is for CLINIC and our network to continue to do everything in our power to protect immigrant families from legal assaults on many fronts,” said Jeanne Atkinson, CLINIC’s executive director.

Other Catholic reaction included this tweet from the Sisters of Mercy: “This decision is disappointing and runs counter to this country’s founding principles and values. Upholding this travel ban only exacerbates the scapegoating and attacks already directed against vulnerable communities, including immigrants, Muslims and people of color.”

And John Gehring, Catholic program director at Faith and Public Life, tweeted: “Imagine a travel ban for people from countries with heavily Catholic populations. Irish Catholic immigrants were once demonized and viewed as a threat to democracy. SCOTUS ruling makes a mockery of our commitment to religious liberty.”

The majority opinion in the case, Trump v. Hawaii, stressed that the president had “lawfully exercised the broad discretion granted to him” to suspend entry into the United States and added that the president “possesses an extraordinary power to speak to his fellow citizens and on their behalf.”

It also countered the plaintiff’s arguments that “this president’s words strike at fundamental standards of respect and tolerance, in violation of our constitutional tradition,” by noting that the issue before the court was not “whether to denounce the statements” but instead to review the significance of them as part of a presidential directive that is “neutral on its face, addressing a matter within the core of executive responsibility. In doing so, we must consider not only the statements of a particular president, but also the authority of the presidency itself.”

The opinion also supported the administration’s argument that the government had a legitimate national security interest, noting that the president had removed three Muslim-majority countries — Iraq, Sudan and Chad — from the list on the travel ban. It also said the president’s order provided “numerous exceptions for various categories of foreign nationals” and also created a waiver program to “all covered foreign nationals seeking entry as immigrants or nonimmigrants.”

“Under these circumstances, the government has set forth a sufficient national security justification to survive rational basis review,” the court said.

When this case was argued before the court April 25, the majority of justices seemed to indicate they would uphold the president’s ban.

The challengers to the ban — Hawaii, several individuals and a Muslim group — argued that Trump’s policy was motivated by an antagonism toward Muslims and that it violated federal immigration law and the U.S. Constitution’s prohibition on the government favoring one religion over another.

Trump has said the travel ban is necessary to protect the United States from terrorism by Islamic militants who could enter the U.S. The current version of the directive is indefinite about how long it will be in place and applies to travelers from five countries with predominantly Muslim populations: Iran, Libya, Somalia, Syria and Yemen. It also blocks travelers from non-Muslim countries: North Korea and some Venezuelan government officials and their families.

The president’s first travel ban, issued right after he took office, was blocked by several U.S. courts. A few months later, a second version of the ban was similarly blocked by several lower courts but the Supreme Court voted last December to allow the policy to take effect until it heard oral arguments about it.

They said the ban singles out “populations of six overwhelmingly Muslim nations for sweeping immigration restrictions” that do not exist elsewhere in the world.

The brief said the president’s order showed “blatant religious discrimination,” which is “repugnant to the Catholic faith, core American values, and the United States Constitution.” It also said the Supreme Court should relegate the order “to the dustbin of history, so it will do no further harm.”

The Catholic groups said Trump’s action posed a major threat to religious liberty and also failed the basic test of religious neutrality. If it stands, they said in the brief, it will prevent countless refugees from escaping persecution and starting a new life in this country with the help of church resettlement agencies.

NEXT: High court rules against unions in dues case; USCCB had backed labor