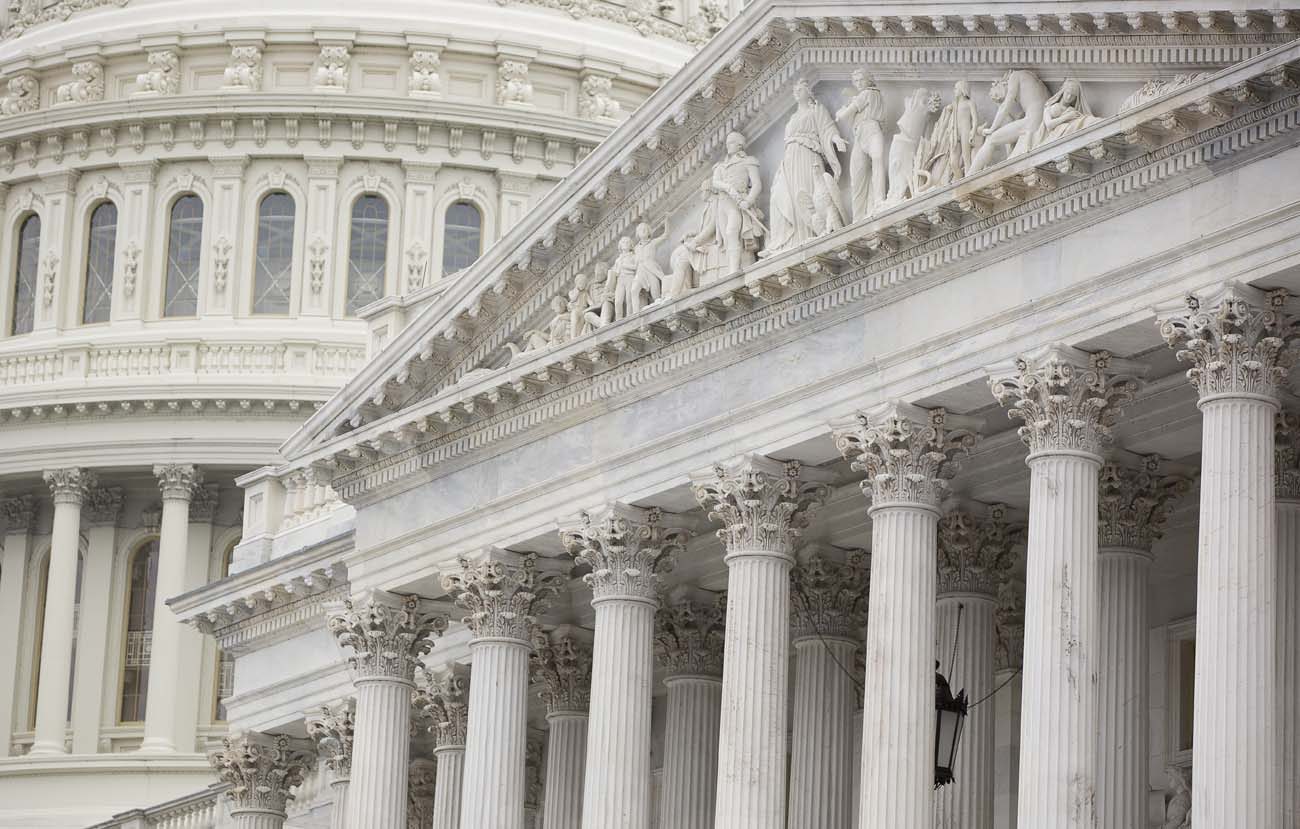 WASHINGTON (CNS) — When Cecil Roberts was growing up in coal country in West Virginia in the 1960s, he said you could always count on seeing the images of three men on the walls of coal company houses.

One was of John L. Lewis, a labor leader and president of the United Mine Workers from 1920 to 1960, Democratic President Franklin D. Roosevelt and Jesus Christ. That told you all you needed to know about a mining community that solidly backed a political party that they believed respected the faith-based social justice beliefs of the working class.

“I never met a Republican then because everybody was a Democrat … that’s not the case now,” Roberts said June 18, during the “Faith and the Faithful in the Democratic Party” panel at Georgetown University hosted by the Initiative on Catholic Social Thought and Public Life.

Roberts, now president of UMW, said these days, the Democratic Party seems to have lost its way when it comes to embracing supporters with a religious identity, including those he grew up with in coal country and whose faith drove them to work to elect those who believed that “all of God’s children should have equal opportunity in this society.”

Embracing religious voters has proved to be a challenge for the party, of late, admitted panelist Michael Wear, an evangelical who worked in President Barack Obama’s administration on faith-based initiatives and outreach to religious communities.

As a candidate, Wear said, Obama tried to reach out to faith communities and spoke of the Biblical teaching of being “our brother’s keeper.” While there were flubs, Obama at least made an effort, Wear said, but during the last presidential election, those who ran the Democratic candidate’s campaign believed and said they were going to run the first “post-Christian” campaign.

“But what kind of data-mined campaign looks at a country that identifies itself as 70 percent Christian and says, ‘We’re going to run the first post-Christian campaign?'” he asked.

“A losing one, that’s the kind,” he answered, referring to Hillary Rodham Clinton’s failed bid for the U.S. presidency in 2016.

“You really have to be engaging in serious political malpractice to get 16 percent of white evangelicals and the reason for that is that she sent a very clear message to those voters that she didn’t even want their vote, that she didn’t care about their vote at the very same time that Donald Trump was saying, ‘I’m the only one who cares about you. If you elect me, I’ll protect you. If you don’t, you’ll be left for the dogs.’ And Hillary Clinton basically said, ‘Yes,’ and that’s a major problem for the Democratic Party if we’re going to be a national party that’s thriving in state houses that’s taking back Congress and that takes back the White House in 2020.”

The party has to lose its allergy to religious voters who also happen to back much of what Democrats stands for, but there are competing forces, said Justin Giboney, a political strategist working to make inroads for religious voters within the Democratic Party.

Sometimes the party’s leadership, Giboney said, “is out of tune with the rest of the party,” because there are many in the rank and file, like him, who don’t see the fight for social justice as different than following the teachings of the Bible.

But within the party, there are those who control reward and punishment and choose who is going to run for office, who is going to get exposure, and sometimes that depends on progressive views, which for someone like Giboney means social programs and government reform, but for others in party leadership or for major donors, that may mean something else, he said. Those views are not always congruent, he said.

Panelist Elizabeth Podrebarac Sciupac, a research associate who specializes in polling related to religion at the Pew Research Center, said part of Democrats’ conundrum may have to do with the diversity of the party, particularly the religious diversity.

The party is made up of Jewish and Muslim voters, as well a variety of Christian groups, and recently has seen a strong showing of “nones” in its ranks. Religious “nones” are those who do not identify with a religious group and their numbers, as well as influence, are growing in the U.S.

When it comes to the Catholic electorate, she said, white Catholic voters have been leaning toward the Republican Party while Latino Catholics, the second largest group within the church, has been steadily moving toward the ranks of Democratic Party, she said.

“I still do believe the Democratic Party better serves those in need and is more compassionate than the Republican party, that’s why I remain,” said Giboney, but Democrats need to think about the tone of their message, not just to Christians who may feel as if they’re marginalized inside the party, but to those outside as well.

Sometimes, Christians, and also people from certain geographical areas, are left feeling as if some in the Democratic leadership think they’re “not too swift,” said Roberts, a sixth-generation coal miner.

Even Obama, whom he supported, angered religious voters when he made a comment about people embracing Bibles and guns, he said.

“That was extremely painful when he talked about us embracing our Bible,” he said. “I don’t understand … a man of his intelligence. … What’s wrong with embracing a Bible every single night? I don’t see that as being a problem. That should be complimented, not criticized.”

PREVIOUS: DiNardo: All clergy, no matter their ‘standing,’ must protect children

NEXT: Uptick in abuse claims likely after high-profile case brought to light