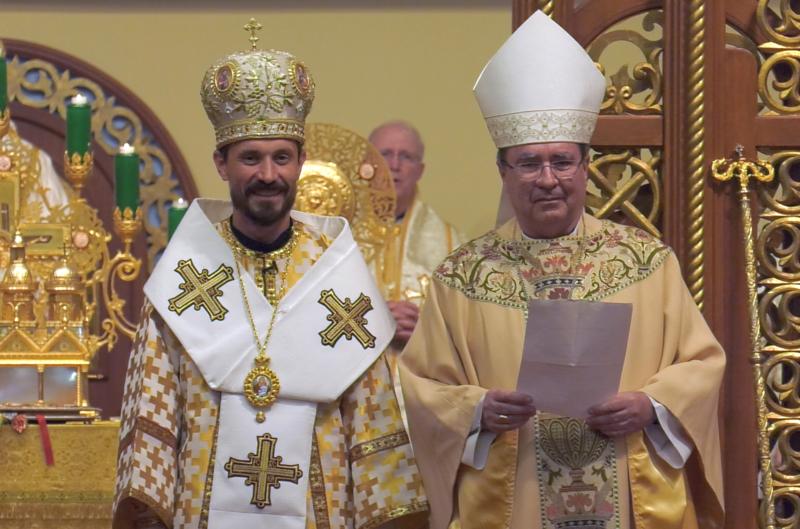 The appointment was announced in Washington June 1 by Archbishop Christophe Pierre, apostolic nuncio to the United States.

The 44-year-old prelate has been serving as apostolic administrator of the eparchy since the pope named him to the post in June 2017.

Bishop John M. Kudrick, who had headed the eparchy since 2002, retired in May 2016. Archbishop William C. Skurla of the Byzantine Catholic Archeparchy of Pittsburgh had pastoral governance of the eparchy until Bishop Lach was named apostolic administrator.

The Byzantine Catholic Jesuit, a native of Slovakia, is the first European-born bishop to be appointed to oversee the Eparchy of Parma since its founding in 1969.

Born in 1973, he entered the Eastern Catholic Church’s seminary in Presov in 1992. Three years later, he entered the Jesuit novitiate in Trnava, Slovakia. He continued his studies at University of Trnava and also studied at the Pontifical Oriental Institute in Rome, where he obtained a master’s degree from the Eastern Church Sciences and later, a doctorate degree.

He was ordained a deacon of the Society of Jesus in November 2000, followed by his priestly ordination a year later. From 2001 to 2003, he worked in the scientific area of the Center of Spirituality East-West of Michal Lacko in Kosice, Slovakia, and later (2009-2011), he was superior of the same center, 2009 to 2011.