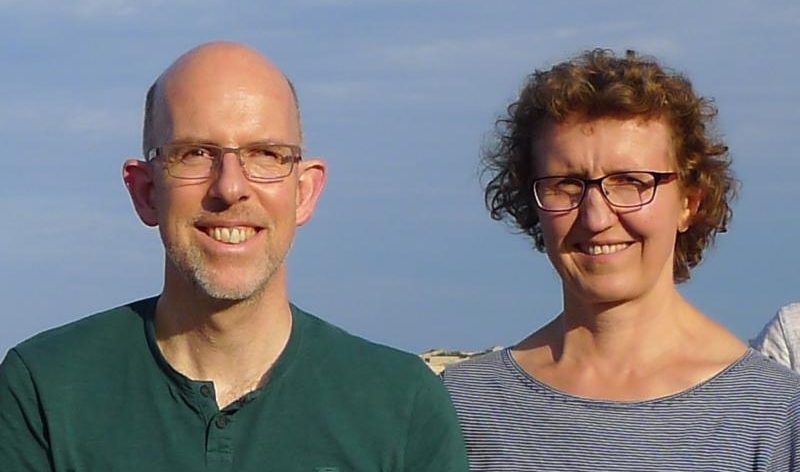 “For both of us, our faith was already an important element in our lives before our marriage,” the Heineckes told CNS in a written interview, submitting answers to questions as a couple. “As we got to know and love each other, we wanted also to shape this dimension of our life together.”

The first step was to get to know each other’s beliefs. They each learned about the core teachings of the other’s denomination and formed an in-depth understanding. The Heineckes say this strengthened not only their relationship, but “deepened our individual faith, because we had to reflect on and discuss many things which are self-evident within our own denomination.”

Likewise, the husband and wife participated in their own church communities, while working actively to support each other’s faith. Ines Heinecke is a member of her Protestant church council and sings in the choir. Herbert Heinecke is a member of his Catholic parish council and part of an ecumenical working group. The group organizes a monthly ecumenical service for families, in which Ines plays guitar in the Catholic church and Herbert participates in the celebration with the Protestant men’s group.

The Heineckes volunteer as leaders in Network Ecumenism, a nationwide support group for couples of different denominations. They said despite the high number of interfaith couples in Germany, many encounter a lack of pastoral care from their denominations in response to their unique needs.

Many interchurch couples “have experienced rebuffs and coldheartedness from the churches, which has strained their marriage and led to estrangement from church,” said the Heineckes.

Committed to living in complete unity, the Heineckes also live by their convictions with regard to receiving Communion. They go together to the Lutheran Lord’s Supper and the Catholic Eucharist.

“It would be totally unimaginable to us to be separated from each other at the table of the Lord, when we share our whole life together in everything else,” they said.

They said they have never encountered a pastor who has refused this to them, although some priests have been hesitant. Other interchurch couples have more difficulty.

“They sometimes experience rejection and find this very painful,” the Heineckes said. “Some pairs withdraw from shared participation in order not to cause difficulties for the respective pastor.”

The Heineckes’ beliefs about why they should share Communion are shared by many interchurch couples in Germany.

“Even as we as a married couple share together all beautiful and difficult moments, it is self-evident to us that we should practice our faith together — the shared participation in the Lord’s Supper and the Eucharist is therefore an absolutely elementary part of this.”

The Heineckes have been closely following the debate within the Catholic bishops’ conference of Germany regarding the sharing of Communion and view the bishops’ discord as “tragic.”

In early June, Pope Francis asked the bishops not to publish nationwide guidelines for allowing Protestants married to Catholics to receive Communion at Mass, but to continue having diocesan bishops judge specific situations. The text of the German guidelines was never made public, but it was widely assumed to foresee situations in which a Lutheran married to a Catholic and regularly attending Mass with the Catholic spouse could receive the Eucharist on a regular basis.

During an inflight news conference June 21, the pope was asked about the decision. He said the guidelines went beyond what is foreseen by the Code of Canon Law “and there is the problem.” The code does not provide for nationwide policies, he said, but “provides for the bishop of the diocese (to make a decision on each case), not the bishops’ conference.”

“This was the difficulty of the debate. Not the content,” he said.

The document divided the German bishops.

“The Catholic Church in Germany has been damaged by this conflict,” the Heineckes said, noting that “for many people, it is incomprehensible that the bishops are at odds” over this “instead of reacting together to the great challenges of our time.”

In a published letter criticizing his fellow bishops, Bishop Gerhard Feige of Magdeburg said the original intent of the bishops’ conference was to develop pastoral guidelines for individual cases, and he claimed that certain bishops portrayed it as an attempt to create a global church ruling. Citing evidence of media leaks, Bishop Feige supported his statements by exposing inconsistencies in the behavior of seven bishops who secretly contacted Rome.

“In this deepening division between Catholics; not only faith or intellectual spheres are clashing, but material interests and unsightly methods are also in play here,” Bishop Feige said, noting that the “victims of all this are the affected” married couples and families.

PREVIOUS: Canadian bishops say marijuana use may soon be legal but remains sinful