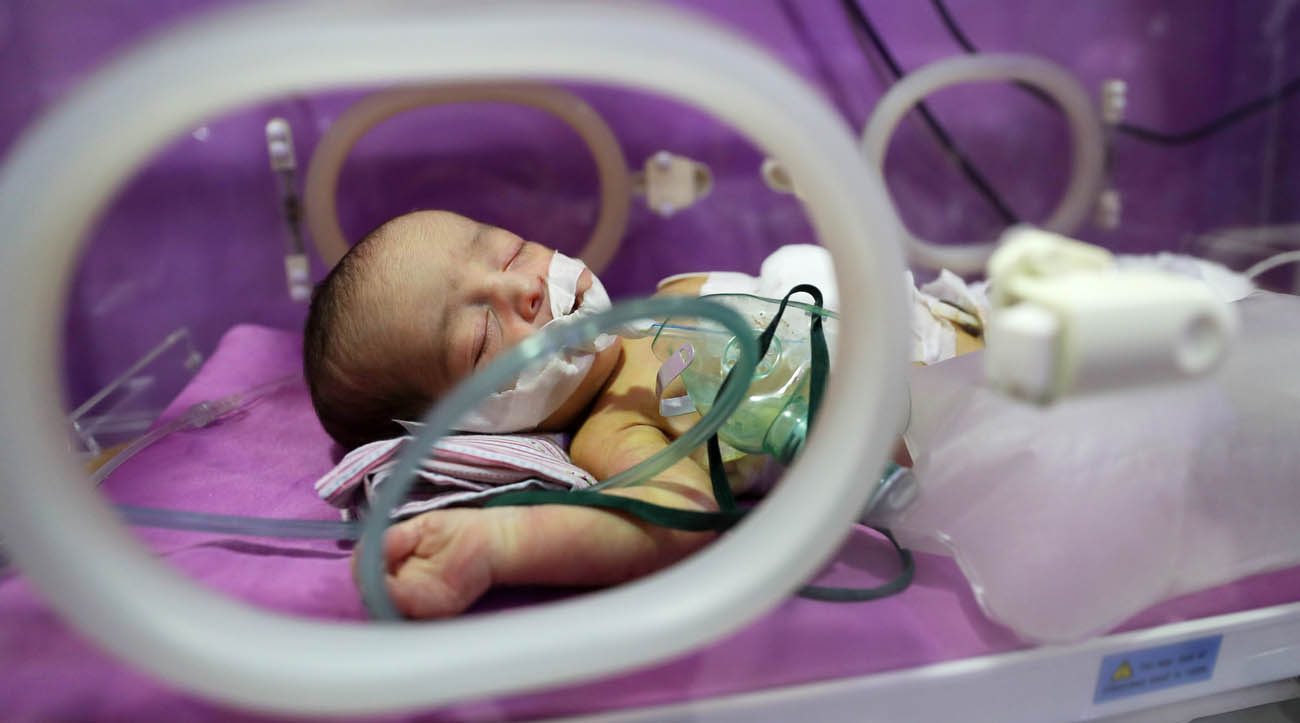 VATICAN CITY (CNS) — Pope Francis denounced the practice of administering prenatal tests to determine birth defects that often lead to abortions, comparing it to the Nazi-era eugenics program that determined what lives were worth keeping or eliminating.

Children are God’s greatest gift and should be welcomed “as they come, as God sends them, as God allows, even if at times they are sick,” the pope said June 16 during a meeting with members of Italian family associations.

“I have heard that it is fashionable — or at least common — to do certain examinations in the first months of pregnancy to see if baby is not well or has some kind of problem. The first proposal in that case is, ‘Should we get rid of (the baby)?’ The killing of children. And to have a more tranquil life, an innocent is done away with,” he said departing from his prepared speech.

The pope recalled, as a boy, being taught in school about the Spartans, who “when a boy or girl was born with malformations, they would take them to the top of the mountain and throw them over to protect the ‘purity of the race.'”

Despite the atrocious nature of that practice, he continued, the practice of eugenics continues today “because the protocol of many doctors — many, not all — is to ask, ‘Is something wrong (with the child)?'”

Most notably, the idea rose to prominence in Nazi Germany with the passing of the Eugenic Sterilization Law in 1933, which ordered doctors to sterilize anyone suspected of suffering from hereditary disease.

The policy is believed to have been the precursor to the Nazi’s “Final Solution,” resulting in the genocide of an estimated 6 million European Jews.

“I say it with pain. In the last century, the whole world was scandalized by what the Nazis did to protect the purity of the race. Today, we do the same, only with white gloves,” the pope said.

Marriage and having a family, he added, is “a beautiful adventure” and a gift from God that is “sometimes treated as if it were a lottery.”

Some people say: “‘Let’s do it. If it goes well, it goes well. If not, we’ll erase everything and try it again.’ This is superficiality on the greatest gift that God has given to all of humanity: the family,” the pope said.

Although today’s world there exist “diversified” families, he added, the “human family in the image of God, man and woman, is the only one.”

“It is the only one. A man and a woman can be nonbelievers. But if they love each other and unite in marriage, they are in the image of God, even if they don’t believe,” Pope Francis said.

NEXT: Pope met with brother of Chilean priest found guilty of abuse