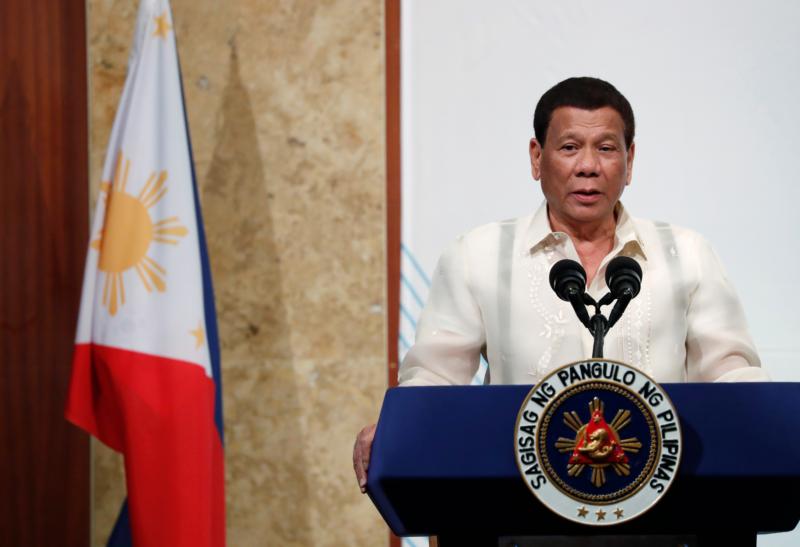 Ucanews.com reported that, speaking during a technology summit in the southern city of Davao June 22, Duterte questioned how Adam and Eve brought about “original sin.”

“Adam ate (the apple), then malice was born. Who is this stupid God? This son of a bitch is stupid if that’s the case,” he said.

“You created something perfect and then you think of an event that would tempt and destroy the quality of your work,” added Duterte.

The president, who has been at odds with church leaders who criticized his administration’s policies, questioned the Christian concept of “original sin.”

“It’s something that your mother and father did, you were not part of it, then you have original sin. What kind of religion is that? I can’t accept it,” said Duterte.

The Philippine leader, who was baptized Catholic shortly after he was born, said he believes in a “universal mind” but said he could not picture God as a human being.

Bishop Arturo Bastes of Sorsogon described Duterte as “a psychological freak, a psychopath (with) an abnormal mind,” and said the president’s tirades revealed why he should not have been elected. The bishop said Duterte’s statements and actions in recent months have become “intolerable to normal, well-minded people.”

Ucanews.com reported Bishop Bastes said some people have been praying “that God will deliver us from this evil.”

“I share with the feelings and thoughts with these concerned fellow Filipinos,” said the bishop as he called on Filipinos to “fervently pray to the Lord that such blasphemous utterances and dictatorial tendencies of this mad man will cease.”

Bishop Ruperto Santos of Balanga said Duterte’s statement crossed the “red line,” adding that the president should “not tempt God.”

“May my God forgive him and make him atone for all his sins,” said Sen. Panfilo Lacson, who has supported the president on numerous issues.

Senator Antonio Trillanes, one of the president’s vocal critics in Congress, said Duterte’s most recent attacks against Christianity and God sends the message that he is “one evil man.”

“It is the height of arrogance of power not only to disrespect and spit on an individual’s faith but also to act as though he is God,” said the senator.

However, presidential spokesman Harry Roque defended Duterte, saying the president is entitled to his own religious beliefs.

“That is the personal belief of our president. Our president has a personal spirituality, and it’s up to him,” said Roque.

Duterte has made several scathing attacks against Catholic church leaders critical of his administration’s policies, especially the war on illegal drugs that has claimed thousands of lives.

NEXT: Religions, governments must work for religious freedom, speakers say