All eyes now fixed on Kavanaugh and Roe 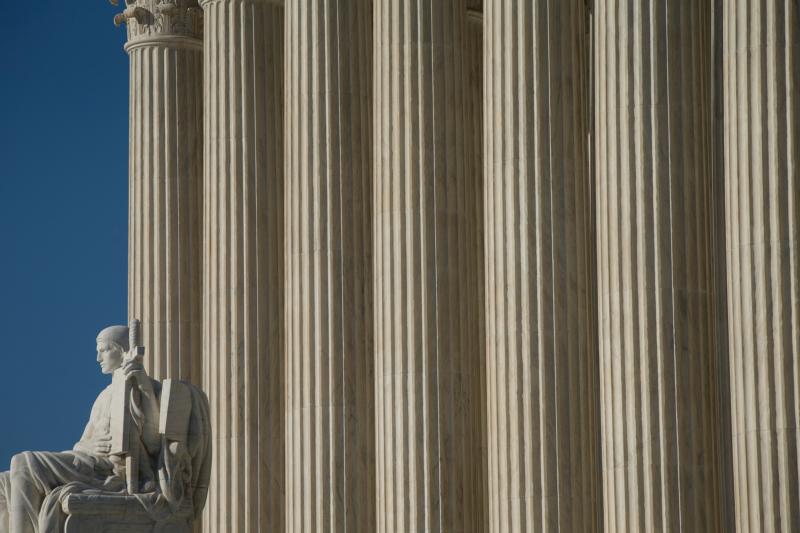 WASHINGTON (CNS) — Brett Kavanaugh, the federal judge who is the newly announced Supreme Court nominee, has stepped into a firestorm. Some have praised his nomination, others have slammed it, hinging primarily on how they think he will vote on abortion cases.

This contention was on full display July 9 hours before President Donald Trump announced he was his pick to fill the vacancy on the court left by Justice Anthony Kennedy’s retirement. A crowd assembled on the steps of the Supreme Court with signs, placards and bullhorns for and against the court’s 1973 Roe v. Wade decision legalizing abortion.

Emotions ran high about the possibility of this decision being overturned since Trump promised he would appoint pro-life justices to do this during his presidential campaign.

For many, Kavanaugh’s nomination seems to sound a death knell to Roe, but not everyone sees it this way. Some in the pro-life community lobbied against him saying he wouldn’t do enough to overturn the decision and many legal experts are now advising calm before the storm saying it is unlikely his vote alone would do something drastic to laws already in place.

For starters, every case the court takes on needs a four-vote-approval by the court. It is also unlikely the court would face a specific case with the potential to overturn Roe, said Francis Beckwith, a professor of philosophy and church-state studies at Baylor University in Waco, Texas.

Beckwith, who happened to be in Washington the night of Kavanaugh’s announcement, watched the White House proceedings on his phone while observing demonstrators at the Supreme Court.

The opinions, both for and against Kavanaugh, are “all speculation now,” he told Catholic News Service, adding that certainly Kavanaugh, if he gets the votes, will add a conservative tilt to the bench. To determine how he might rule in specific cases will be unearthed in upcoming hearings and in looking through his “long paper trail” of opinions, he said.

Beckwith is confident Kavanaugh will pass Senate muster since he was already thoroughly questioned when he was nominated to his current role as federal judge.

At that time, 12 years ago, he was asked by Sen. Chuck Schumer, D-New York, if he considered Roe v. Wade an “abomination.”

In response, Kavanaugh said: “If confirmed to the D.C. Circuit, I would follow Roe v. Wade faithfully and fully. That would be binding precedent of the court.”

When pressed for his personal opinion, he didn’t directly answer, but instead said the Supreme Court had upheld Roe “repeatedly” and that it would not be “appropriate for me to give a personal view of that case.”

The difference now, Beckwith pointed out, is that Kavanaugh can no longer essentially rely on the Supreme Court’s ruling since he will be asked what he would do on this court.

Standing by rulings already decided, or “stare decisis,” the Latin phrase the court likes to use, may likely be Kavanaugh’s continued approach.

Jerald Podair, history professor and the Robert S. French professor of American studies at Lawrence University in Appleton, Wisconsin, said Kavanaugh’s confirmation will “indeed come down to the abortion issue” and to the two possible swing votes from Sens. Susan Collins, R-Maine, and Lisa Murkowski, R-Alaska, who approved him for the Court of Appeals.

“If he says the right things about ‘stare decisis’ on Roe without venturing into the details,” he said, Kavanaugh should win confirmation.

As his court opinions and rulings are carefully scoured, his dissent in a case about a pregnant immigrant minor seeking an abortion, will certainly get a closer look.

In the ruling, the D.C. Circuit Court of Appeals said the teenager in an immigrant detention center was entitled to seek an abortion. Kavanaugh’s dissent criticized the decision saying it gave immigrant minors a right to “immediate abortion on demand,” but he urged the government to transfer her to private custody so she could do “as she wished.” He said delaying the procedure until she could be released to a U.S. sponsor would not impose an undue burden on government’s decision.

Another potential clue to his views on Roe stems from his remarks at the White House the night his nomination was announced when he said: “My judicial philosophy is straightforward. A judge must be independent and must interpret the law, not make the law.”

Amid the noise on both sides of this issue, some have said it is unlikely Roe will be overturned if Kavanaugh does replace Kennedy on the court, and even if the decision is overturned it won’t be as dramatic as some are predicting.

Days before Kavanaugh was announced as a court nominee, America magazine ran an article “What would happen if Roe v. Wade were overturned?” It quoted Richard Doerflinger, former associate director of pro-life activities at the U.S. Conference of Catholic Bishops and current fellow at the University of Notre Dame Center for Ethics and Culture, as saying it was unlikely this would happen.

But if it did, he said, “the decision by itself would not lead to any restrictions on abortion but would allow for more debate on the issue.”

In other words, he added: “The result would likely be different in different states and different in the same state from one year to another, as with most issues in our democracy.”

Similarly, Kenneth Craycraft, an attorney and Catholic theologian, said in an opinion piece for The Cincinnati Enquirer newspaper, that reversing the court’s decision would “return the debate about the legality and regulation of abortion to the states, where it was before Roe, and where it belongs.”

“But, as a practical matter, the abortion landscape would remain largely unchanged in many parts of the country, containing a large percentage of the population,” he explained. “States already disposed to grant abortion rights will codify that protection. States predisposed to regulating access to abortion through ‘heartbeat’ bills, or laws related to access to full-scale health care management will continue to do so, except without the expense and burden of having to fight it out in federal courts, where it does not belong.”

NEXT: Deacons’ ministry of presence will be in forefront at upcoming congress