Deacons’ ministry of presence will be in forefront at upcoming congress 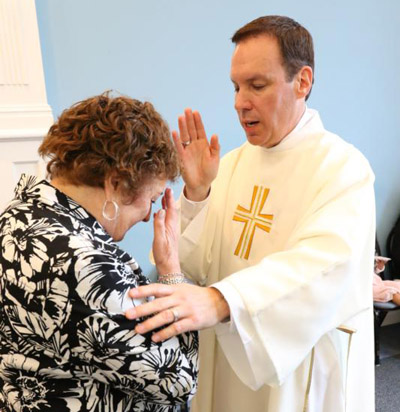 NEW ORLEANS (CNS) — The 18,000 deacons in the United States exercise a ministry of presence, bringing the healing and hope-filled message of Jesus Christ to people they encounter daily in their parishes, other ministries and workplaces.

That diaconal ministry of presence will be front and center July 22-26 in New Orleans.

About 2,800 people — including 1,300 deacons, along with their wives and children — will attend the 2018 National Diaconate Congress, an event so big it will require three hotels to accommodate the attendees.

The theme of the gathering, held only three times since the inaugural congress in New Orleans in 1994, is “Christ the Servant: Yesterday, Today, Forever.”

“Honestly, with 18,000 deacons across the United States, we thought if we could get 5 percent (900) we could make it work,” said Deacon Ray Duplechain, executive director of the Office of the Permanent Diaconate for the Archdiocese of New Orleans and chair of the National Association of Diaconate Directors.

“This is certainly a chance for us to hear what the church and the bishops have to say about the diaconate, and we will be listening intently to both the affirmation and the challenges,” he told the Clarion Herald, New Orleans’ archdiocesan newspaper.

Other speakers will be Bishop Frederick F. Campbell of Columbus, Ohio, and Bishop W. Shawn McKnight of Jefferson City, Missouri, as well as Deacon Dom Pastore (along with his wife, Teresa Tameo Pastore) of Detroit; Deacon William Ditewig, former executive director of the bishops’ Committee on the Diaconate; Deacon James Keating of the Institute for Priestly Foundation at Creighton University; and Deacon Greg Kandra of Brooklyn, New York, author of “The Deacon’s Bench” blog.

In addition to the major addresses, there will be more than 30 workshops over the three days on various aspects of diaconal ministry, most presented by deacons.

Deacon Duplechain said he expects a major study of the diaconate to be released during the conference by the Center for Applied Research in the Apostolate, which would be the first update since research was done in 1981 and 1996. The study is based on surveys of deacon directors and active deacons across the U.S., Deacon Duplechain said.

In addition to hosting the first congress in 1994, the Archdiocese of New Orleans has had strong ties to the National Association of Diaconate Directors because of the work of Deacon Jim Swiler, the longtime diaconate director in New Orleans and the first deacon to serve as chair of the national group, Deacon Duplechain said.

To accommodate the large gathering, daily Mass will be celebrated at the New Orleans Marriott, one of the congress hotels, because St. Louis Cathedral can seat only about 900.

Deacon Duplechain said he was excited to learn more about why the church teaches the sacraments of matrimony and holy orders are considered the only two sacraments “at the service of Communion,” enabling individuals to direct their lives in a sacramental way for the salvation of others, building up the body of Christ and themselves being saved in the process.

“What I hope to see is the deep commitment of men and women in the sacrament of matrimony and the connection of that to the order of deacons,” Deacon Duplechain said. “The diaconate is a restored reality in the church, and it has provided much fruit in terms of service to the church.”

There are about 30,000 permanent deacons worldwide.

PREVIOUS: All eyes now fixed on Kavanaugh and Roe

NEXT: If it is broke, fix it: Ideas on reshaping U.S. immigration policy