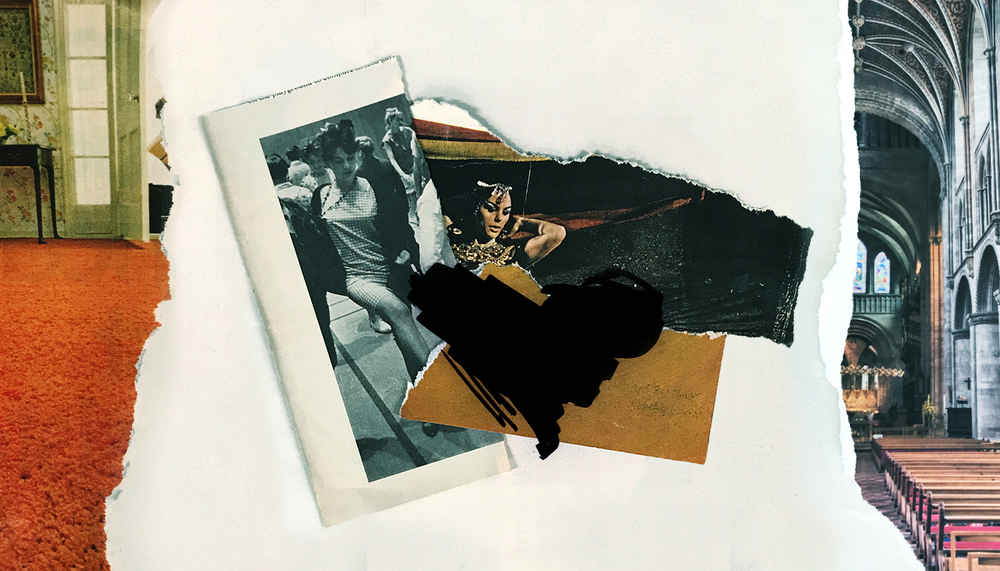 After the retreat he started going to church.

He was hanging out with the youth group kids, and his youth minister, all the time. He was more kind. Free. He seemed… happy.

When it became clear I wasn’t eager to go to church with him, he took a different approach; he’d start showing up at my boyfriend’s house TWO HOURS EARLY to pick me up. Or he’d stand in the door of our house with no shirt on – BB gun in hand – whenever my boyfriend came over, refusing to let him in.

We put padding in our bras, threw on some high heels, and had more makeup on than any sane human being should, except for a costume party. Maybe. And this was back in the white eyeliner days… how was that ever okay??

Then one of the senior guys picked us up in his jeep and took us to a party in downtown Albany.

Until I thought I was going to throw up…

And not because of the beer.

It was like a scene from a movie: when he walked in, there was a sharp stop on the track the imaginary DJ in the corner was dropping, the girl in the kitchen dropped her glass – and her jaw – and all eyes were darting nervously back and forth from brother and sister, wondering what Fr. Tom was going to do.

And with everyone’s breath held tightly in their chest, all he calmly said was,

I didn’t say a word in the car.

I was terrified, already mourning the next month of social life I’d miss being grounded. Tom was clearly disappointed with me, but he struck a deal; he’d take me back to my friend’s, instead of our parents, if I went to church with him the next day.

SCORE. A get out of jail free card. I couldn’t believe he was having such mercy on me. The easy answer was “yes,” of course. And honestly, I was sort of intrigued by the whole church thing since he’d been asking me about it for so long anyway.

His friends at church were super nice and welcoming, but they lifted their hands during mass and that was weird. But I remained open since I’d never seen anything like it before. Plus the youth minister, Bob, reminded me of Nonna – he had the same light and the peace as her, and an authenticity I hadn’t seen in many people. He got up after Mass and announced that there would be adoration for youth group that night.

But hey, whatever, I’m not at home writing “I will not lie to mom and dad to go drinking in downtown Albany” 500 times in a notepad.

Someone that was part of his life, not just a distant concept or far off story from the past. Someone that had come into his life and radically changed it. It wasn’t fancy – in fact it was very short – but it was an honest sharing from his heart, about how he had been affected by this incredible love. It was powerful, hitting me right in the gut.

When we were invited to kneel for a time of adoration, I looked around to make sure my posture was like everyone else’s (since I still didn’t know what adoration was), briefly letting go of my clasped hands for a second in order to pull my belly shirt down to cover myself. It was winter and I had a slight chill about me the whole night – until Father Brucker walked in. I’ll never forget it.

I SWEAR I INSTANTLY FELT COVERED IN WARMTH.

Megan Mastroianni is the associate director of Anthem, the youth and young adult ministry of the Archdiocese of Philadelphia.

NEXT: Confessions of a pothead