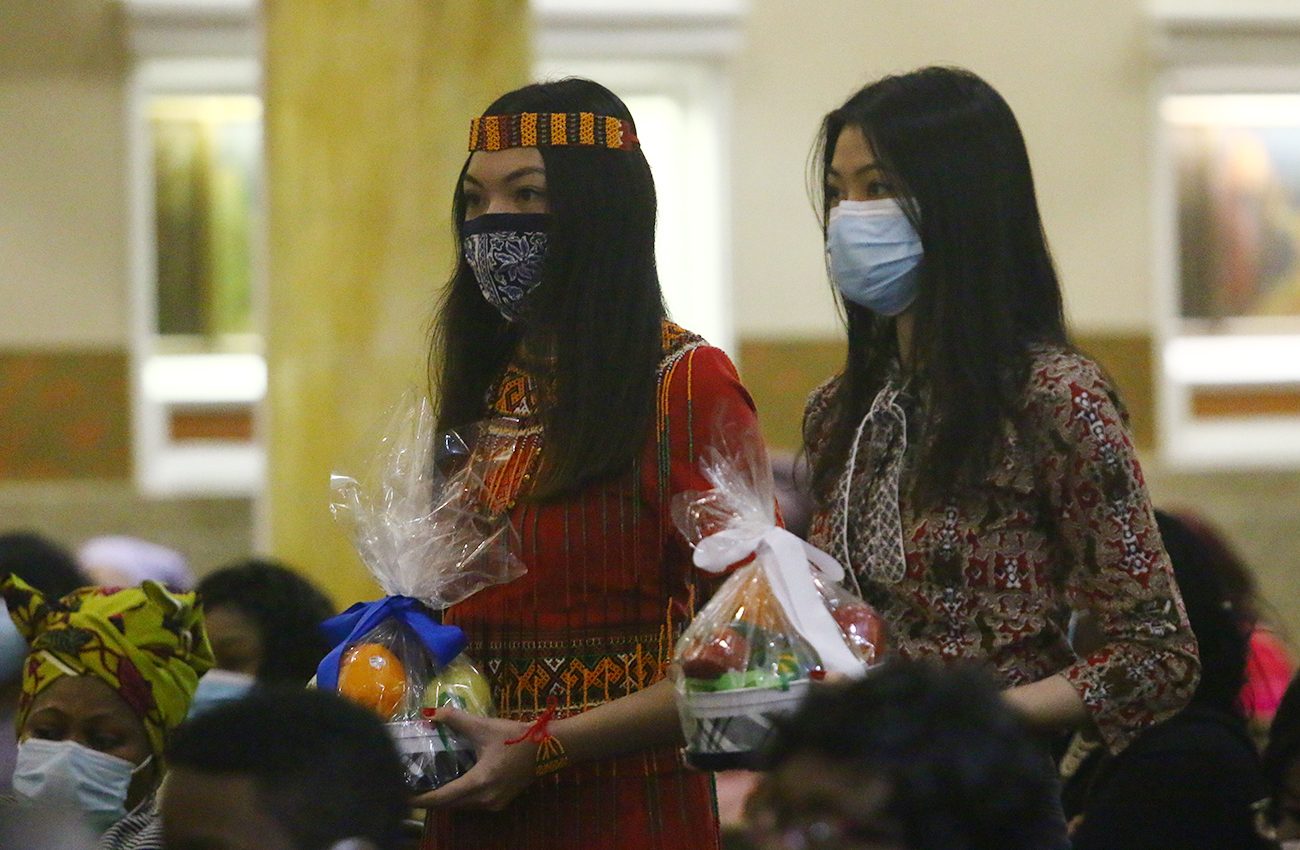 Attendees process during a January 2021 Mass for youth and young adults celebrated at St. Cyprian Church in Philadelphia. (Sarah Webb)

As summer winds down, young adult ministries throughout the Philadelphia Archdiocese are gearing up for a busy season of fellowship and outreach.

This Saturday, Aug. 21, a local Young Catholic Professionals (YCP) chapter will be introduced with a Mass and launch party at the National Shrine of St. John Neumann, located at St. Peter the Apostle Parish in the city’s Northern Liberties section.

With 27 chapters throughout the country, YCP equips professionals in their 20s and 30s to live out their faith through their everyday work. Archbishop Nelson Pérez, the principal celebrant and homilist for the liturgy, recently approved the group’s expansion into Philadelphia, while the Catholic Foundation of Greater Philadelphia (CFGP) awarded YCP a $25,000 grant toward the effort.

The archdiocese is also preparing to officially welcome missionaries from the Culture Project, an international young adult initiative designed to transform culture by promoting the power of virtue, human dignity and sexual integrity.

Dozens of volunteers have been “working on painting and setting up” the missionaries’ living quarters near Cardinal O’Hara High School in Springfield, said Matthew Davis, director of the archdiocesan Office of Ministry with Young Adults (OMYA).

Creating community is at the heart of ministry to young adults, said Davis, who quoted Archbishop Pérez in summing up OMYA’s goal: “connect, grow and share.”

“We want to connect young adults in the sense of finding community — getting connected to God, to other young adults, to parishes, to the archdiocese,” said Davis. 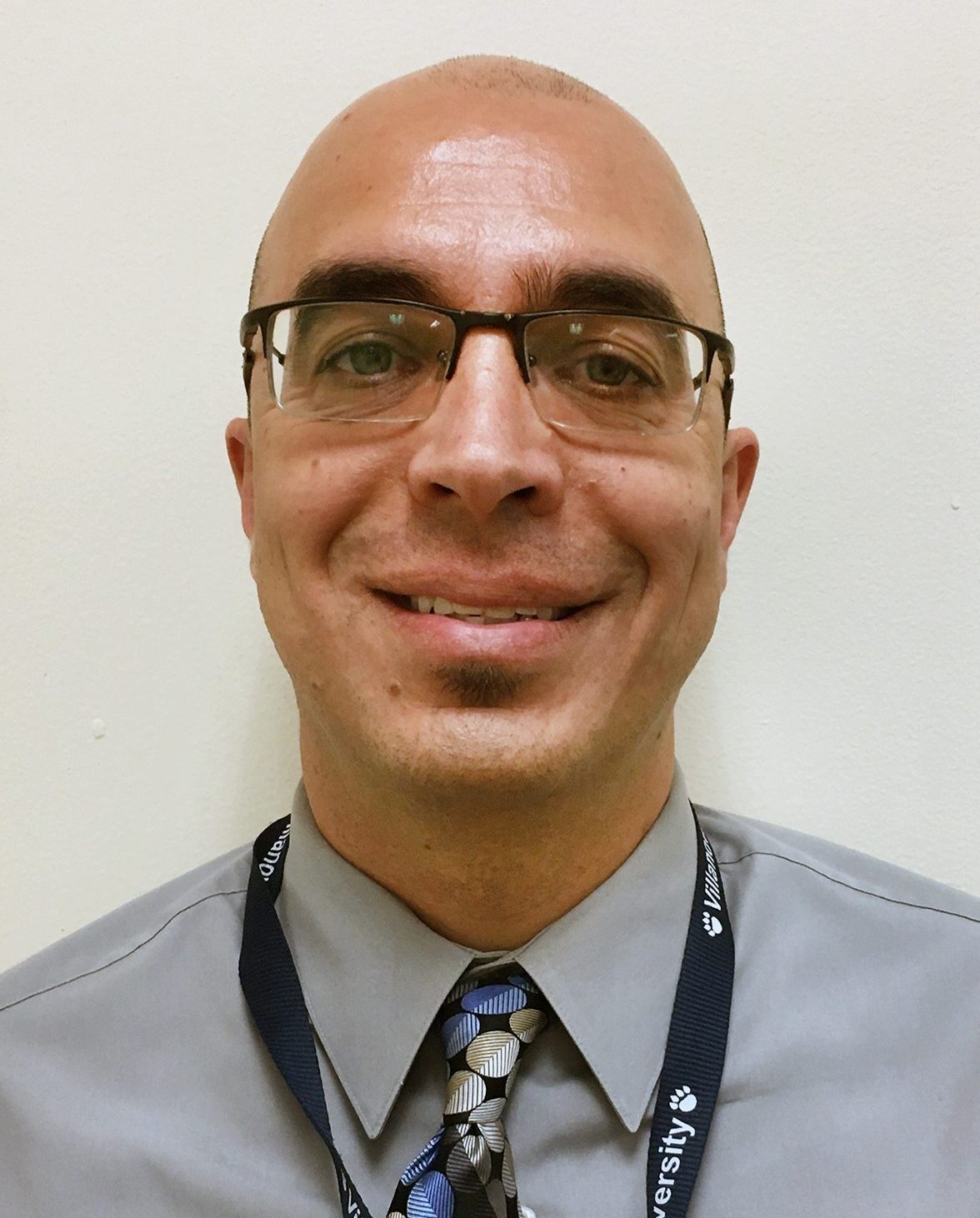 Matthew Davis, director of the archdiocesan Office of Ministry with Young Adults, is looking reach those who are “disconnected, reconnected or connecting for the first time” in relation to the Catholic faith. (Sarah Webb)

The second step is to help young adults “grow in their love of God and their understanding and love of the Catholic faith, while developing “as a person and in relationship with others,” he said.

Then, “once you’ve been connected and you’ve grown, you share your faith, gifts, talents and service with others,” Davis said.

Right now, he’s focused intently on step one: since his appointment last October, Davis has spent the past year surveying young adult ministries throughout the archdiocese, “asking what’s going well, what we can do better and how we can support them.”

The results have been surprising, he added.

Davis said he initially estimated there were “about 21 or 22 young adult groups” within the five-county archdiocesan area, but in fact there are at least 51 organizations, spanning “a mix of parish-based groups and regional groups.”

The latter “may draw young adults from multiple parishes” thanks to a “common vision, rather than a common geographic location,” said Davis.

YCP is one example of such an outreach, as is Philly Frassati, part of a loose international network that offers outdoor adventures, Mass and prayer in the spirit of Blessed Pier Giorgio Frassati, a patron of young adults. On Aug. 27 at 8 p.m., Philly Frassati will host “The Summit,” featuring Mass, eucharistic adoration and street evangelization, at the Cathedral Basilica of SS. Peter and Paul.

Cultural considerations are also key in young adult ministry, said Davis, a Spanish speaker who previously headed up the archdiocesan Office for Pastoral Care of Migrants and Refugees.

“For young adults in Hispanic and other communities, it can be a little bit of a challenge,” he said. “They don’t necessarily belong in the church of their parents’ world … since they may not be fluent in that language and since they grew up here. But they also might not fit into a suburban church youth ministry, and so they’re somewhat in-between.”

At the same time, that dynamic can be a bond, creating a “shared experience” among young adults from various ethnic and cultural heritages, said Davis.

“There are lots of possibilities among second-generation young adults for connection and encounter,” he said.

More difficult to engage – especially as religious disaffiliation grows in the U.S. — are young adults with no prior faith experience or catechesis at all, Davis admitted.

“If they’re not brought to the faith by their families, how do we even get that first encounter with them?” he said. “There are definitely a lot of young adults we’re still not reaching, and it’s an area in which we as a church need to improve.”

Sports events may draw “people who might not come to other things,” he said, while calling for an increase in Catholic outreaches on campuses of community and two-year colleges, which often lack Newman Centers.

Providing structure and resources for young adult ministry in the archdiocese is essential, Davis said, noting that he and colleague Marisally Santiago, director of the Office for Ministry with Youth (OMY), are coordinating regular meetings among youth and young adult ministry leaders.

“A lot of the groups don’t know each other,” said Davis.

For that reason, OMY and OMYA will sponsor a Sept. 25 retreat for working in youth and young adult ministry. The all-day program, entitled “Come to the Altar,” will take place at the Miraculous Medal Shrine in Philadelphia and will include workshops, eucharistic adoration, confession and Mass celebrated by Archbishop Pérez.

Also in progress are updated websites for both offices, with user-friendly methods for event submissions from area youth and young adult groups.

Davis said he and Santiago favor a “both/and” approach to their work, one that “sees a value in planning” but remains “responsive to the Spirit.”

“If we’re getting feedback that something’s not working, we’re not going to keep doing it,” he said. “We want youth and young adults to create groups and ministries that fit their needs and interests.”

The close partnership between OMY and OMYA also helps to prevent gaps in outreach that could allow teens and young adults to fall through pastoral cracks, said Davis.

“Marisally and I were discussing how teens get to confirmation, and then 50% don’t go to the youth group. Then after they finish youth group, 50% of those kids don’t go to a young adult group,” he said. “We need a smoother process of landing pads for people at each one of these milestones, so that they’re purposely connected to the next step.”

Regardless of where the next generations are in relation to the faith – “disconnected, reconnected or connecting for the first time” – Davis and Santiago are ready to meet young adults and youth wherever they’re at.

“No one has exhausted the spiritual journey,” said Davis. “Everyone can keep growing in the love of God, and we can help empower them to reach out to each other.”

NEXT: Young adults ‘connect, grow and share’ faith to reach others