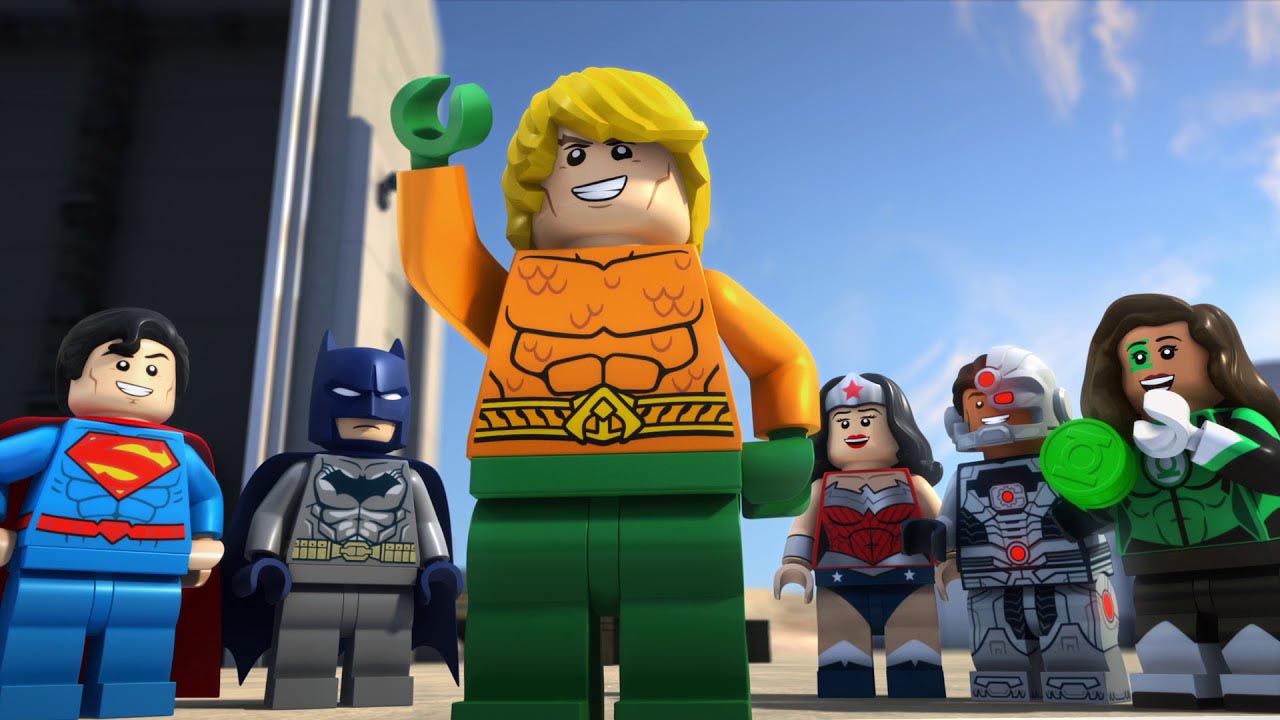 This is a scene from the animated movie "Aquaman: Rage of Atlantis." (CNS photo/Warner Brothers Home Entertainment)

NEW YORK (CNS) — For parents and comic fans weary of the adult nature of many modern superhero films, a safe refuge can be found in the “Lego DC Super Heroes” movies. Colorful and free of violence and profanity, these animated direct-to-video adventures often offer what more self-serious comics-based titles don’t: namely, fun.

While not as sharp and funny as the recent installment of the series featuring the Flash, “Lego DC Comics Super Heroes: Aquaman — Rage of Atlantis” (Warner Brothers Home Entertainment) is an action-filled entry suitable for all age groups. It features positive messages about family, the environment and overcoming obstacles through selfless care for others.

Far beneath the sea, Atlantean troublemaker Ocean Master (voice of Trevor Devall) — whose real name is Ormy and who is the half-brother of Aquaman — dethrones his sibling (voice of Dee Bradley Baker), the King of the Seven Seas. Joined by super-villain Atrocitus (voice of Jonathan Adams), who uses a “red rage lantern” to hypnotize Atlanteans, Ocean Master also acquires a powerful alien orb from intergalactic bounty hunter Lobo (voice of Fred Tatasciore).

While Atlanteans are red-eyed and frantic, Ocean Master uses the power of the orb to send a massive army of robots through the Red Sea Gate to the surface world. Additionally, Ocean Master has acquired a doomsday weapon: the Submerged Limitless Underwater Rapid Pump, or SLURP, which will drain all the water from the air-breathing Earth above.

The greedily over-consuming surface dwellers, so he hopes, will finally suffer the depletion they are inflicting on the Earth’s resources. Of course, Aquaman and the Justice League are there to attempt to foil Ormy’s plan.

“Rage of Atlantis” director Matt Peters and screenwriters Jim Krieg and Jeremy Adams know what makes the Lego superhero movies tick: Introduce a bad guy with a master plan for world domination, move quickly from one clever action sequence to another, bring on heroes who can wink at the silliness of their images, add an upbeat musical score with comic elements and provide good moral lessons.

Finally, keep the entire thing at a reasonable playing time — in the case of “Aquaman,” an hour and 15 minutes.

Even if many of the jokes fall flat, the action scenes in “Rage of Atlantis” are imaginative and the setting is rendered in gorgeous colors. The voice actors, many of whom are veterans of the DC Lego films, are all excellent: Troy Baker as Batman, Nolan North as Superman, Grey Griffin as both Wonder Woman and Lois Lane as well as Khary Payton as Cyborg.

“Aquaman” also offers strong moral lessons. Green Lantern Jessica Cruise (voice of Cristina Milizia), who is a brand-new hero and is struggling to learn how to deal her new powers, gains real strength when she altruistically protects her friends. “When I saw you two in trouble I stopped thinking about myself and just acted,” she says.

Aquaman, moreover, forgives his brother for his attempted underwater coup. “Like it or not, we are family,” Aquaman says, “and family has to stick together.”

There is also an environmental message. Surface dwellers are called “mouth breathers” and condemned for being “the 29 percent who use most of the world’s resources.”

The Catholic News Service classification is A-I — general patronage. Not rated by the Motion Picture Association of America.