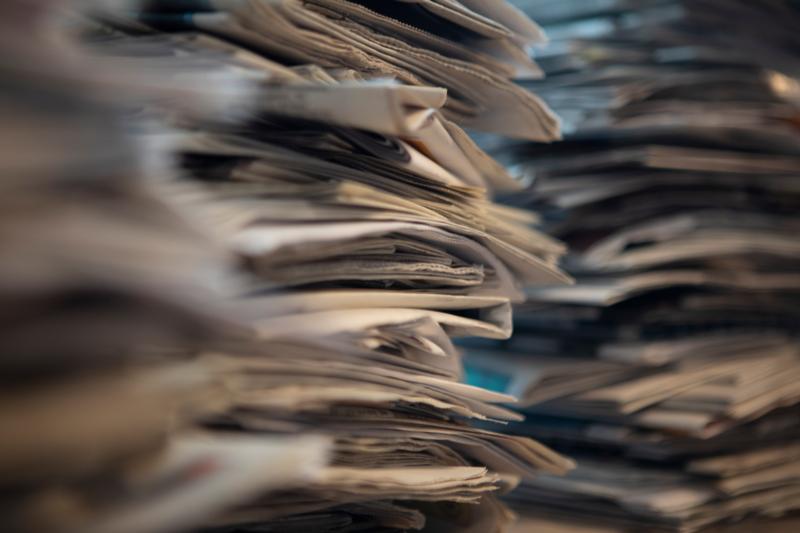 WASHINGTON (CNS) — The International Trade Commission unanimously reversed a series of tariffs Aug. 29 that the U.S. government had slapped on Canadian-produced newsprint.

Publishers based in the United States were joyous at hearing the news.

We are in agreement with the STOPP Collation,” an acronym for Stop Tariffs on Printers and Publishers, a group of professionals in the printing and publishing business whose already-thin margins were being eroded by the tariff, Weismantle added. “This was definitely something that should not have occurred.”

Weismantle said she and the newspaper’s printer “were going back and forth (texting) about this (reversal). I told him, ‘I’m going to be doing a lot of praying.’ He said, ‘Great news. Now we just have to wait and see if the paper mills are actually reducing their price.’ ‘Wouldn’t it be nice if they refunded all the money we had to pay?'”

No champagne corks popped at the office, Weismantle told Catholic News Service, “but I did shout hooray!”

“The (federal) Dept. of Commerce recently upheld the tariffs and, though they revised them to slightly lower levels — but still as high as 20 percent — the tariffs would have been unsustainable for newspapers, other printers and publishers and printers,” said an Aug. 29 statement from David Chavern, president and CEO of the News Media Alliance, a trade association of print and digital news organizations.

“Fortunately, our voice was heard at the ITC hearing last month, and they made the right call today in reversing these harmful tariffs,” Chavern added.

“From the start, we knew this tax on newsprint would immediately harm commercial printing companies, book printers, service companies, equipment suppliers and ultimately, consumers,” said an Aug. 29 statement from Michael Makin, president and CEO of Printing Industries of America.

“After analyzing the facts, the ITC has issued the right decision to protect American jobs across the country,” Makin said. “Small businesses that are part of the printing industry can breathe a sigh of relief.”

The tariff was imposed early this year after a complaint by a firm in Washington state. The federal government agreed with the complaint, and tariffs steadily rose throughout this year until the Commerce Department adjustment earlier this summer.

Next to labor, most newspapers’ biggest budget item is newsprint. Some publishers responded to the tariff by cutting the number of pages or trimming the size of the pages. One small daily newspaper in Iowa folded rather than risk facing a slowly rising tide of newsprint costs.